Microsoft says Windows 10 is a “service,” and the company updates it frequently with security patches, bug fixes, and new features. Updates normally happen automatically in the background, so let’s demystify that: Here’s what Windows is installing and when.

How Often Does Windows 10 Check for Updates? 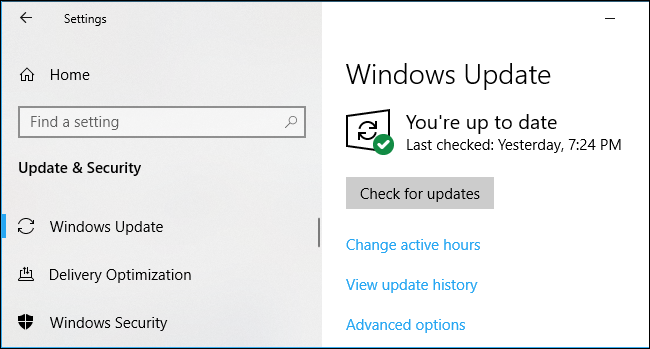 Windows 10 checks for updates once per day. It does this automatically in the background. Windows doesn’t always check for updates at the same time every day, varying its schedule by a few hours to ensure Microsoft’s servers aren’t overwhelmed by an army of PCs checking for updates all at once.

If Windows finds any updates, it downloads and installs them automatically.

While Windows 10 does check for updates once per day, that doesn’t mean it’s installing them every day. Microsoft doesn’t release Windows Updates every day, so Windows Update will often find no updates available and not install anything. 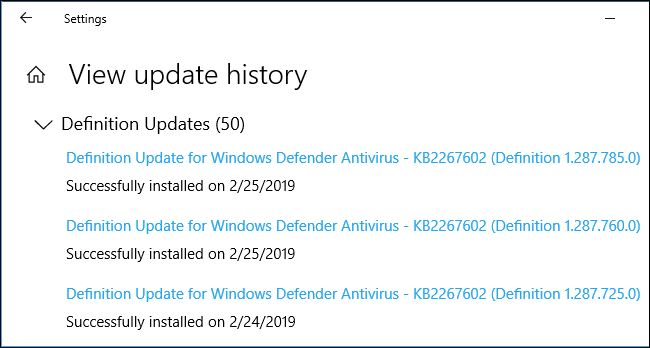 Microsoft’s Windows Defender application, now known as Windows Security, is an antimalware (antivirus) application built into Windows 10. It runs automatically in the background and protects your PC. If you install a different antivirus, the built-in Windows antivirus disables itself and lets your antivirus of choice work.

Like all security applications, Microsoft’s antivirus needs regular definition updates, so it can identify and catch the latest discovered malware. These updates are small, quick, and don’t require a reboot. You won’t even notice your PC is installing them unless you open the Windows Update page in Settings and are keeping an eye on it.

Source: https://www.howtogeek.com/406120/why-does-windows-10-update-so-much/
Proactive Computing found this story and shared it with you.
The Article Was Written/Published By: Chris Hoffman