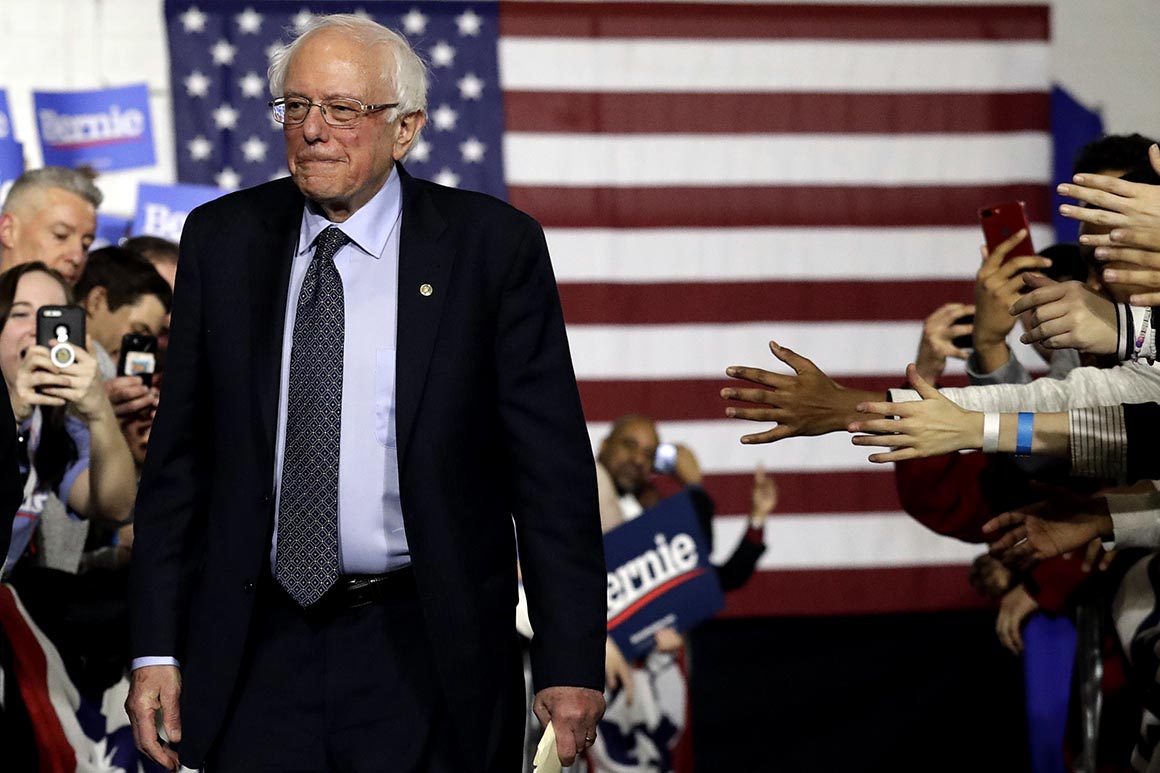 Sen. Bernie Sanders said Monday that “too many lives are being destroyed” by federal laws banning marijuana use, telling a morning radio show that he supports decriminalizing the drug even though his personal experience with it is limited.

In an interview on “The Breakfast Club,” a nationally syndicated morning radio show, the 2020 presidential candidate reiterated his stance on cannabis, calling for legalization of the drug due to the disparities he says it’s created in the criminal justice system. His comments marked the most recent example of a 2020 candidate speaking in support of decriminalizing marijuana, an issue that’s moved from the fringes of the last presidential campaign cycle to center stage.

“Too many lives are being destroyed. Hundreds of thousands of people get criminal records. You know why? Because they have smoked marijuana,” Sanders (I-Vt.) said when asked about the issue. “That’s insane.”

When asked if he’d ever smoked marijuana, Sanders told the talk show’s hosts he had a few times, echoing what he told reporters in 2015.

“Didn’t do a whole lot for me,” he said Monday. “My recollection is I nearly coughed my brains out, so it’s not my cup of tea.”

In 2016, Sanders was a more vocal proponent of marijuana legalization than his 2016 rival, Hillary Clinton. But the subject has increasingly been put center stage for candidates vying for the Democratic nomination, with 2020 contenders Sens. Cory Booker (D-N.J.) and Elizabeth Warren (D-Mass.) having sponsored legislation to decriminalize the drug. Sen. Kamala Harris (D-Calif.), a former prosecutor, has joined the chorus of supporters and said during a “Breakfast Club” interview last month that she tried smoking marijuana in college.

On other topics, Sanders diverged from some of his declared 2020 opponents. Unlike Harris — who said she was in favor of reparations for African Americans during her interview with the radio show last month without offering much in the way of specifics — Sanders said Monday that he was opposed to straight cash payments as a means of making amends for past racial injustices.

“Just a check to every African American? Well, then there’s a check to every Native American who were nearly wiped out when the settlers first came here,” Sanders said. “I think the way to move forward is to build America together.”

The senator said his agenda would focus on paying attention to communities in distress of all demographics. He criticized President Donald Trump for failing to do just that.

While he told his “Breakfast Club” interviewers that he believes he’s the best candidate, Sanders pledged to support whoever the Democratic nominee is in their quest for change. He characterized as unfair criticism that he had not been sufficiently supportive of Clinton at the end of their at times bitter 2016 primary, citing his national tour in support of her presidential campaign. Sanders said he hope the many new faces vying for their party’s 2020 nomination will do the same and unite around the party’s eventual pick.

“You cannot simply be anti-Trump,” he said. “You’ve got to give the American people a vision of how you want to run this country.”

Source: https://www.politico.com/story/2019/03/04/bernie-sanders-marijuana-reparations-1201388
Droolin’ Dog sniffed out this story and shared it with you.
The Article Was Written/Published By: Katie Galioto