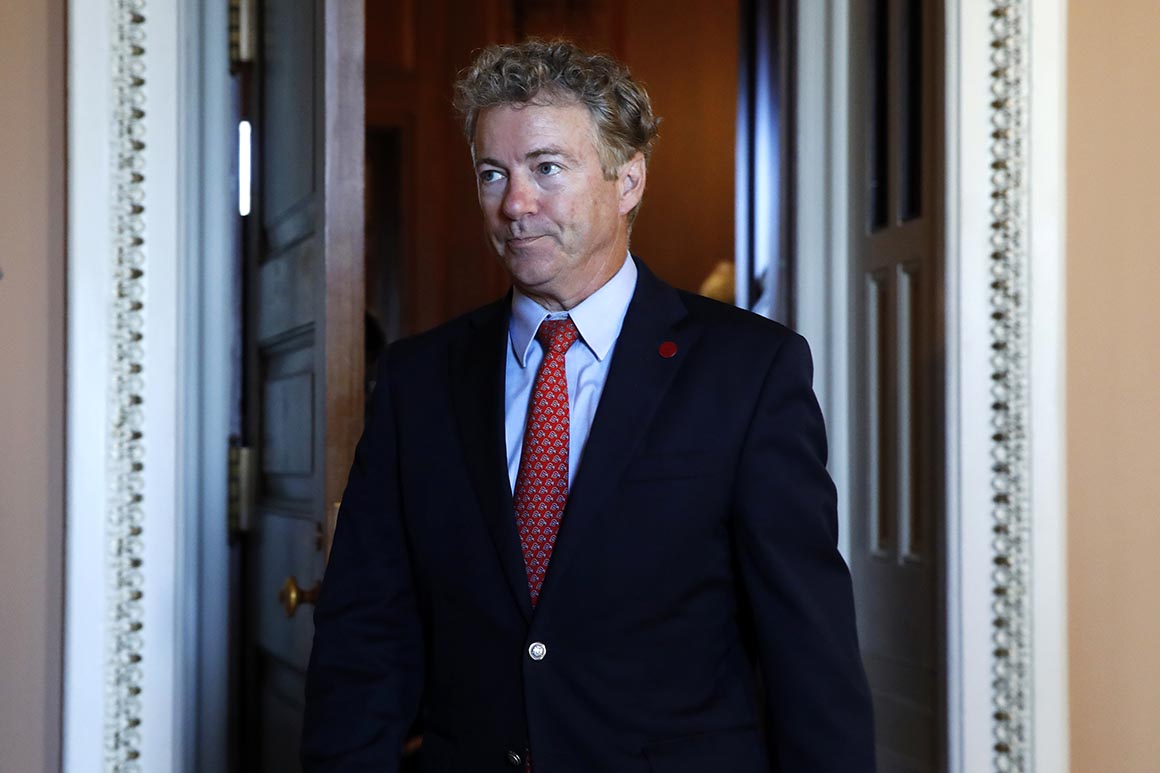 Sen. Rand Paul (R-Ky.) says he will vote to disapprove of President Donald Trump’s national emergency declaration, clinching a bipartisan majority in opposition of the president’s move to secure funding for a border wall.

“I can’t vote to give the president the power to spend money that hasn’t been appropriated by Congress,” Paul said at an event in Kentucky on Saturday, according to the Bowling Green Daily News. “We may want more money for border security, but Congress didn’t authorize it. If we take away those checks and balances, it’s a dangerous thing.”

Paul becomes the fourth Republican senator to pledge to vote for the disapproval resolution when it comes up for a vote in the Senate this month. Trump has vowed to veto the resolution, though both the House and Senate will lack the votes to override the veto.

Source: https://www.politico.com/story/2019/03/03/rand-paul-trump-national-emergency-1200372
Droolin’ Dog sniffed out this story and shared it with you.
The Article Was Written/Published By: Burgess Everett