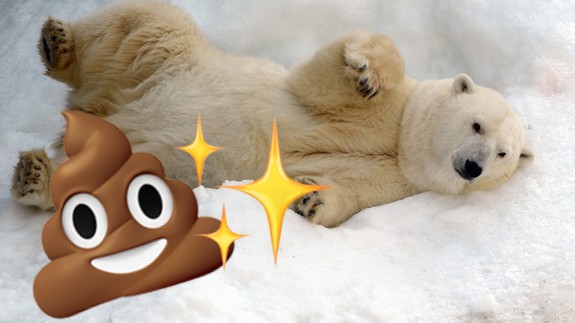 Fighting extinction is a daunting and demanding task, but it does come with some quirky perks for the scientists willing to tackle it — like the opportunity to sort through thousands of packages of glitzy, glittery polar bear poop.

Researchers at the Cincinnati Zoo and Botanical Gardens have been hard at work investigating means of conserving the global polar bear population since 2008. Focusing predominantly on the polar bear’s reproductive system, these scientists have spent over a decade attempting to crack the code on increasing the species’ population despite the continued threats posed by climate change. Read more… Source: https://mashable.com/article/polar-bear-glitter-poop-cincinnati-zoo/
Droolin’ Dog sniffed out this story and shared it with you.
The Article Was Written/Published By: Alison Foreman