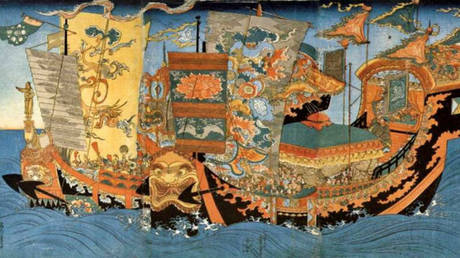 Archaeologists have announced the discovery of a drink that was said to promise everlasting life. It was found secretly stowed away in a 2,000-year-old bronze pot in an ancient tomb in central China’s Henan province.
Read Full Article at RT.com

Source: https://www.rt.com/news/452930-immortality-elixir-discovered-china/?utm_source=rss&utm_medium=rss&utm_campaign=RSS
Droolin’ Dog sniffed out this story and shared it with you.
The Article Was Written/Published By: RT