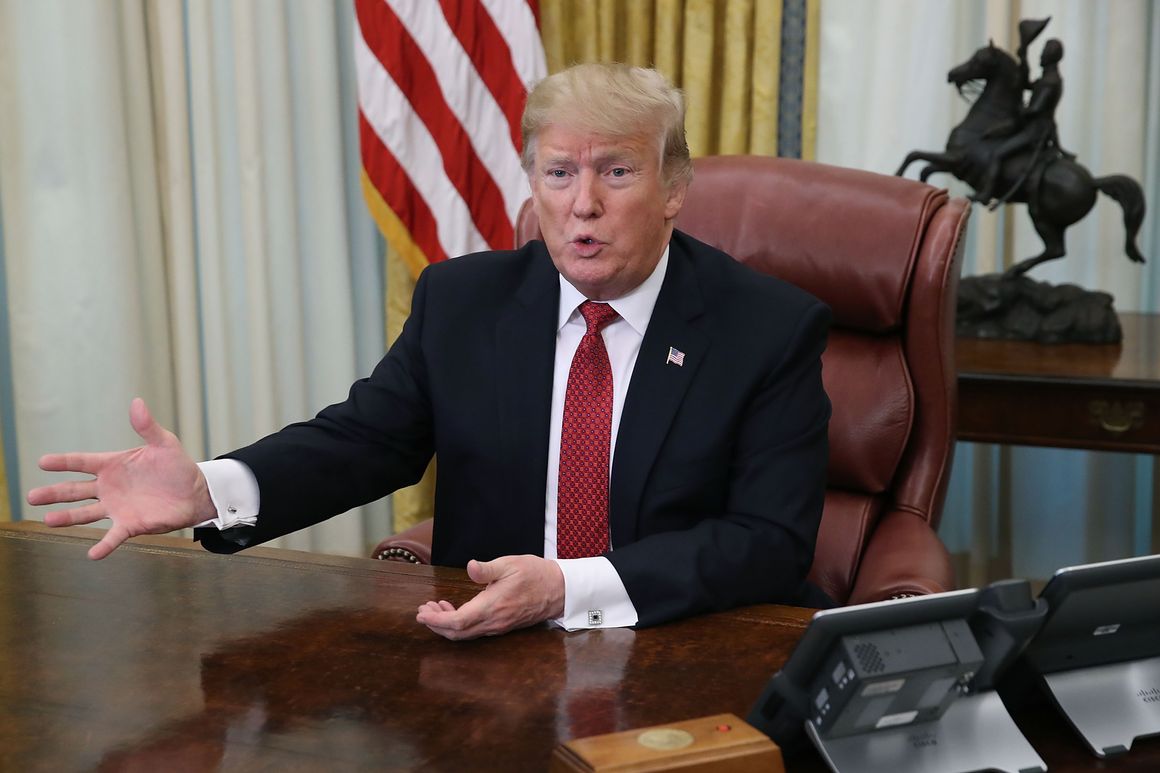 So it is with the yearlong China-U.S. trade war, which now appears to be in its final stages. Tariffs will be lifted, Beijing will promise to buy more American goods and take a harder stance on technology transfers and industrial espionage, and Trump will declare victory.

Yet any victory will be Pyrrhic, at best. The China trade war has been both phony and costly—managing to unsettle the economies of the United States, China and the region. Trump has sown the seeds of future tension and distrust, while altering the structure of the relationship barely at all except perhaps marginally for the worse. Everything that the two sides are now scrambling to settle before a summit between Trump and Xi Jinping in late March could have been achieved without a year of rather pointless and toothless sanctions.

Yet, as demonstrated by the bizarre spectacle of the president debating in front of the Chinese delegation and in the Oval Office with U.S. Trade Representative Robert Lighthizer about the meaning of a “memorandum of understanding” versus a “deal,” the optics of all of this remain most important to the White House.

In this phony war, the rhetoric has been much more substantial than the reality. Yes, there are stories galore of how these tariffs are hurting the Chinese, hurting American soybean farmers whose exports to China have plummeted, and undermining Xi’s iron grip on power. No doubt, the very fact of tariffs on a broad spectrum of goods has unsettled the relationship and created tremors in China as people there assess the possible consequences of a real economic rupture.

Yet, some basic math is instructive here. Ten percent tariffs on $200 billion of Chinese goods is, well, $20 billion a year; along with the 20 percent tariffs on around $50 billion on other Chinese products, which is $10 billion a year, that’s $30 billion. In the context of a bilateral trade relationship in goods of more than $600 billion a year, plus another $100 billion or so in services, it’s not much. Or zoom out even further: Trump’s vaunted tariffs represented about 4 percent of total trade. In the context of the $30 trillion-plus combined economies of the two countries, that amounts to well, very little.

And what’s more, the tariffs have dented overall U.S.-China trade activity barely at all, according to the official figures of the U.S. government. The run-rate for U.S. imports of Chinese goods—the ones Trump promised would soon be made once again in the United States—has remained fairly consistent. The U.S. trade deficit with China, which defenders of the trade war use as Exhibit A to prove that something has to be done, has actually increased in the past months. That’s because U.S. exports to China are down tens of billions of dollars—which is why those soybean farmers in the Midwest are receiving federal subsidies. So, contrary to Trump’s claims that the Chinese are “paying billions of dollars” to the U.S. Treasury, the primary economic repercussions of the trade war have been that Chinese companies and consumers are spending far less on American goods, while Americans have been paying a $30 billion annual tax, give or take. If the point of all of this was to reverse the trade deficit, force multinationals to shift production back to the U.S. and stop China from intellectual property theft, then it is hard to call this year anything other than smoke without fire.

Nor does it appear that the various and sundry agreements that will be part of Trump’s ultimate deal with Xi, assuming he gets one, are much different from agreements Beijing cut with Trump’s much-maligned predecessor, Barrack Obama. Xi and Obama met multiple times and agreed to end state-sanctioned cyber espionage. Xi also promised, cross his heart, that China would increase purchases of U.S. goods and take a close look at irritants in U.S.-China relations like mandatory technology transfers and rules limiting foreign ownership of companies in China. Beijing already did the easy part: Year by year, China has been buying more U.S. exports. As for the rest, not so much.

The problem with Trump’s phony trade war is that it has been just disruptive enough to cause consternation and insecurity on both sides of the Pacific and not nearly enough to force anyone to change much at all, except where things were changing anyway. Take intellectual property and joint ventures: Under Xi and his Made in China policy, Beijing has been investing heavily in domestic research and development. That has been bearing fruit in areas such as artificial intelligence and a home-grown 5G telecommunications standard, potentially leapfrogging China ahead of the United States. As a result of this success, China has its own reasons to both safeguard its own intellectual property and not rely on the United States—tariffs or no tariffs.

Especially given Trump’s failure in Hanoi, it is highly likely a U.S. president desperate for a win will strike some sort of deal with Xi. Those will include a promise by China to buy more American goods (which they were on course to do before the tariffs), to more strictly enforce intellectual property rules (which they are now doing anyway in order to protect their own domestic IP) and allow for more direct investment in China (which, given the levels of debt in China, they want anyway). Don’t, however, be fooled by Trump’s grandiose claims of success. This was a war America certainly didn’t need to fight, and probably didn’t even win.

Source: https://www.politico.com/magazine/story/2019/03/01/trump-phony-trade-war-china-225514
Droolin’ Dog sniffed out this story and shared it with you.
The Article Was Written/Published By: (Zachary Karabell)