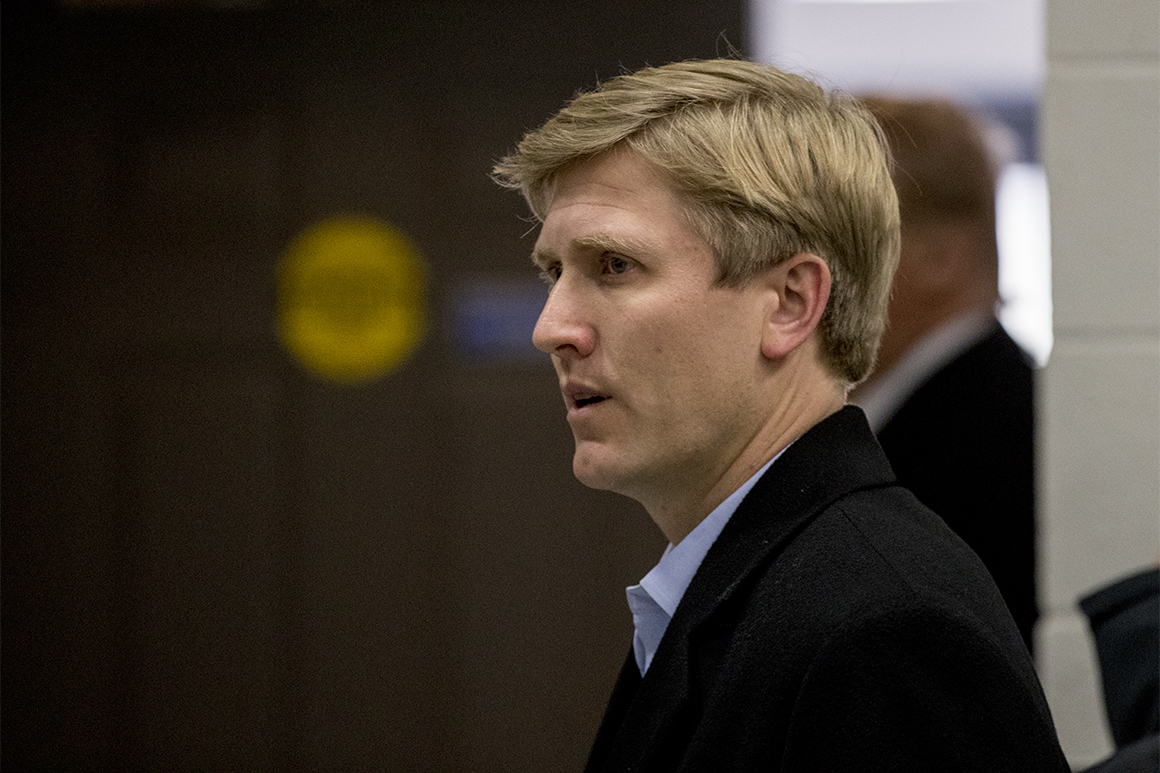 President Donald Trump wants to raise $1 billion for his reelection. But his top advisers worry that the super PAC at the center of that effort is hurting, lacking a high-wattage leader who can cajole millionaire and billionaire donors to fork over huge sums.

Trump political aides, members of the president’s family, and top Republicans have been considering potential candidates to spearhead America First Action’s 2020 fundraising efforts. They want someone with deep ties to the president and the clubby world of major GOP donors.

But the nationwide search has so far come up empty. Super PAC organizers at one point came up with a roster of around two-dozen names that included Robert Kraft, who was never seriously considered but was quashed anyway after the New England Patriots owner — a fixture at the president’s Mar-a-Lago resort — was charged with soliciting prostitution. Another person floated for the post was GOP benefactor Kelly Craft, but she was ruled out after being nominated for United Nations ambassador.

Then there’s Nick Ayers. A former White House official who is close to many top Republican givers, he had been widely expected to take a senior advisory role with the super PAC after departing the administration late last year. But the 36-year-old Ayers, who’s spent the last few months with his family and quail hunting in Georgia, has yet to sign on.

Many of those seen as good fits for the post are tied up in administration jobs. Woody Johnson, a former New York Jets owner and Jeb Bush 2016 finance chair, is serving as ambassador to the United Kingdom. Senior White House advisers Kellyanne Conway and Johnny DeStefano have been mentioned, though there’s widespread doubt either will end up at the group.

The extensive search has reinforced rising concerns about America First Action. In interviews, nearly a dozen people close to the president described it as the soft underbelly of a three-tiered, rapidly expanding Trump reelection apparatus. While the campaign has hired over 30 staffers and the Republican National Committee has begun building out an ambitious get-out-the-vote program, many are convinced the two-year-old America First Action has never gotten the attention it needs — and not ready for the heat of a presidential reelection campaign.

The super PAC and its allied nonprofit arm, America First Policies, raised over $75 million during the 2018 midterms — a respectable figure, but short of the $100 million goal it had set for itself. Trump aides say they’re counting on the group to raise between $300 million and $400 million for the 2020 campaign. But that will require a high-profile emissary to conservative givers.

“A super PAC is complementary to the party and the campaign, so it’s a three-legged stool. And you can’t sit on a stool unless you have three legs,” said Bradley Blakeman, who founded Freedom’s Watch, a conservative group that was active during the final years of the George W. Bush White House. “You need the ability to raise money from whatever buckets you can raise from with the intent to elect Republicans in 2020 – especially the president. The pressure is great. And it’s not a thing you want to have done, it’s a thing you need to have done.”

Republican officials are scrambling to fill the vacancy that was created when businessman and Trump family friend Tommy Hicks Jr. left the America First Action chairmanship to take a leadership position at the RNC. The void comes as Democratic billionaires eager to defeat Trump are set to pour millions of dollars into liberal-aligned super PACs.

Roy Bailey, a top fundraising official for America First Action, said the group is “in a time of transition.”

“I think we will end up strengthening our organization internally over the next several months,” he added.

The search has taken on increased urgency in recent weeks with the uncertainty surrounding Ayers, who’d been regarded as the leading candidate for the role. Ayers, the former chief of staff to Mike Pence chief of staff, is close to many of the party’s top givers. He has sought clarity on how his communications with Pence and other administration officials would be restricted, if at all, if he took a role with the super PAC. Federal laws restrict the ability of outside groups and party officials to coordinate their activities.

“I would love for Nick to do it. He could be great if he did, but he’s told people he wants to think about it for a while,” said Doug Deason, an America First Action finance committee member who’s been in touch with Ayers.

Deason and Bailey met over lunch on Tuesday to discuss who might lead the group. But the two struggled to come up with a name.

However, “It doesn’t seem like they have any hot prospects right now,” he added.

For now, the group is leaning heavily on Walsh, a 42-year-old Republican strategist who as president oversees the super PAC’s day-to-day operations. Walsh, who’s worked for an array of conservative candidates and outside groups and has earned praise from top Trump campaign officials, declined to say who might take the chairmanship spot.

“America First Action didn’t exist in 2016. Yet, in less than two years, we’ve raised tens of millions, had a winning record in the midterms, and firmly established ourselves as the primary super PAC in support of President Trump’s re-election,” Walsh said in a statement. “We’re making some adjustments, but greatly appreciate the support we’ve received and look forward to building on the success of the last cycle to help re-elect President Donald J. Trump in 2020.”

Republican officials are anxious for the super PAC to replicate the success of Priorities USA. During Barack Obama’s successful 2012 reelection campaign, the liberal super PAC invested tens of millions of dollars on TV ads assailing Republican nominee Mitt Romney over his career as a venture capitalist. The hope, senior party officials say, is that America First Action will stockpile cash over the next year in anticipation of launching an all-out blitz against the eventual Democratic nominee.

Yet America First Action has confronted an array of complications. After former Trump chief strategist Steve Bannon departed the White House in 2017, word spread that he wanted to start an outside group of his own. That sparked confusion among donors who wondered whether America First Action or Bannon’s planned outfit was the main pro-Trump group.

There has also been a multitude of senior-level departures. Ayers had been helping to spearhead the group but left in 2017 to become Pence’s chief of staff. Parscale left the super PAC last year to become the Trump’s campaign manager. And Rick Gates, a Trump 2016 campaign aide who later became embroiled in the special counsel probe, departed America First Action early on after helping to found the group. Walsh was tapped in April 2017 to bring a measure of stability to the super PAC.

By the end of the 2018 campaign, America First Action had managed to organize carefully tailored events with Trump, Pence, and several cabinet members. And some moves are afoot for 2020: Walsh recently reached out to the White House in hopes of organizing a future event with the president, and Trump’s son, Donald Trump Jr., is slated to appear at a March 12 fundraiser for the super PAC in New York City.

There’s talk among senior Republicans about the possibility of other pro-Trump outfits emerging if America First Action’s leadership situation isn’t settled soon. That could scramble the constellation of conservative outside groups, and raise questions about which pro-Trump organization major donors should give to.

“A strong super PAC can make a tremendous difference,” said Rick Reed, a Trump 2016 adviser who helped to spearhead the Swift Boat Veterans for Truth attacks on John Kerry in 2004. “I’d hope there might be more than one.” 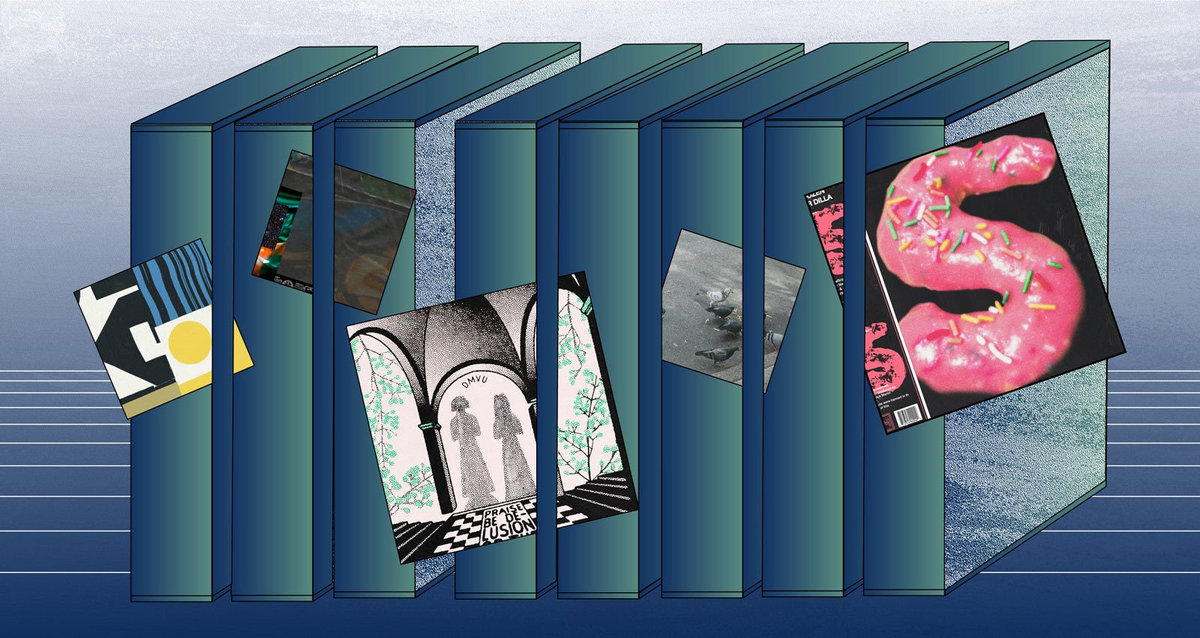