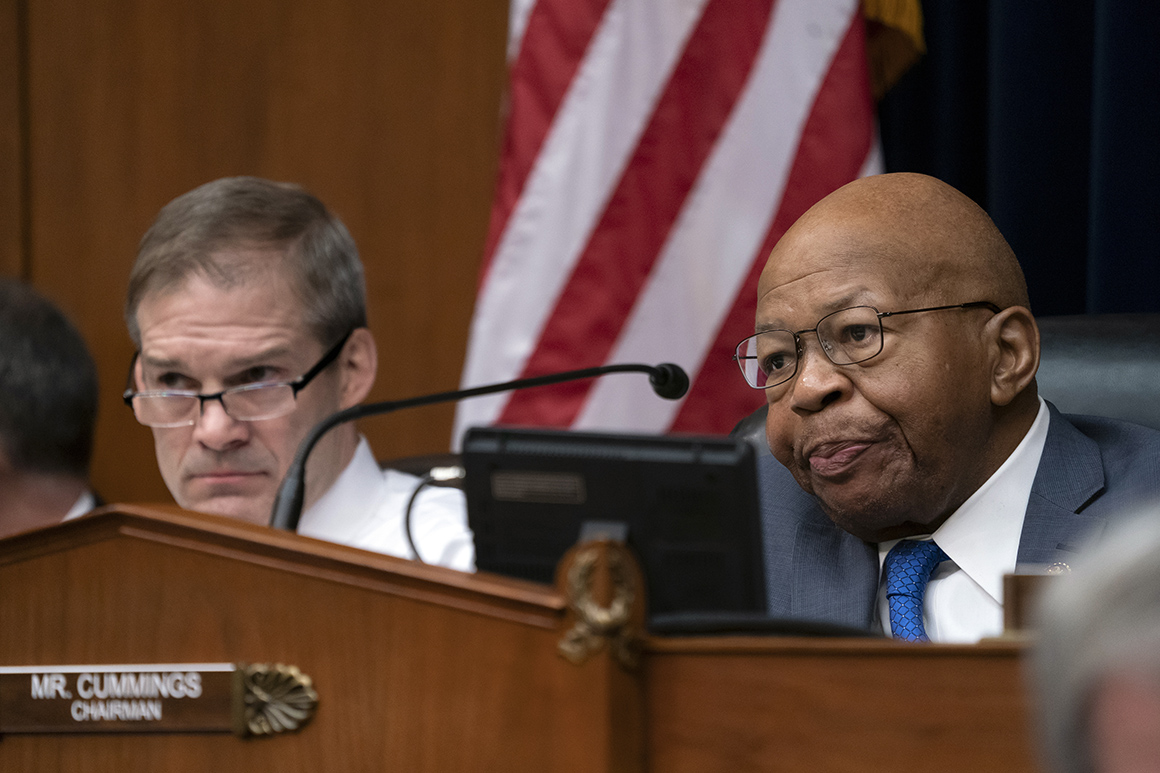 The House Oversight Committee will pursue interviews with some of President Donald Trump’s children and closest allies who were implicated in Michael Cohen’s bombshell testimony before the panel, Chairman Elijah Cummings said Thursday.

In his nearly six-hour appearance before the key House panel investigating the president and his business dealings, Cohen name-dropped several of Trump’s closest confidants and associates, including several of his adult children. After Wednesday’s hearing, Democrats said they were interested in speaking with Donald Trump Jr., Ivanka Trump and Allen Weisselberg, the longtime chief financial officer of The Trump Organization.

“They have a good chance of hearing from us — at least an interview,” Cummings added. “We’ll go through it, we’ll figure out who we want to talk to, and we’ll bring them in.”

Cohen indicated to lawmakers on Wednesday that Trump Jr. had a role in the hush-money payments to Stormy Daniels, the adult-film actress who claims she had an affair with the president.

The president’s former attorney and fixer also said Trump Jr. knew more about the negotiations surrounding the Trump Tower Moscow project than Trump Jr. had led investigators to believe. He also said Ivanka Trump was briefed about the talks. Weisselberg was mentioned several times during the hearing, most notably when Cohen said the Trump Organization CFO signed one of the reimbursement checks for the hush-money payments and was involved in discussions about the scheme.

Cummings said it’s possible that some of the information gleaned from Cohen’s testimony would fall under the purview of other House committees that have launched their own investigations into the president. He said the chairs of those committees — Intelligence, Foreign Affairs, Ways and Means, Judiciary, and others — meet at least once a week to “try to figure out who’s doing what.”

Despite Cohen’s testimony, Democratic leaders remain wary of embracing calls to begin impeachment proceedings against Trump. Cummings declined to say whether Cohen’s testimony raises the specter of impeachment, insisting that his panel is simply gathering facts and evidence.

“I’m not there,” Cummings said, answering a question about impeachment. “I do find it interesting that there was not one Democrat that I remember who even mentioned the word ‘impeach.’ Nobody. Nobody.”

Source: https://www.politico.com/story/2019/02/28/house-oversight-trump-cohen-testimony-1196594
Droolin’ Dog sniffed out this story and shared it with you.
The Article Was Written/Published By: Andrew Desiderio