SD cards are about to get bigger and faster. The new SD Express standard will increase the maximum capacity and speed significantly. SD Express cards are backward compatible with your current hardware, but you’ll need new hardware for maximum speeds.

Since we use SD and microSD cards in 3D cameras, action cameras, ever more powerful smartphones, DSLR cameras, tablets, video game consoles, and even cars, there are ever-increasing demands for storage space, as well as faster read and write speeds.

SanDisk recently announced what it called the world’s fastest 1 TB microSD card, touting read speeds of 160 MB/s, which is enough to “transfer 1000 high-resolution photos and 30 minutes of 4K video (24GB) in less than 3 minutes.” Some cards have lower storage capacity, but higher write speeds, such as the Delkin 128 GB microSD card that boasts right speeds at 300 MB/s. But manufacturers are already pushing the limit of the current standards. The theoretical limit for SDXC, for instance, is 2 TB.

SD Cards Are Getting SSD Protocols For Faster Speeds 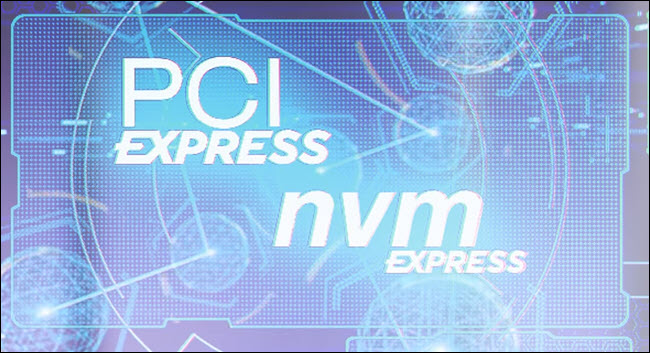 Through the incorporation of PCIe (Peripheral Component Interconnect Expres) and NVMe (Non-Volatile Memory Express) protocols, SD cards will have a new theoretical limit of 985 MB/s, more than six times as fast as the 1 TB SanDisk cards. If PCIe and NVMe sound familiar to you, that’s because they’ve been used for SSDs for a while now, and SD Express cards will be able to serve as removable solid state drives.

The SD Association says these new speeds will allow for super slow motion, 8K video and add support for raw continuous burst mode, which will be a boon to digital photographers. Additionally, by incorporating PCIe 3.1, SD Express cards can consume less power than the cards came before it. In theory, this should contribute to better battery life on mobile products, how much though is unclear.

Overall, the idea is that leveraging existing technologies will speed adoption, as new testing equipment and development processes shouldn’t be needed. Manufacturers can use what they already know from creating solid state drives.

Storage Capacities Are Increasing, Too

As part of the transition, SD and microSD cards are seeing a size increase, pushing the upper limit from 2 TBs to 128 TBs. Cards capable of greater than 2 TBs will be marked as SDUC, adding to the SDHC and SDXC categories.

As always, read and write speeds are separate from storage capacity, so you will see SDHC and SDXC cards marked as SD Express and capable of faster write speeds. And all these benefits are coming to both SD and microSD cards, and SD Express cards are backward compatible with previous devices.

They’re Backwards Compatible, But You Lose the Speed

All of this amazing speed is due in part to a new row of pins found on SD Express (And SD UHS-ii) cards. Unfortunately, that means your current devices can’t make use of those pins, they lack the necessary hardware. But, according to the SD Association, you’ll still get the extra storage.

Source: https://www.howtogeek.com/406017/what-is-sd-express-and-how-much-faster-is-it/
Proactive Computing found this story and shared it with you.
The Article Was Written/Published By: Josh Hendrickson