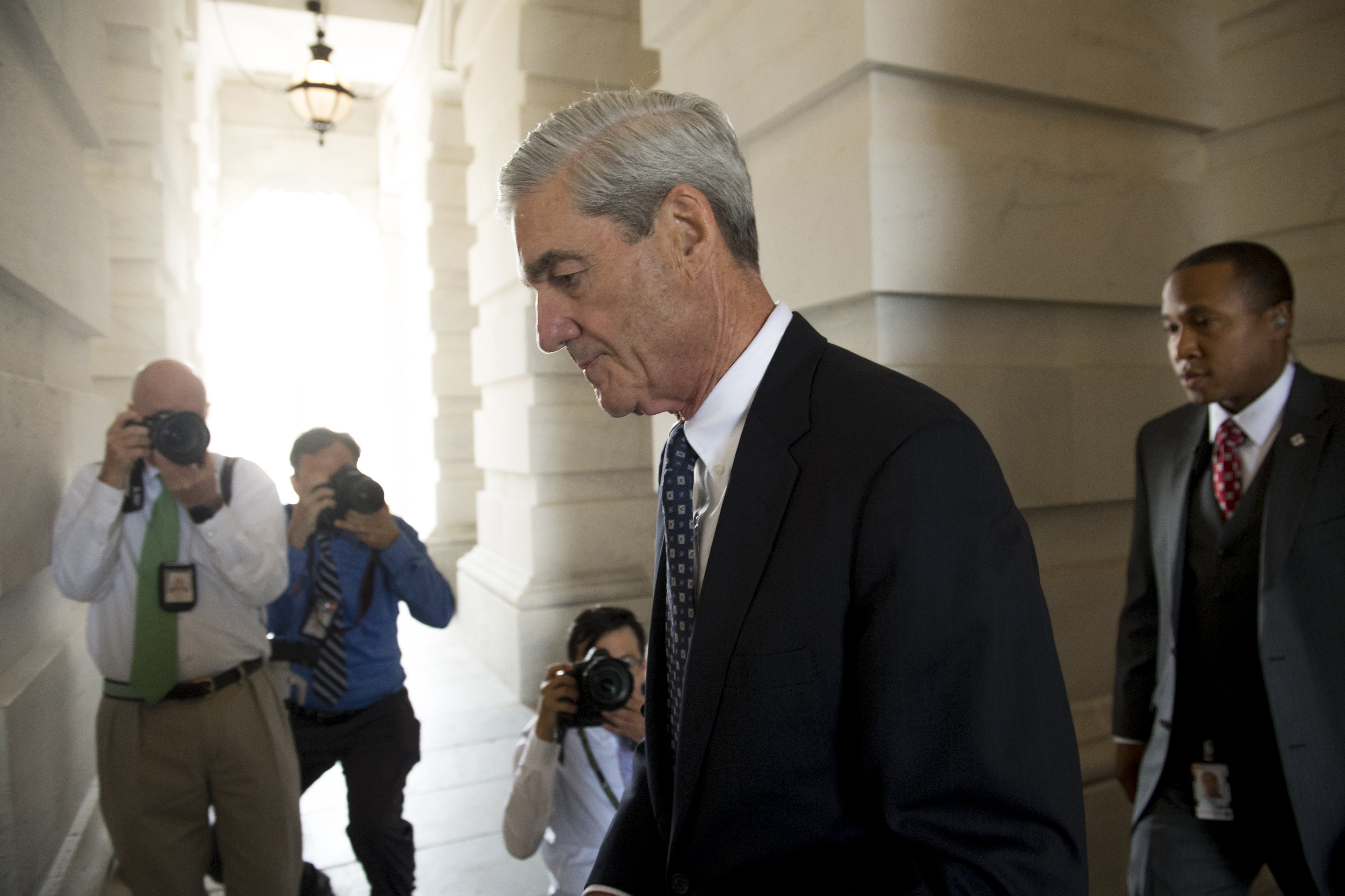 Special counsel Robert Mueller scored one of the biggest legal wins of his tenure on Tuesday, as a federal appeals court rejected claims that his appointment was unconstitutional.

In a unanimous ruling, a three-judge panel of the D.C. Circuit Court of Appeals turned aside arguments that Mueller wields so much power as a special prosecutor that he should have been nominated by the president and confirmed by the Senate.

The appeals court judges also found no flaw in Deputy Attorney General Rod Rosenstein’s appointment of Mueller in the wake of the recusal of then-Attorney General Jeff Sessions. The court said that because the attorney general can repeal the regulations used to appoint Mueller at any time, he remains under the control of a Cabinet official.

“Special Counsel Mueller effectively serves at the pleasure of an Executive Branch officer who was appointed with the advice and consent of the Senate,” Judge Judith Rogers wrote, joined by Judges Sri Srinivasan and Karen Henderson.

The D.C. Circuit challenge was brought by Andrew Miller, an associate of former Trump adviser Roger Stone, who was indicted in January on charges of witness tampering and lying to congressional investigators.

Last year, Mueller’s office demanded that Miller appear before a federal grand jury in Washington probing the Russia matters, but Miller moved to quash the subpoena by citing alleged flaws in Mueller’s appointment. Miller’s challenge was backed by conservatives looking for a vehicle to escalate the legal attack on Mueller’s office.

In addition to arguing that Mueller’s appointment was flawed because he was not confirmed to the post by the Senate, Miller’s attorney Paul Kamenar argued that Rosenstein lacked authority to make the appointment because only the head of the Justice Department at the time — Sessions — could do so.

Before the ruling, Kamenar said he expected to lose before the D.C. Circuit and was eager to take the case to the Supreme Court.

On Tuesday, Kamenar said they are contemplating their next step.

“We are disappointed with the decision and will be considering further legal action, whether before the full court of appeals or the Supreme Court,” he said.

Miller worked as an assistant to Stone, who began saying last spring that he was bracing for an indictment by prosecutors from Mueller’s team.

Stone initially said he expected any charges would relate to his business dealings or tax issues. However, the indictment returned last month showed prosecutors were keenly focused on whether he had advance knowledge of the WikiLeaks election-year release of emails pilfered from Clinton campaign chairman John Podesta’s personal email account.

Stone has denied any contact with WikiLeaks founder Julian Assange or of having any privileged information about WikiLeaks’ plans, notwithstanding an August 2016 tweet in which Stone predicted it would soon be “Podesta’s time in the barrel.”

For a time, it appeared prosecutors might be waiting for a ruling on Miller’s protests before proceeding to indict Stone, but they ultimately brought charges without Miller’s testimony.

However, in an interview with POLITICO, Stone said Miller’s duties for him were so menial that the snag in obtaining his testimony could not have done much to stymie Mueller’s investigators.

“I can’t imagine,” Stone said. “Andrew Miller is a house painter. He did not work for me in ’15 or ’16. He came to the convention mostly to make sure I get out of bed in the morning after staying out too late at night.”

And another D.C.-based jurist, Judge Dabney Friedrich, rebuffed a similar legal attack on Mueller mounted by a Russian company the special counsel had charged with scheming to use impersonation, fake social media accounts and other deceptive tactics to interfere in the 2016 election, chiefly on behalf of Trump.

Manafort ultimately elected to plead guilty and waive most of his appeal rights.

Concord still has the right to appeal if it is convicted, but since criminal appeals must generally wait until after a trial and sentence, Miller’s challenge to the grand jury subpoena he received presented a more attractive means to push the issue of Mueller’s legitimacy quickly to the appeals court and on to the Supreme Court.

The fight the D.C. Circuit panel ruled on Tuesday is separate from another grand jury battle that recently traveled to the Supreme Court that also involves Mueller. In the other showdown, a company owned by a foreign government argued it should not have to comply with a grand jury subpoena.

Another D.C. Circuit panel rejected the company’s arguments. Chief Justice John Roberts briefly held off the $50,000-a-day fine the firm faced, but the Supreme Court ultimately turned down the company’s request for emergency relief. The identity of the company and foreign nation involved remain a mystery, but court records made public in recent weeks confirmed a POLITICO report from last year that the prosecutors involved appeared to be from Mueller’s team.

The opinion issued Tuesday was relatively dismissive of Miller’s arguments, but Kamenar said the longer wait for a decision from the D.C. Circuit in the case showed that the challenge had some force.

“The fact that the court took over three months to decide this appeal after oral argument compared to the three days it took in December to decide another challenge to a Mueller subpoena issued to an unnamed foreign corporation, demonstrates that this was a serious and substantial challenge,” Kamenar said.

Source: https://www.politico.com/story/2019/02/26/robert-mueller-appointment-legal-1186701
Droolin’ Dog sniffed out this story and shared it with you.
The Article Was Written/Published By: jgerstein@politico.com (Josh Gerstein)