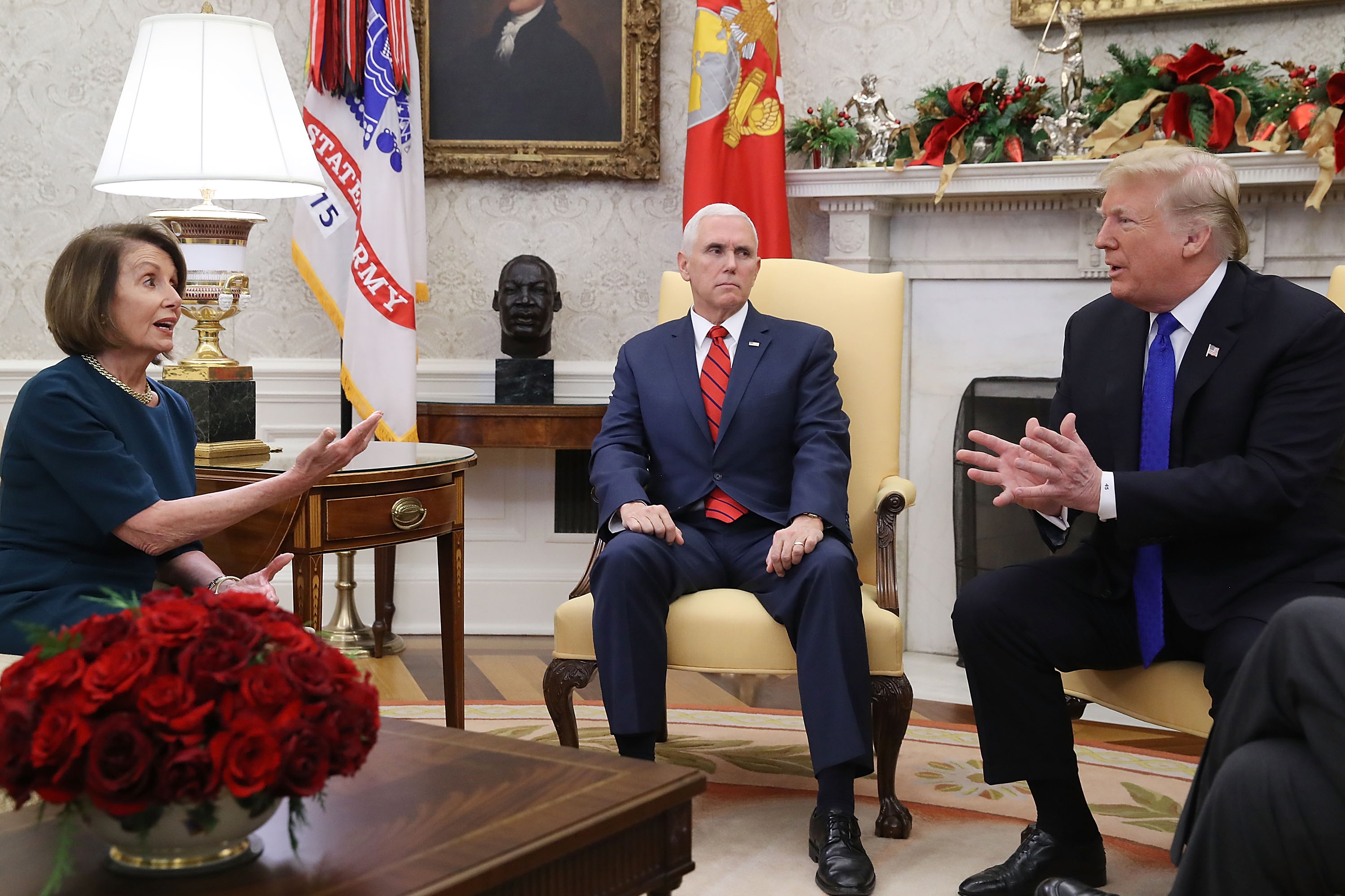 The vice presidency demands a sublimation of ego so complete that the heart rates of some veeps decline to the point that they begin to resemble the residents of Statuary Hall. Mike Pence achieved the status of human mannequin within days of joining Donald Trump’s presidential campaign ticket. He projects absolute subservience to his master by sitting or standing as still as a lizard when in his presence. Two years into the Trump administration, Pence rarely speaks unless spoken to—or unless activated by his master to give “America First” speeches in foreign cities Trump wants to avoid.

As my colleague Gabby Orr just wrote, Trump has most recently retooled Pence into his overseas surrogate, assigning him the impossible job of selling his Iranian policy to European allies and waving the American flag down Venezuela way, despite his scant foreign policy experience. Pence works on a short tether. In the second or third paragraph of speeches given in Bogotá, Yokosuka City, Jakarta, Sydney, Seoul and elsewhere, Pence has announced in robotic fashion that he “brings greetings from the president of the United States.” In mid-February, he delivered a variation of the line in Munich, but the expected applause never came (cue the video). Undaunted, Pence paused for a full five seconds as if accepting a BIOS update, and then plowed on with his talk.

The most enduring cliché of White House coverage is the piece that inflates the power and prominence of the current vice president by citing his unprecedented access to the president, the breadth of his policy portfolio, and the hundreds of thousands of miles he’s logged abroad in support of the president’s agenda. Pence wasn’t the beneficiary of such puffery until this week when Axios’ Jonathan Swan—who knows better—wrote a version of that piece. “The vice president has much more power than many people realize,” Swan wrote, conveniently couching his analysis in relative terms. If you thought Pence was a powerless automaton controlled by Trump, all Swan needed to do to flout your expectations was to prove that Pence possesses a nanogram of clout, which I suppose he does.

“Nobody has had more influence over Trump’s Venezuela policy than Pence,” the Swan piece continues. But the evidence Swan musters quickly is all small ball: Pence brought the wife of a Venezuelan political prisoner to meet Trump; he made the Trump administration’s first tour of Latin America; he telephoned Venezuelan opposition leader Juan Guaidó; and he’s given speeches calling for Nicolás Maduro’s ouster. Pence’s “influence” is directly proportional to his willingness to echo Trump. Swan’s examples are line items in the résumé of a high-profile water carrier. Trump could achieve the same results by hiring a rando from the gig economy to serve as veep.

As the Washington Post reported Tuesday, Pence has made a great show of telling Latin American leaders that “all options” are on the table and “clear actions” would be announced to resolve the power struggle in Venezuela. But, the Post added, “Pence gave no indication that the United States was ready to use force.” It seems the vice president has less power than most realize.

Pence’s great skills at sycophancy (noted by scholar of the vice presidency Joel K. Goldstein and others) and his genuine ties to evangelicals endear him to the president. But his real power exists in the future, when Congress or the actuarial charts might call on him to replace Trump in the White House. The possibility of a Pence presidency impels other politicians, other nations and most journalists to treat him with deference if not reverence, to ignore or at least downplay his deficiencies on the long shot that they’ll want to enjoy a thin slice of his good graces someday.

Batteries not included. Send warm buckets of piss to Shafer.Politico@gmail.com. My email alerts defer to my Twitter feed which regards my RSS feed as its placeholder.

Source: https://www.politico.com/magazine/story/2019/02/26/mike-pence-trump-administration-225256
Droolin’ Dog sniffed out this story and shared it with you.
The Article Was Written/Published By: jshafer@politico.com (Jack Shafer)