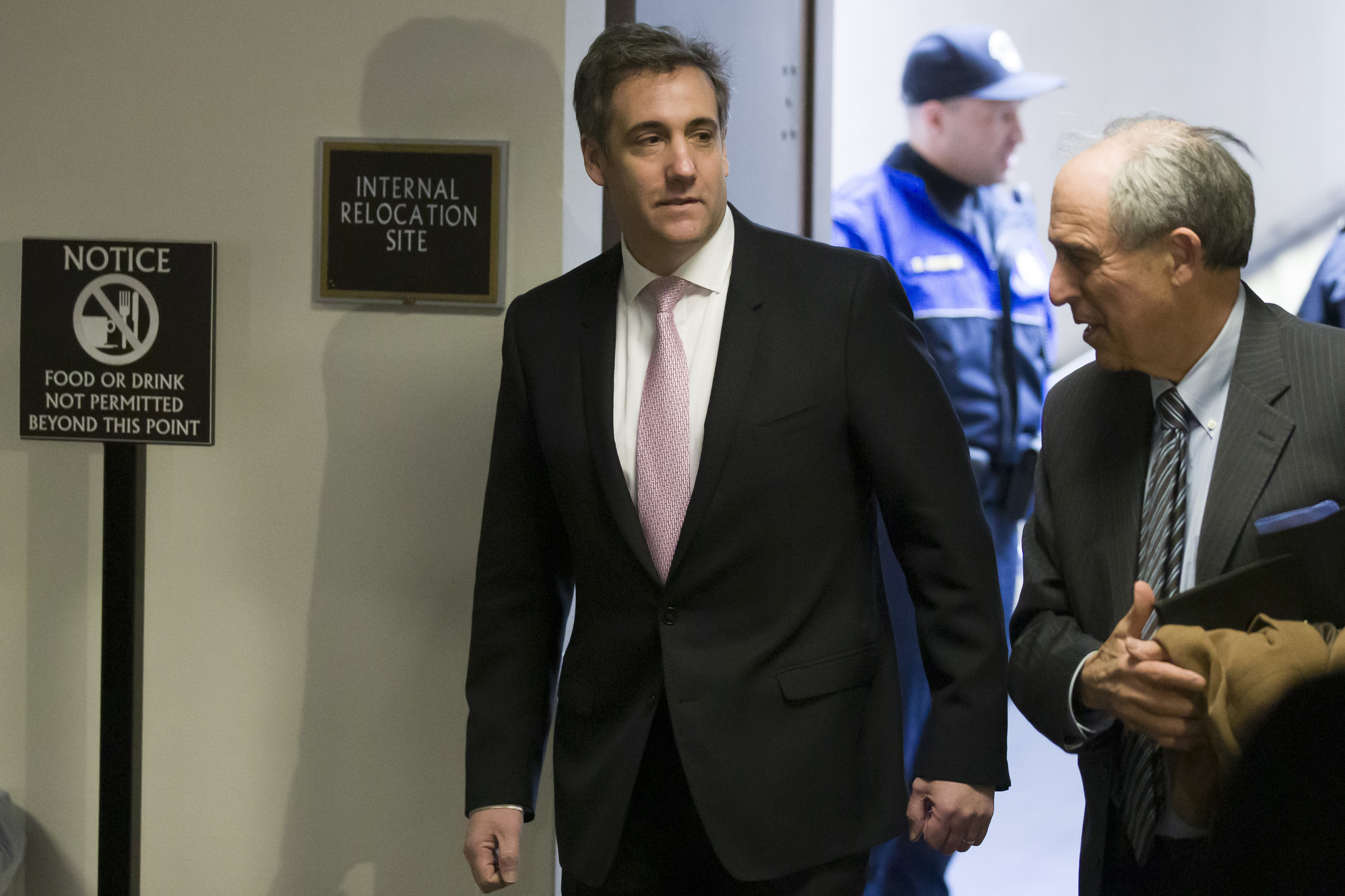 The person said the document will refute a claim by Rudy Giuliani, Trump’s attorney, that Cohen used a $35,000 a month retainer from Trump as reimbursement for paying off Daniels. Cohen — who will soon report to prison for a three-year sentence tied to a litany of tax fraud and lying charges — is scheduled to appear Wednesday in a public House hearing, and will also testify privately on Tuesday and Thursday before Senate and House investigators.

During his testimony, Cohen also plans to address a much-discussed BuzzFeed report that the president ordered him to lie to Congress about business dealings in Russia during the campaign. The story initially sparked impeachment speculation, but was later thrown into question when special counsel Robert Mueller’s office took the rare step of issuing a carefully worded denial of certain elements of the piece.

“He’ll explain exactly why he lied and how he came to lie,” said the person familiar with Cohen’s testimony.

More broadly, Cohen will go into personal and character accusations against Trump, saying the president made racist remarks in front of him such as questioning the intelligence of African-Americans, according to the person.

As word of Cohen’s expected damning accounts leaked out Tuesday morning, the White House and Trump supporters began pushing back against the president’s former lawyer, highlighting his criminal record and deceitful history.

“Sadly, he will go before Congress this week and we can expect more of the same,” she added. “It’s laughable that anyone would take a convicted liar like Cohen at his word, and pathetic to see him given yet another opportunity to spread his lies.”

Rep. Jim Jordan (R-Ohio) tweeted: “Tomorrow ⁦@OversightDems⁩ will hold their first big hearing. For their first big witness, they will roll out the red carpet for Michael Cohen. … Here’s the problem: Michael Cohen is going to prison in two months for several crimes, including LYING TO CONGRESS.”

Trump’s lawyers did not immediately respond to a request for comment.

Perhaps the most attention on Wednesday will center on Cohen’s account of a payment made to Daniels during the 2016 election to buy her silence about an alleged affair. For the first time publicly, Cohen plans to accuse the president of acting criminally in the matter, a charge Trump has long denied.

Cohen pleaded guilty to campaign finance violations for making the pay off. But court documents also implicated Trump in the scheme, saying he was a key player in the plot.

Separately, the person familiar with Cohen’s testimony confirmed a report in The Wall Street Journal that Cohen will accuse Trump of manipulating his finances for business and personal purposes, including inflating and deflating his net worth and avoiding property taxes.

Additionally, the former lawyer plans to discuss tweets from Trump that Cohen said were meant to intimidate him. Cohen was slated to go before the House committee in January, but his legal team delayed the appearance, citing threats against him and his family.

The president tweeted on Dec. 16: “Remember, Michael Cohen only became a “Rat” after the FBI did something which was absolutely unthinkable & unheard of until the Witch Hunt was illegally started. They BROKE INTO AN ATTORNEY’S OFFICE! Why didn’t they break into the DNC to get the Server, or Crooked’s office?”

The person familiar with Cohen’s testimony said Trump’s use of the word “rat” “has a meaning for people who are in prison.”

Source: https://www.politico.com/story/2019/02/26/michael-cohen-testimony-congress-1186702
Droolin’ Dog sniffed out this story and shared it with you.
The Article Was Written/Published By: Matthew Choi