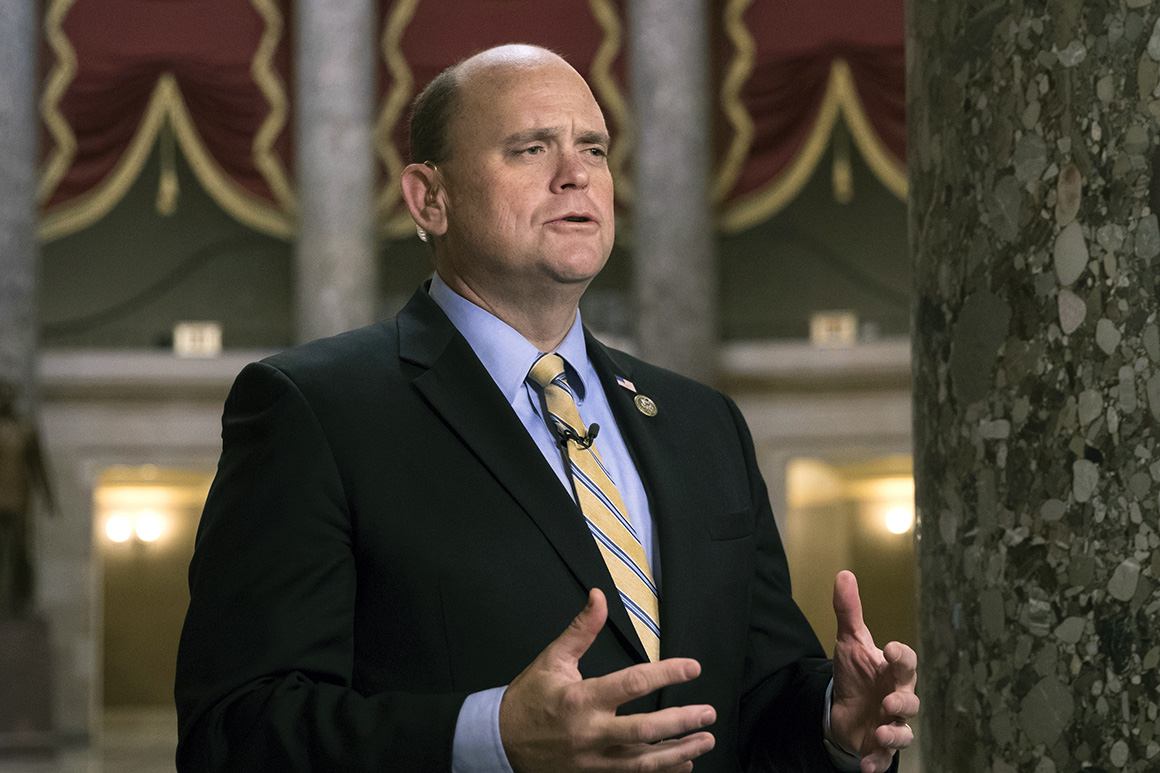 House Republicans are pursuing an effort to pull back the president’s authority to declare national emergencies — but only after the GOP shows support for Donald Trump’s use of emergency powers on the House floor Tuesday.

Rep. Tom Reed (R-N.Y.) said in an exclusive interview that he plans to unveil a bipartisan resolution on Wednesday that would require Congress to approve an executive declaration within 60 days or else it expires. Under current law, lawmakers have the option to disapprove of a president’s national emergency, but congressional approval is not required. And the president can veto a disapproval resolution.

Reed argues that his measure would put Congress on equal footing with the executive branch and force lawmakers to go on the record on every future national emergency declaration.

“I do believe the president’s declaration, under existing law, is founded in fact. But I do not like the fact that the president has this authority,” Reed said. “It gives a tremendous amount of authority to the president, and we need to change the actual structure.”

“Because the next emergency may not be one that I agree with,” he added.

Reed expects around six lawmakers from each party to co-sponsor the resolution. The New York Republican has also been working to build support for the idea in the Senate, though the resolution will likely not advance in the Democratic-controlled House.

The GOP-led effort comes in response to Trump issuing a national emergency declaration to bypass Congress and build a border wall, one of his chief campaign promises that he has failed so far to deliver on. Declaring an emergency unlocks certain powers for the president, such as the ability to tap funds from existing places in the budget to address the crisis at hand.

Republicans, however, were deeply uncomfortable with Trump’s power play on the wall, raising concern that a future Democratic president could issue an emergency declaration for things like gun control or climate change.

But the overwhelming majority of Republicans in the House are not expected to support a Democratic-backed disapproval resolution on Tuesday that would effectively terminate Trump’s emergency.

That has opened up the GOP to charges of hypocrisy from the left, since Republicans long railed against President Barack Obama for what they saw as executive overreach. Supporting efforts to curtail the president’s emergency powers could provide conservatives some political cover.

“We shouldn’t be challenging this president, when every other president has taken advantage of it,” said Rep. Paul Gosar (R-Ariz.). “I would actually love to see a resolution to remove these powers at the next earliest convenience.”

Source: https://www.politico.com/story/2019/02/26/house-republicans-national-emergency-1189432
Droolin’ Dog sniffed out this story and shared it with you.
The Article Was Written/Published By: mzanona@politico.com (Melanie Zanona)