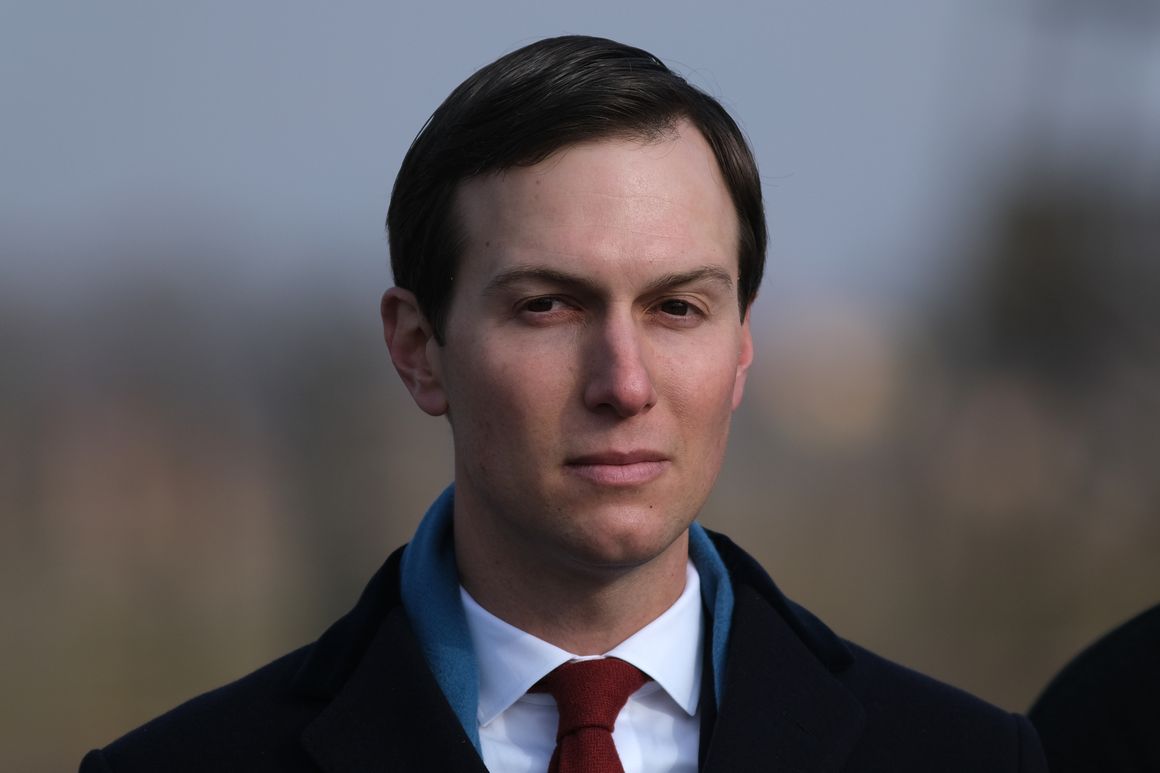 JERUSALEM – Jared Kushner’s taking a road trip again. The first son-in-law’s engagement this week with Gulf leaders signals that the Trump administration is continuing full steam ahead with its plans to release a blueprint for Middle East peace. But regional circumstances are conspiring to transform the ambitious endeavor into an exercise of “full gas in neutral,” as they say in Israel.

Scant information is known about the contours of the long-percolating U.S. initiative. White House officials have kept mostly silent about the “deal of the century,” as Trump once called it, perfunctorily dismissing media reports on its (alleged) components. Kushner’s original intention to confine his current discussions to only its economic aspects was bound to find little enthusiasm among his Arab interlocutors. That may explain why he raised the ante in an interview with Sky News Arabia on Monday, announcing that the program’s political dimension would focus on “resolving the border issue.”

Trump’s senior advisor is certainly a persistent fellow, but his valiant effort invites comparison to Don Quixote dreaming the impossible dream in “The Man of La Mancha.”

In fact, there is slight chance of gaining any significant traction toward Israeli-Palestinian reconciliation at the present time. Israel is deep in the throes of an election campaign, where disinterested voters have relegated the Palestinian issue conspicuously to the back seat. (Former Foreign Minister Tzipi Livni, the candidate most identified with the pursuit of a negotiated solution, quit the race after discovering that her prospects were thoroughly dismal.)

Constituent parties of Israel’s right-wing – which the ballot is expected to return to power – are already lobbying against the Trump plan. Mix in the always-protracted process of forming a governing coalition and the specter of Netanyahu’s potential indictment by the attorney-general – which both promise to consume the country’s entire bandwidth in the coming months – and by all accounts, there will be little appetite for compromise with the Palestinians.

Additionally, internal chaos on the Palestinian side all but guarantees that Israelis will maintain that they have no partner for dialogue. A February 11-13 meeting in Moscow ended in failure when Palestinian factions, unable to overcome their differences, could not reach consensus on a concluding declaration.

Compounding the challenge for Kushner is the fact that Palestinian officials, incensed by U.S. maneuvering which they consider biased against their cause, broke off contact with the Trump administration over a year ago. These days, any residual “conversation” between U.S. and Palestinian leaders takes place almost exclusively on Twitter.

This state of play leads most likely into a dead end. Indignant Palestinians can be expected to reject any American proposal as a plot to disadvantage them. Israel, which has vastly more to lose if President Trump sours on the country, is certain to offer a more nuanced response. With limited domestic constituency for the concessions that the plan is to demand of Israel, the Netanyahu government will prefer undoubtedly to give its conditional consent (“yes, but”) – and then leave the recalcitrant Palestinians to absorb blame for the stillborn delivery of Trump’s bargain.

Not all is gloom and doom though. The absence of progress toward peace between Israelis and Palestinians notwithstanding, relations between Israel and the Arab world continue to expand apace.

The “Ministerial to Promote a Future of Peace and Security in the Middle East” held recently in Warsaw highlighted dangerous discord in the Transatlantic alliance, but also demonstrated the depth of emerging cooperation involving Israel and the monarchies of the Gulf. Photographs of Netanyahu sitting alongside the functionaries of countries that are still formally at war with Israel, not to mention certain of the statements attributed to them, are proof of a sea change.

Coming on the heels of last October’s high-profile visits by Netanyahu to Oman, and by one of his ministers to Abu Dhabi, the Warsaw conference was another milestone in the erosion of conventional wisdom about the future of the Middle East. Much to the chagrin of those inclined to give precedence to an Israeli-Palestinian peace process, Arab rulers are making it increasingly clear that they intend to pursue matters of common interest with Israel without regard for any implicit veto over this rapprochement.

It’s reasonable to assume that the entreaties of Kushner, Jason Greenblatt and their administration colleagues are partially responsible for this development. Credit goes equally to Trump’s predecessor, Barack Obama, whose advocacy of the nuclear deal with Iran propelled Israel and other neighborhood targets of Iranian aggression into each other’s orbits.

The only outstanding question is how deep this collaboration can go as long as Israel’s conflict with the Palestinians remains unresolved. We may, or may not, already be witnessing the outer bounds of its potential. That said, Israel and its new friends in the Gulf may be satisfied to preserve existing levels of their coordination, agreeing tacitly to forgo the ostensible price of an upgrade: treatment of outstanding Palestinian grievances.

Source: https://www.politico.com/magazine/story/2019/02/25/kushner-peace-plan-dead-on-arrival-225209
Droolin’ Dog sniffed out this story and shared it with you.
The Article Was Written/Published By: Shalom Lipner