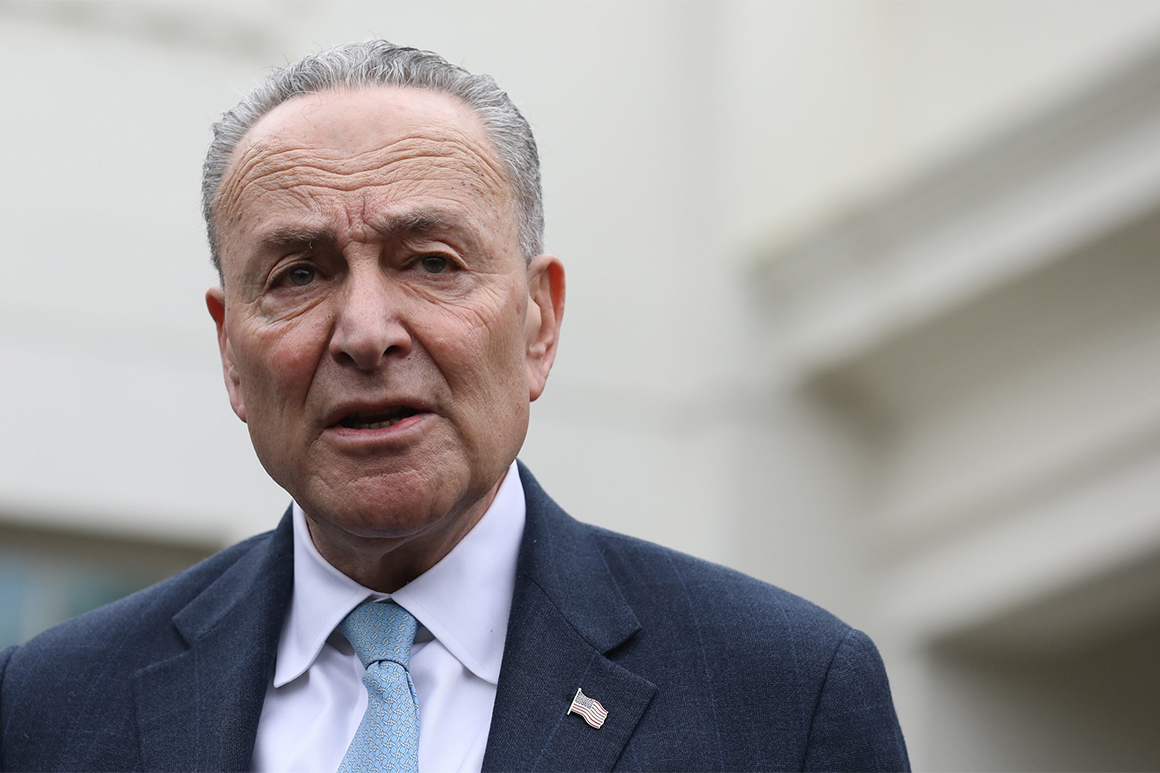 “As strong advocates for a diplomatic pathway to resolve the North Korea threat, we still believe there is a path forward for tough and principled diplomacy to secure, monitor, and verify the denuclearization of North Korea,” the lawmakers wrote in a letter.

The missive to the White House was signed by eight high-ranking Democratic senators, some with national security leadership posts in the chamber, including Minority Leader Chuck Schumer of New York, Minority Whip Dick Durbin of Illinois, Sherrod Brown of Ohio, Dianne Feinstein of California, Patrick Leahy of Vermont, Robert Menendez of New Jersey, Jack Reed of Rhode Island and Mark Warner of Virginia.

“We hope,“ the lawmakers wrote, “you will execute a serious diplomatic plan, which includes a sequenced process to verifiably freeze and roll back North Korea’s nuclear weapons and missile programs in conjunction with continued appropriate sanctions and other pressure; a robust deterrence posture; strengthened alliances; intensified diplomatic and economic engagement; and a deepening of North-South dialogue that over time can provide the pathway to full denuclearization and a durable peace agreement.“

They added: “We believe your next meeting with Kim thus must demonstrate tangible, verifiable progress on denuclearization and reducing tensions with the North.“

The Democrats criticized the president’s June summit in Singapore with Kim, arguing that the historic meeting granted “legitimacy and acceptance on the global stage” to the “leader of perhaps the world’s most repressive regime.” Trump was the first sitting American president to meet with a leader of North Korea, which has technically been at war with South Korea since 1950. An armistice was signed in 1953.

Since that first conclave, the lawmakers said they “remain concerned” after Director of National Intelligence Dan Coats’ told Congress last month that North Korea is unlikely to surrender its nuclear weapons.

“We currently assess that North Korea will seek to retain its [weapons of mass destruction] capabilities and is unlikely to completely give up its nuclear weapons and production capabilities because its leaders ultimately view nuclear weapons as critical to regime survival,” Coats told members of the Senate Intelligence Committee — breaking with Trump’s assessment that the U.S. is making progress in its efforts to persuade North Korea to yield.

The senators also requested from the White House “a process for regular and substantive briefings, including classified briefings” on diplomatic operations regarding North Korea, writing that Congress “has an important role to play in working with the administration to shape U.S. policy toward” Kim’s government.

Trump and Kim are scheduled to meet in Hanoi on Wednesday and Thursday. The president first announced plans for a new round of talks in Vietnam for further negotiations on getting rid of North Korea’s nuclear weapons during last month’s State of the Union address.

“Chairman Kim realizes, perhaps better than anyone else, that without nuclear weapons, his country could fast become one of the great economic powers anywhere in the World,” Trump tweeted Sunday morning. “Because of its location and people (and him), it has more potential for rapid growth than any other nation!”

Approximately an hour before the Senate Democrats released their letter on Sunday afternoon, Trump posted another message online: “So funny to watch people who have failed for years, they got NOTHING, telling me how to negotiate with North Korea. But thanks anyway!”

Secretary of State Mike Pompeo on Sunday said that North Korea remains a nuclear threat to the U.S., but added that he is hopeful about the results of the Hanoi summit.

Asked what type of concession Trump is seeking heading into discussions with Kim, Pompeo said: “I don’t want to get into the details of what’s being proposed, what the offers and counteroffers may be. But … a demonstrable, verifiable step is something that I know President Trump is very focused on achieving.”

Source: https://www.politico.com/story/2019/02/24/trump-north-korea-summit-senate-democrats-1182706
Droolin’ Dog sniffed out this story and shared it with you.
The Article Was Written/Published By: qforgey@politico.com (Quint Forgey)