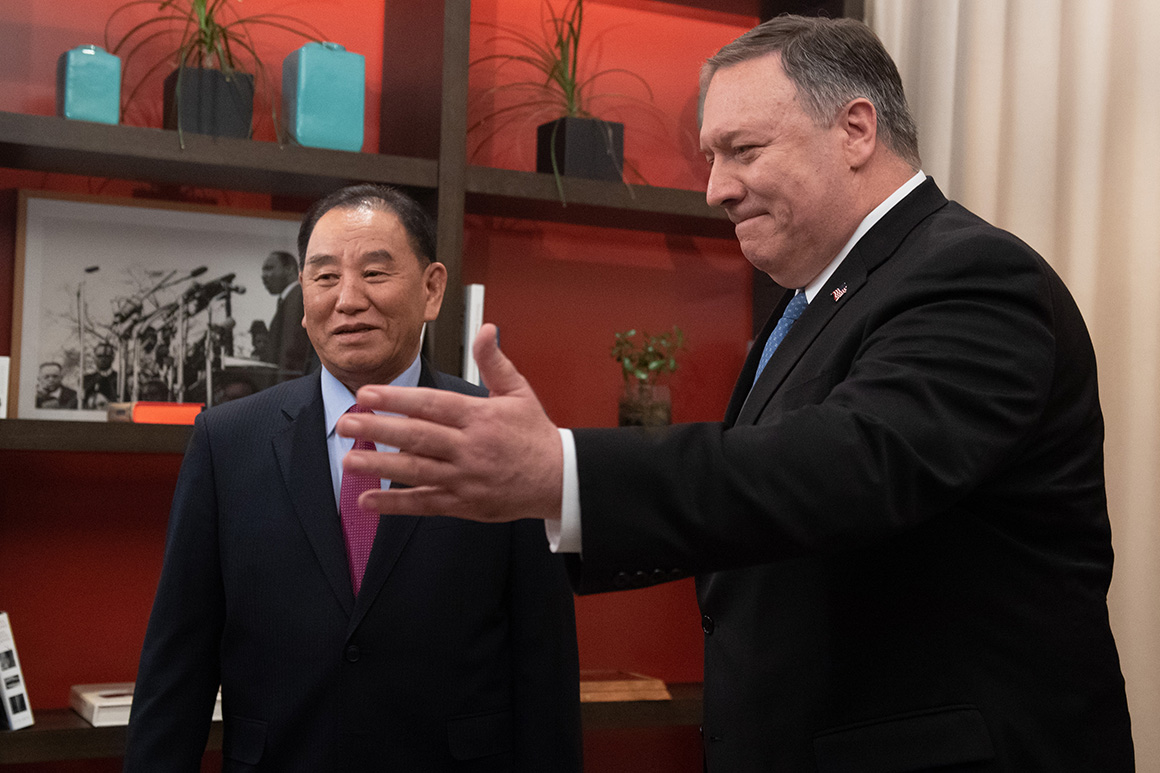 On CNN’s “State of the Union,” Pompeo was asked by host Jake Tapper whether he believes North Korea remains a nuclear threat.

“Yes,” Pompeo replied. Trump and Kim are set to hold a second summit in Vietnam this week.

When pressed about Trump no longer seeing North Korea as a nuclear threat, Pompeo said that’s not what Trump said.

“What he said was the efforts that had been made in Singapore, this commitment that Chairman Kim made, have substantially taken down the risk to the American people,” Pompeo said. “We’re aiming to achieve that.”

The president has maintained that North Korea is on the path to get rid of its nuclear weapons and at times has said there is no nuclear threat from the hermitic nation. On June 13, Trump tweeted, “There is no longer a Nuclear Threat from North Korea.“

“We currently assess that North Korea will seek to retain its [weapons of mass destruction] capabilities and is unlikely to completely give up its nuclear weapons and production capabilities because its leaders ultimately view nuclear weapons as critical to regime survival,” Coats said during a hearing before the Senate Intelligence Committee in January.

The president said Coats was misquoted.

Pompeo on Sunday said the Trump administration has been criticized for negotiating with the North but that he believes the two sides have made “a substantial step” toward denuclearizing the Korean Peninsula.

“We’ve been criticized for taking that path where we work and negotiate and the two who can effectuate the denuclearization and a brighter future for the North Korean people will gather for a second time,” he said.

“I am very hopeful that we’ll make a substantial step toward achieving the full denuclearization in a verifiable way in North Korea.”

Source: https://www.politico.com/story/2019/02/24/pompeo-north-korea-nuclear-threat-1182560
Droolin’ Dog sniffed out this story and shared it with you.
The Article Was Written/Published By: rmorin@politico.com (Rebecca Morin)