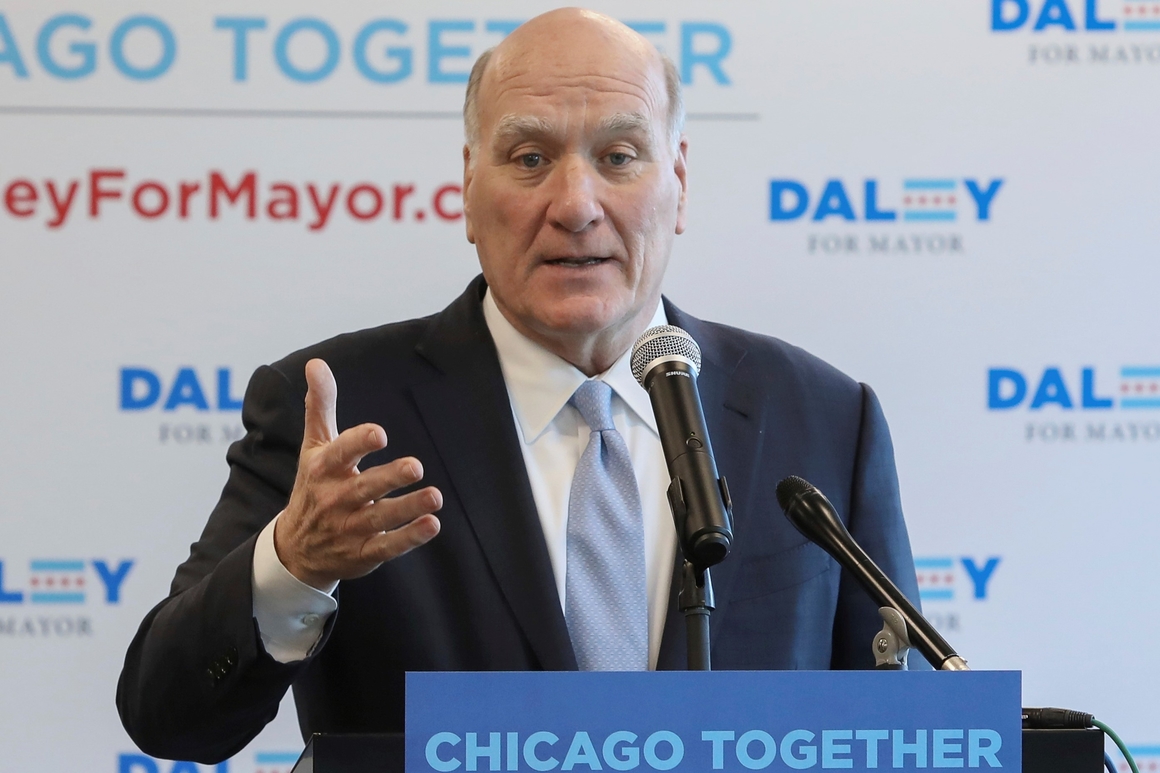 CHICAGO — The Daleys collectively ruled Chicago for a total of four decades, dating back to the 1950s. Now, after a brief interregnum, the family reign might be extended.

With the race in the nation’s third-largest city just two days away, Daley — who hopes to advance the legacy left by his father, the original “Boss,” Richard J. Daley, and his brother, Richard M. Daley — has shot toward the front of the pack. After first barely registering in the polls, he now stands a strong chance of being one of the top two finishers to advance to a runoff election.

But this is Chicago, where corruption is still king, and just as the campaign heated up, so too did a federal investigation into one of the most powerful politicians in Illinois, Alderman Ed Burke. A one-time real estate attorney to President Donald Trump, Burke first took office in 1969 — when the original Daley patriarch was in office.

Prosecutors leveled blockbuster extortion charges against Burke in early January, triggering a series of negative stories, some of which splashed onto Preckwinkle and Mendoza. A subsequent revelation that a different alderman wore a wire in the course of the Burke investigation only exacerbated the steady drip of reports.

Though the Daleys have their own historical ties to Burke, Bill Daley has mostly sidestepped the newest controversy. And as his top rivals began to stumble, he was well-positioned to take advantage. Daley, who raised $8.7 million, happens to be the best financed of the bunch — with name ID that money can’t buy. He began airing TV ads last December, as many candidates were still ramping up fundraising efforts.

“It changed the overriding message from the financial crisis that the city seriously is in, to whether or not you can have a government in Chicago that is not filled with corruption,” said Thom Serafin, a Chicago-based political consultant. “A lot of people know the last name Daley. They’re looking for a Rich Daley, someone indigenous, who’s going to clean up the alleys.”

Alderman Scott Waguespack, a progressive leader of Chicago’s city council, said the scandal might have sowed so much discord among Democrats that Chicagoans could end up opting for familiarity.

“I think he can pull it off. Based on name recognition, a good percentage might say: ‘I’ll go with the Daley family. At least I know what I’m getting,’” said Waguespack, who endorsed former federal prosecutor Lori Lightfoot in the race.

Daley carries the support of the business community and some trade unions. He’s since nabbed several key endorsements — from the Chicago Tribune, Crain’s Chicago Business and the Chicago Crusader, an African-American publication. Even former Vice President Al Gore flew to Chicago to endorse Daley.

Daniel Biss, a former state senator and Illinois gubernatorial candidate who hails from the progressive wing, says it’s notable that Daley and former Chicago Police Superintendent Garry McCarthy are in the race.

“It represents a white backlash to the recent Black Lives Matter/police accountability/racial justice movement,” Biss said. “In light of national politics — especially but not exclusively Trump — and Chicago’s status as an overwhelmingly Democratic city, it’s enormously important to track the performance of candidates like this.” 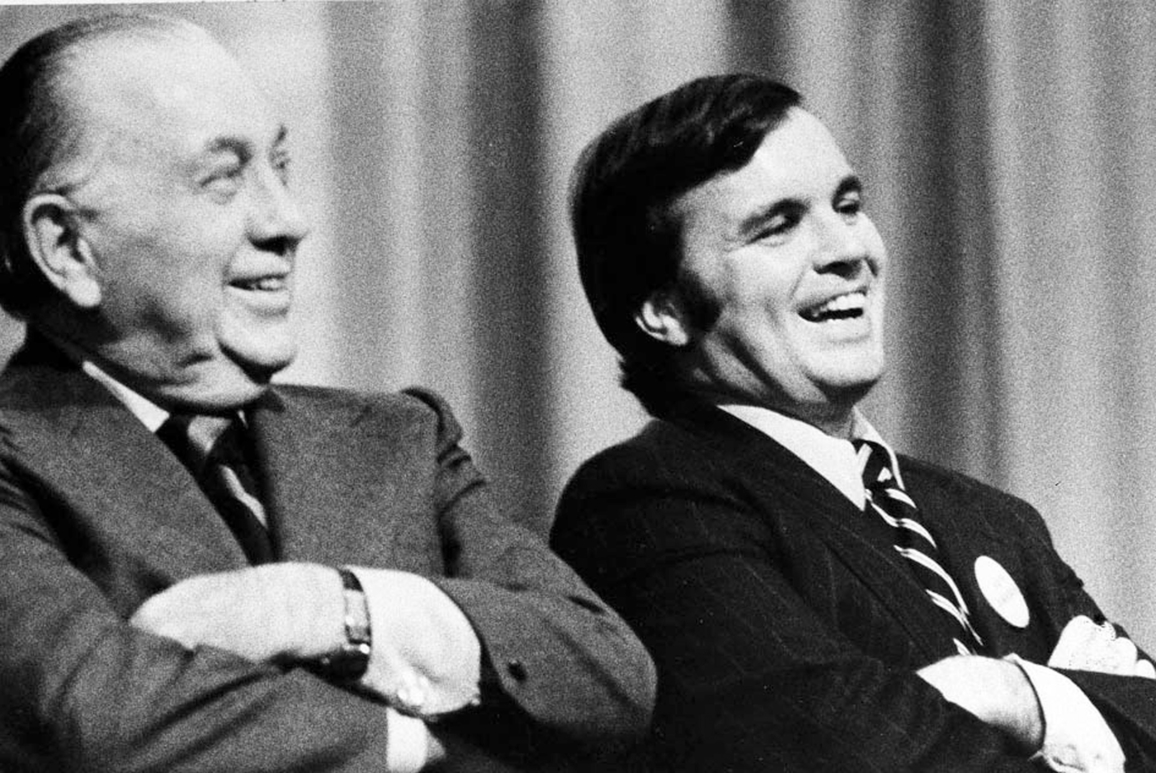 Biss says Daley’s rising fortunes were due to the lift he’s received from business interests.

“The momentum building across the country for progressive economic policies has created a mounting panic among the rich and that’s helped Daley raise an enormous amount of money,” Biss said.

If Daley advances, he won’t be alone. To avoid a runoff, one candidate must win more than 50 percent of the vote. Chicago’s Tuesday election is all but certain to head to a second round on April 2, when the top two vote-getters square off.

Preckwinkle, who consistently polls at or near the top remains formidable, despite a series of setbacks within her own campaign, including a sexual misconduct controversy. In addition to backing from major labor groups like the Chicago Teachers Union and the powerful SEIU, Preckwinkle has a natural constituency from her county position and her leadership in Democratic Party politics.

Yet the wide-ranging field features a variety of high-profile candidates, which has led to a fracturing of the typical constituencies who power Chicago’s municipal turnout.

Mendoza has some organized labor support and is drawing a portion of the Latino vote. The city’s other major newspaper, the Chicago Sun-Times, backed Lightfoot, who led Chicago police reforms and who has drawn some progressive backing. Gery Chico, a former Chicago Public Schools board president, is attracting a slice of the Latino vote and has had a steady TV presence.

Meanwhile, businessman Willie Wilson, a wealthy long-shot who ran against Emanuel in 2015, has strong backing in the African American community and Amara Enyia, an activist and political consultant, is appealing to millennials after the likes of Chance the Rapper and Kanye West offered her early financial support and endorsements.

Emanuel’s decision last fall not to seek a third term is what set off the mad scramble.

Emanuel faced his own tumultuous years in office. The fatal police shooting of a knife-wielding Laquan McDonald shook the city in 2016, and Emanuel was pilloried for his decision not to release a police video showing police officer Jason Van Dyke firing 16 times at McDonald until after Emanuel’s 2015 reelection. Emanuel was certain to face a bruising reelection campaign had he sought a third term.

In the political vacuum left by his absence, no candidate has been able to break out of the field. None have broken even 20 percent in recent polls — and roughly one in five of those surveyed remain undecided. That could leave an opening for any one of five or six candidates to advance.

“The undecided number is the largest right now. They’re not going to break toward an incumbent,” Serafin said, adding that could hurt well-known candidates like Daley, Mendoza and Preckwinkle. “There’s a lot of places for these people to go.”

Source: https://www.politico.com/story/2019/02/24/chicago-mayor-daley-rahm-emanuel-1182428
Droolin’ Dog sniffed out this story and shared it with you.
The Article Was Written/Published By: Shia Kapos