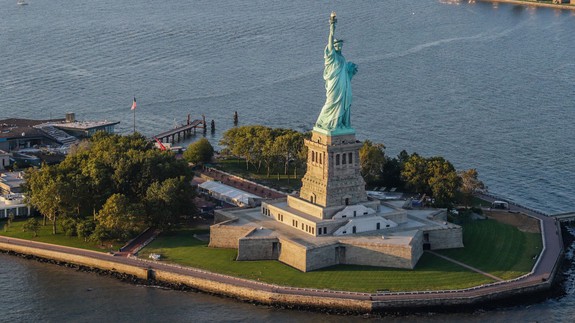 U.S. Magistrate Judge Gabriel Gorenstein might be a little too curious about the crime he’s overseeing. Gorenstein will preside over the case of Therese Okoumou, who climbed the Statue of Liberty on July 4, 2018 – only now Gorenstein basically wants to climb it as well.

According to NBC New York, Gorenstein wants “to better appreciate the risks or hazards created by defendant’s conduct.” He filed a court order requesting a ladder and access to the area where Okoumou was found.

Okoumou climbed the Statue on Independence Day after an Abolish ICE protest, but a U.S. Attorney deemed the climbing to be “dangerous and reckless” compared to constitutionally sanctioned peaceable protest. Read more…

More about Watercooler, Entertainment, and Activism

Source: https://mashable.com/article/statue-of-liberty-climber-judge/
Droolin’ Dog sniffed out this story and shared it with you.
The Article Was Written/Published By: Proma Khosla