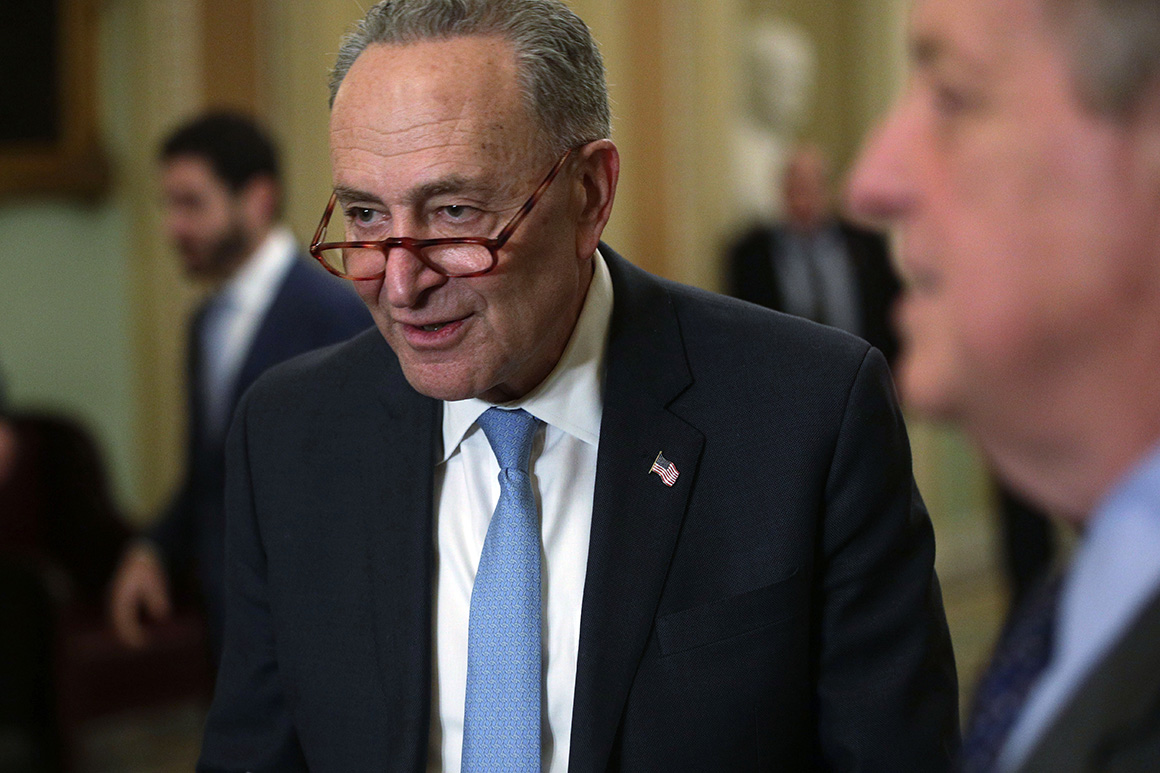 The Senate Democrats’ resolution of disapproval comes as House Democrats plan to introduce a similar resolution disapproving of Trump’s emergency declaration on Friday.

The House resolution is expected to pass easily, with Democrats in control. But it’s unclear whether the resolution will pass the Senate. Several Republican senators have voiced concern about Trump’s emergency declaration to build a border wall.

Sen. Susan Collins of Maine became the first Republican Senator Wednesday to say she would support a resolution disapproving of the emergency declaration.

The Senate version of the resolution could place further pressure on Senate Republicans to decide whether to break with the president on his national emergency declaration.

It would take four Republican Senators to join Democrats to approve the measure, though Trump would likely veto it.

Source: https://www.politico.com/story/2019/02/21/schumer-block-national-emergency-1179614
Droolin’ Dog sniffed out this story and shared it with you.
The Article Was Written/Published By: mlevine@politico.com (Marianne LeVine)