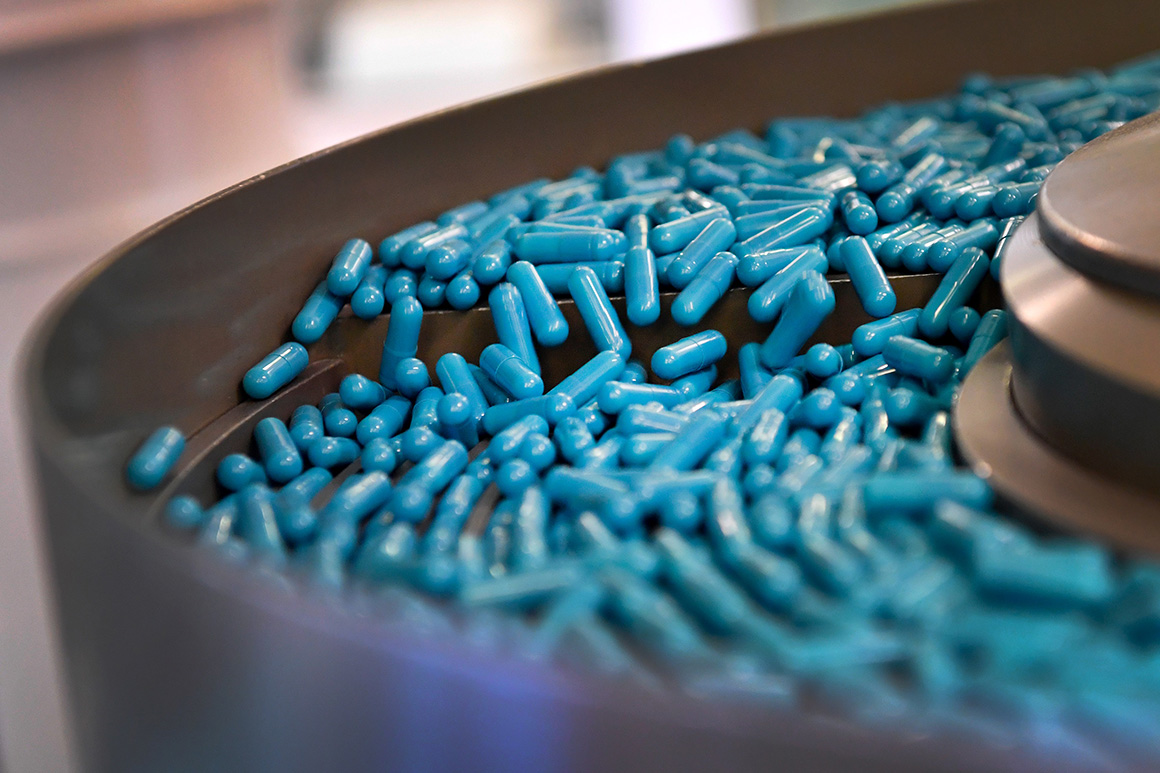 Importing prescription drugs from Canada has long been seen as an easy solution to skyrocketing drug prices for U.S. patients.

But now that President Donald Trump and Democrats are pushing to make those cross-border sales legal, Canadian health experts are issuing a dire warning: It could destroy Canada’s drug market.

Attempting to fill the United States’ needs with pharmaceuticals from its much smaller northern neighbor could sap supplies in Canada, creating shortages and driving up prices in a government-run health system that itself is struggling to make drugs affordable, opponents of the import proposals say. And the result, they say, would be little if any relief for high prices in the United States.

“The Canadian shelves would run dry,” said Steve Morgan, a Canadian health economist who has advised the government on pricing reform.

The drug industry has cited such concerns as justification for blocking importation by U.S. wholesalers, pharmacies and consumers. The U.S. Food and Drug Administration strongly discourages importing drugs even for personal use, saying it can’t ensure they are safe.

But the idea is gaining momentum, as evidenced by five bills in Congress — including one promoted by presidential contender Bernie Sanders (I-Vt.) — while states like Vermont are barreling ahead with their own plans.

Sanders, a long-time champion of importation, has the most far-reaching plan, S. 97, which would allow wholesalers and licensed pharmacies to buy from FDA-approved counterparts in Canada. He argues that Canada’s fears are unfounded.

“For years the pharmaceutical industry has tried to scare Canadian officials into thinking that U.S. importers would drain the drug supply in Canada,” a Sanders spokesperson said. The bill attempts to head off such a scenario by barring drug companies from retaliating against Canadian pharmacies that sell medicines to U.S. buyers at lower Canadian prices. Identical language is in companion legislation by Rep. Elijah Cummings (D-Md.), who has launched drug pricing hearings this year as chairman of the House Oversight Committee.

GlaxoSmithKline and other big manufacturers have threatened such penalties in the past after internet pharmacies shipped cheaper medicines across the border. Some of those pharmacies scaled back after being forced to report shipment details while others struck deals with storefront pharmacies to avoid scrutiny.

But clamping down on drugmaker retaliation won’t address all the possible consequences of widespread imports. Even if pharmaceutical companies don’t pull their stock, it’s far more likely that Canadian prices will jump with the boosted demand while U.S. prices remain largely unchanged, said former FDA Commissioner Mark McClellan, who is now director of the Duke-Margolis Center for Health Policy.

Even narrower proposals to allow American consumers to personally import drugs — such as S. 61 and H.R. 478 by Sen. Chuck Grassley (R-Iowa) and Rep. Chellie Pingree (D-Maine) — would have to overcome hurdles. Canadian pharmacists can’t accept American prescriptions, meaning patients would need to line up a Canadian doctor to co-sign their prescriptions — which is not an accepted practice up north, said Joelle Walker, director of public affairs for the Canadian Pharmacists Association.

“Even if the legislation did pass for Americans, it’s not going to be as simple as going through Canadian pharmacies,” Walker said. “And I assume it’s not inexpensive to get a Canadian physician to see you and sign a prescription.”

What the extra requirement could do is drive business to online pharmacies — a fast-growing market that both Canadian and American regulators have criticized as a potential conduit for counterfeit or ineffective medicines, as well as shipments of illicit prescription painkillers.

The Canadian government so far has held its fire, perhaps because none of the bills are likely to pass soon. It’s instead focused on a variety of price-lowering initiatives, with a national election coming this fall. One such plan would change the formulas used to set domestic prices through the Patented Medicine Prices Review Board, which has only partial power over the cost of medicines and can’t dictate the cost of generic drugs or what wholesalers and pharmacies pay for products. Partly for this reason, Canadians pay more for drugs than Europeans in government-run systems.

Sanders’ staff has discussed his plan with the Canadian embassy and consulted with experts on the country’s drug system. But Walker said it’s hard to imagine Canadian lawmakers and regulators are pleased with such ideas. Besides the Canadian Pharmacists Association, which has come out against U.S. import proposals in the past, Canadian patient advocacy groups and providers would need to sign off. And on top of federal regulators in Ottawa, Canada has regional pharmacy boards — known as provincial colleges — that ultimately issue guidance and standards for pharmacists in the various provinces.

The bureaucratic and legal landscape isn’t much friendlier in the United States. A federal judge already struck down Maine’s attempt at letting citizens buy their own drugs across the border. Vermont’s similar plan, passed last year but yet to take effect, has to pass muster with the Department of Health and Human Services, where Secretary Alex Azar has frequently criticized even limited personal imports as potentially undermining strong U.S. safety standards.

Even when HHS announced a working group last year to explore importing certain drugs, Azar and FDA Commissioner Scott Gottlieb stressed its narrow goals — saying the group would explore bringing in a medication only when it had a single U.S. manufacturer and evidence existed of supply problems or price gouging.

“It’s an issue that has come up over and over again — FDA’s inability to ensure the safety and effectiveness of a[n imported] drug,” he said. Even doing that in narrow circumstances would require scaling up the agency’s resources and gaining access to each step of the supply chain.

Morgan said U.S. policymakers should be focused on fixing the broader health system instead of buying drugs from Canada.

“Why bother to import medicines from the country with the second-highest prices in the world? That is Canada. We’re second only to the United States in drug prices,” Morgan said.

There’s no question that Americans are paying too much for drugs, says Amir Attaran, a health-law specialist at the University of Ottawa who’s closely watching U.S. lawmakers’ efforts. “But … tapping out your neighbor is a nasty, rotten thing to do.”

Source: https://www.politico.com/story/2019/02/21/canada-prescription-drugs-1188578
Droolin’ Dog sniffed out this story and shared it with you.
The Article Was Written/Published By: apanetta@politico.com (Alexander Panetta)