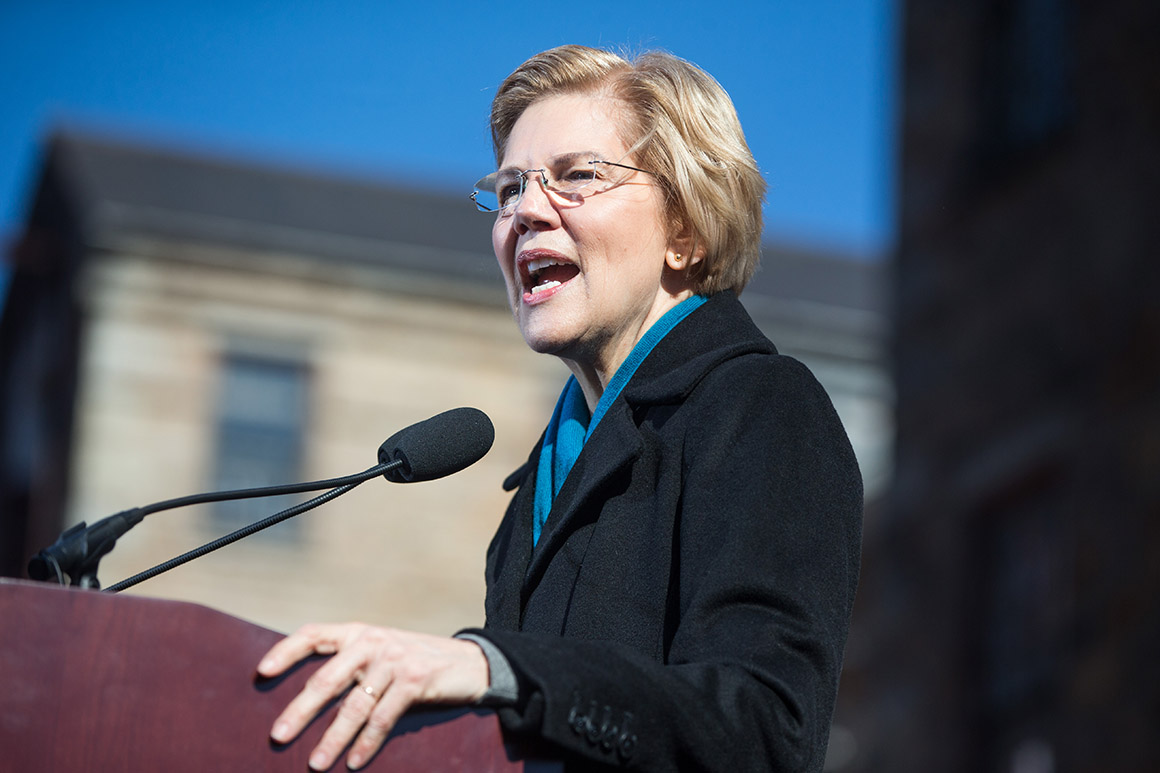 Democratic presidential candidate Sen. Elizabeth Warren on Tuesday rolled out a plan that would tax millionaires to fund free child care for millions of low-income children and affordable care for others.

“In the wealthiest country on the planet, access to affordable and high-quality child care and early education should be a right, not a privilege reserved for the rich,” Warren (D-Mass.) wrote in a Medium post.

Warren said the proposal would be paid for by an “ultra-millionaire tax” that would apply to families with a net worth of more than $50 million.

“Experts project that the Ultra-Millionaire Tax will generate $2.75 trillion in new government revenue over the next ten years,” she wrote. “That’s about four times more than the entire cost of my Universal Child Care and Early Learning plan.”

Similar to how the federal Head Start program works, Warren said her plan would require that the federal government work with local partners to create a network for child care options available to families who choose to participate. She said participating teachers would be paid wages comparable to public school teachers.

With the announcement, Warren described her own challenges as a mother in Houston teaching at a law school and struggling to find quality child care — until her “Aunt Bee” from Oklahoma flew in to help.

“Finding affordable and high-quality child care has gotten even harder since my children were growing up — and not everyone is lucky enough to have an Aunt Bee of their own,” Warren said.

She noted that in more than half of all states, a year of child care costs more than a year of in-state college tuition.

“My plan will guarantee high-quality child care and early education for every child in America from birth to school age,” Warren said. “It will be free for millions of American families, and affordable for everyone. This is the kind of big, structural change we need to produce an economy that works for everyone.”

Source: https://www.politico.com/story/2019/02/19/warren-tax-millionaires-free-child-care-2709295
Droolin’ Dog sniffed out this story and shared it with you.
The Article Was Written/Published By: khefling@politico.com (Kimberly Hefling)