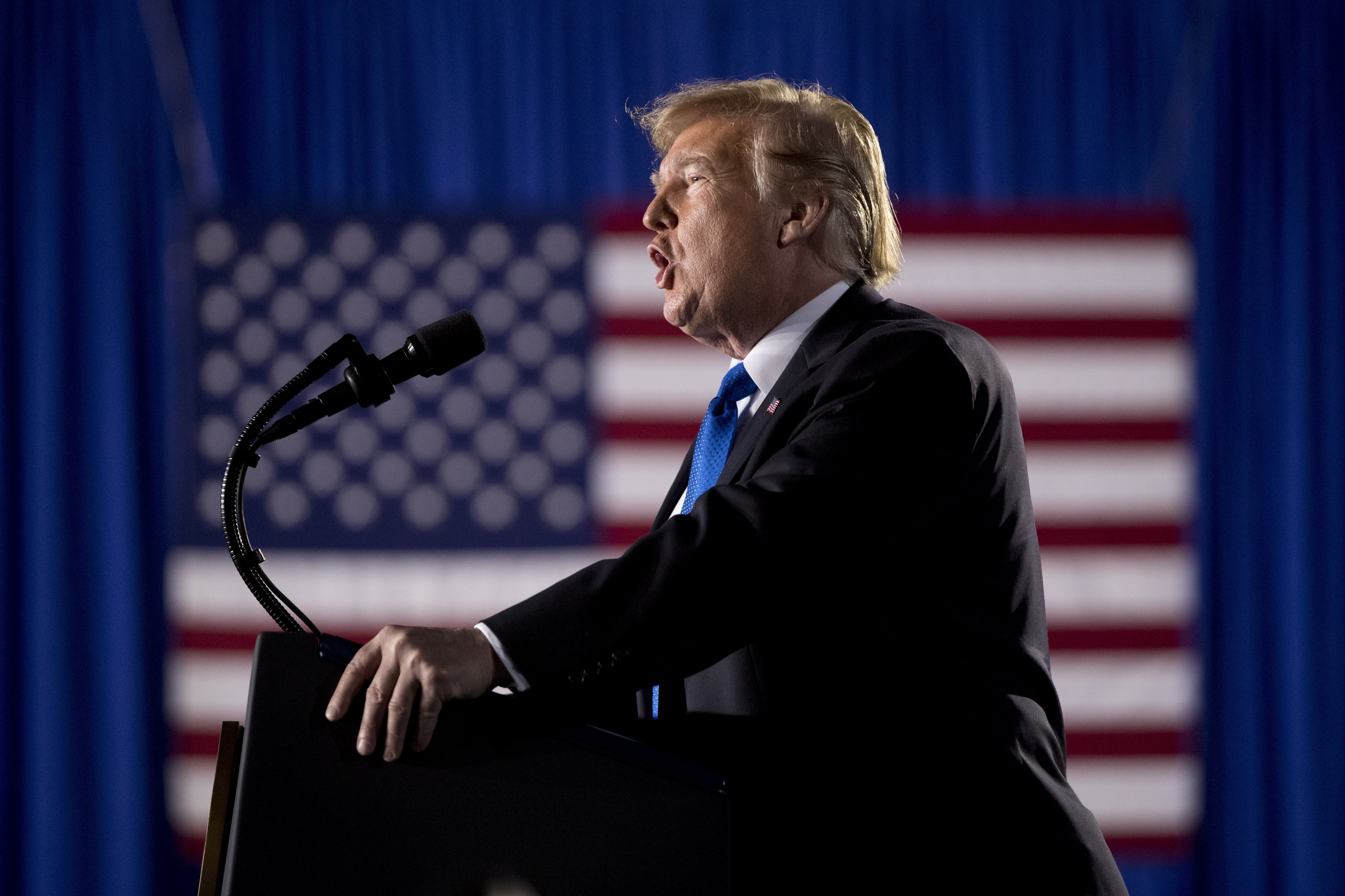 In its landmark report condemning the U.S. government’s failure to prevent the terrorist attacks of September 11, 2001, the 9/11 Commission noted that the “most important failure was one of imagination.” President Donald Trump’s declaration of a state of national emergency to fund a border wall may go down as the opposite: the triumph of one man’s imagination over reality.

Trump’s vision of the southwest border as a lawless region teeming with immigrants, gangs, drug dealers, gun runners, human traffickers and terrorists trying to burst through and do the U.S. and its citizens harm underlies his insistence on a wall as the sine qua non of homeland security. This approach amounts to a willful misreading of the true threat landscape facing the U.S. nearly two decades after the 9/11 attacks.

Here are the facts about the 1,954-mile border between the U.S. and Mexico: illegal crossings are the lowest they’ve been in decades. Technologies like sensors and drones are being deployed to enhance the capabilities of the Border Patrol and are receiving increased funding in the recently signed appropriations bill. And all but around 50 miles of border barriers previously identified by experts as necessary have already been constructed. The small remainder crosses either private land or lands held by sovereign Indian nations, making their suitability for barrier construction very doubtful.

The supposed national emergency at the southern border also makes little sense in the post-9/11 era, when our adversaries can infiltrate our society and our institutions through digital networks, when armed Americans kill more Americans through acts of mass violence than does ISIS, and when the emergent ravages of climate change threaten every community in the U.S.

By declaring a national emergency to fund a border wall, the Trump administration is diverting financial and military resources and the attention of policymakers to prepare for threats that are far more real, pervasive and deadly. It also impedes the public’s ability to accurately understand the likelihood of threats against which they need to protect themselves.

The Department of Homeland Security (DHS) was created after the 9/11 attacks and assigned a vast portfolio of national security, law enforcement and public safety responsibilities. DHS is responsible for immigration and border security, including not only our border to Mexico, but also Canada, as well as all land, sea and airports of entry, 328 in all. It’s worth noting that 2018 statistics from the U.S. Customs and Border Protection show that the majority of illegal drugs enter through one of these legal ports of entry.

DHS manages nearly two dozen major government agencies, including FEMA, TSA, the U.S. Coast Guard, U.S. Secret Service, ICE, USCIS and a workforce of 240,000 employees. It leads the federal response for all natural and human-caused disasters; the cybersecurity of the government’s nonmilitary data networks and the protection of U.S. critical infrastructure — the energy, financial and communications networks that underpin the U.S. economy and the voting systems that are supposed to secure our democracy.

Homeland security is a matter of assessing risks and assigning resources to mitigate them, in proportion to the likelihood they will occur. Every hour spent on photo ops related to the border wall is an hour not spent on other mission-critical tasks that matter far more to making America safe. (News of the resignation of the acting FEMA director Brock Long last Wednesday was overtaken by border wall coverage within hours, yet his job touches a lot more Americans made vulnerable by increasingly severe natural disasters. And the president said nothing about the nearly three dozen school shootings since 17 were killed at a high school in Parkland, Florida, just over a year ago.)

As the third secretary of the Department of Homeland Security (2009-2013), I have thought deeply about my tenure and focused on one question in particular: How safe are we today? The threats we face have evolved significantly since September 11, 2001, when the smartphone had not been invented and social media was the arcane province of geeks. Today’s terrorists, both foreign and domestic, recruit adherents online, inspiring them to radicalize and commit acts of violence, but Trump’s claim before last November’s midterm elections that they were infiltrating migrant caravans from Central America and Mexico and heading to the U.S. border is widely understood to be inaccurate. It is directly undercut by government data showing that of the 3,755 actual or attempted entries by known or suspected terrorists into the U.S. in fiscal year 2017, very few attempted entry via Mexico.

More Americans have died or been displaced by increasingly extreme weather events related to climate change since 2001 than by terrorists, foreign or domestic. If Trump wants to build a wall to make America safe, he should start with a seawall.

The public understands these realities far better than President Trump. A new poll this month by the nonpartisan Pew Research Center found that climate change is the top security concern of people in 13 of 26 countries surveyed, including the U.S. More than 60 percent of respondents across all countries viewed cyber-attacks as a serious concern, up from 54 percent in 2017. And the number of countries that saw the Islamic State as a primary threat fell by double-digit percentage points in the U.S., Israel, Spain and Japan.

The 9/11 Commission urged the creation of the Department of Homeland Security to prevent another catastrophe on American soil. To do that, we must face today’s facts, apply our will, and spend our resources to create a future that truly makes Americans safe.

Source: https://www.politico.com/magazine/story/2019/02/19/trump-national-emergency-225163
Droolin’ Dog sniffed out this story and shared it with you.
The Article Was Written/Published By: Karen Breslau