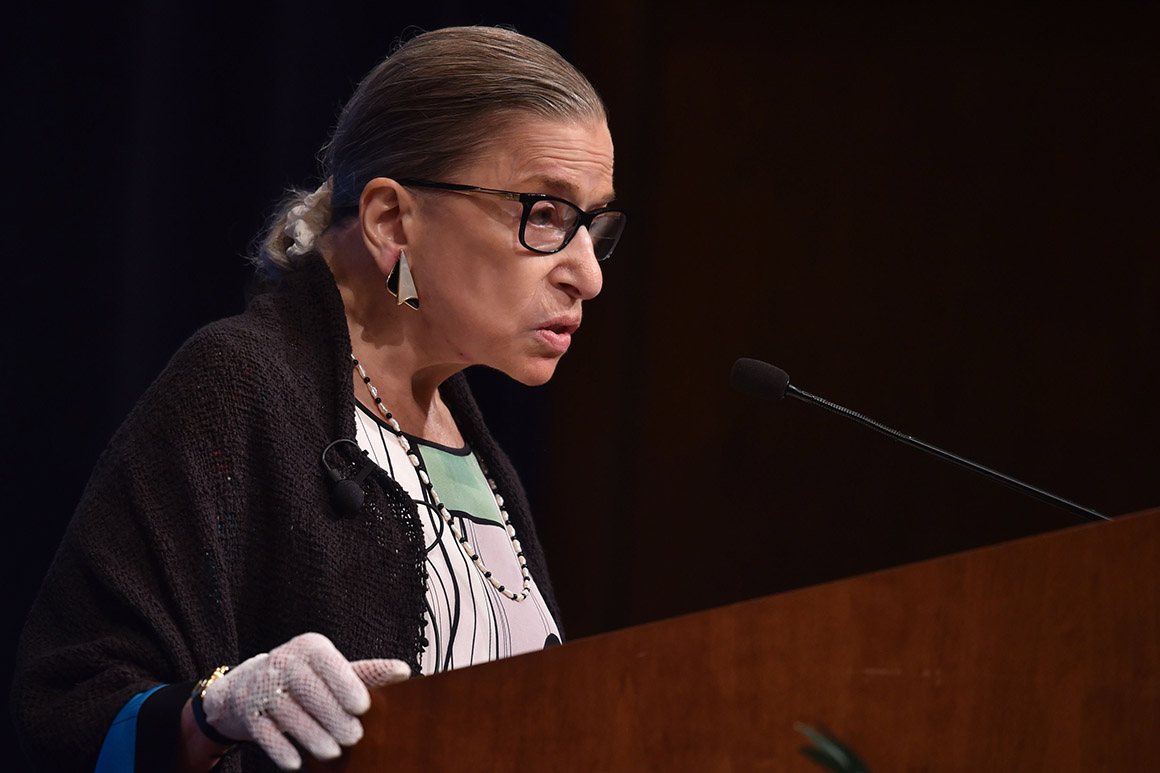 Justice Ruth Bader Ginsburg will return to the Supreme Court on Tuesday to hear oral arguments, eight weeks after undergoing surgery to remove cancerous nodules from her left lung, The Associated Press reported.

Ginsburg, 85, had the surgery in December and has spent most of her time since resting at home. The justice missed oral arguments for the first time in January while recovering, but still worked from home using transcripts and written briefs.

Ginsburg is the oldest justice on the court, and her health has been under increasing scrutiny after she broke three ribs in a fall late last year. Doctors found the disease while examining Ginsburg after her fall , the court said.

The justice was treated for colorectal cancer in 1999 and pancreatic cancer in 2009. Ginsburg has said she has no desire to retire during the Trump presidency.

Source: https://www.politico.com/story/2019/02/19/ruth-bader-ginsburg-returns-supreme-court-1174155
Droolin’ Dog sniffed out this story and shared it with you.
The Article Was Written/Published By: Matthew Choi