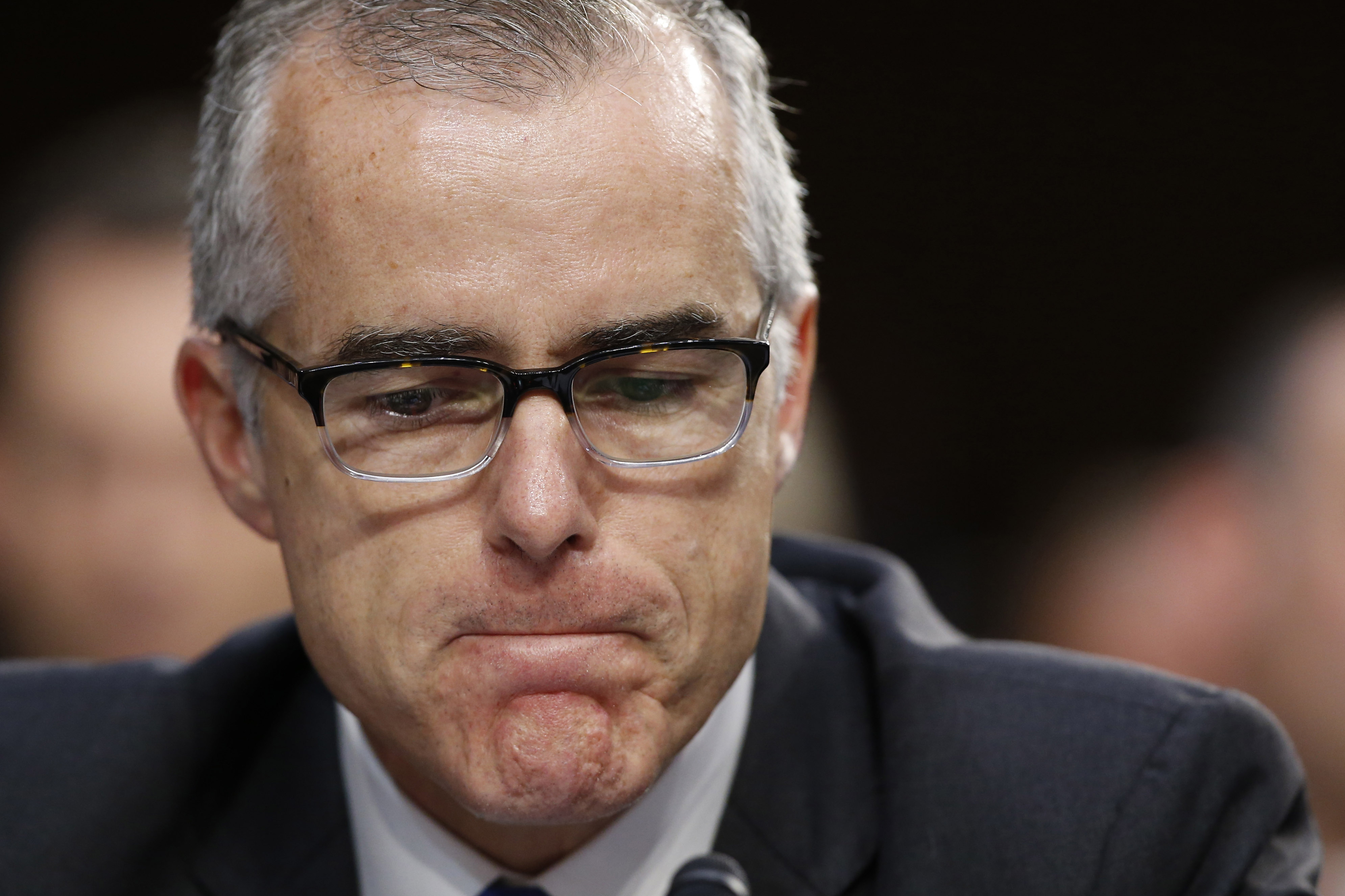 President Donald Trump called out former FBI Deputy Director Andrew McCabe this morning on Twitter for his “deranged” story after McCabe in an interview with CBS News’ “60 Minutes” on Sunday said he believed he was fired for opening two investigations into the president.

Trump tweeted Monday morning, “Wow, so many lies by now disgraced acting FBI Director Andrew McCabe. He was fired for lying, and now his story gets even more deranged. He and Rod Rosenstein, who was hired by Jeff Sessions (another beauty), look like they were planning a very illegal act, and got caught…..”

At the time of McCabe’s firing, in March 2018, then-Attorney General Jeff Sessions said he dismissed him after internal reviews concluded he had violated Justice Department policies and had not been forthcoming with investigators probing the FBI’s actions ahead of the 2016 presidential election.

McCabe, who was dismissed just a day short of his planned retirement, told the New York Times last year that his firing was intended to undermine Special Counsel Robert Mueller’s investigation, in which he was a potential witness. “I am being singled out and treated this way because of the role I played, the actions I took and the events I witnessed in the aftermath of the firing of James Comey,” he said.

In a follow-up tweet Monday, Trump said, “….There is a lot of explaining to do to the millions of people who had just elected a president who they really like and who has done a great job for them with the Military, Vets, Economy and so much more. This was the illegal and treasonous ‘insurance policy’ in full action!”

Trump had previously targeted McCabe on Twitter, calling him a “disgrace” after the former FBI deputy director confirmed he had opened an investigation into the president. McCabe has spoken publicly in recent days about his dealings with Trump and his administration ahead of the publication Tuesday of his new book, “The Threat.”

Source: https://www.politico.com/story/2019/02/18/trump-andrew-mccabe-60-minutes-1173597
Droolin’ Dog sniffed out this story and shared it with you.
The Article Was Written/Published By: idobrin@politico.com (Isabel Dobrin)