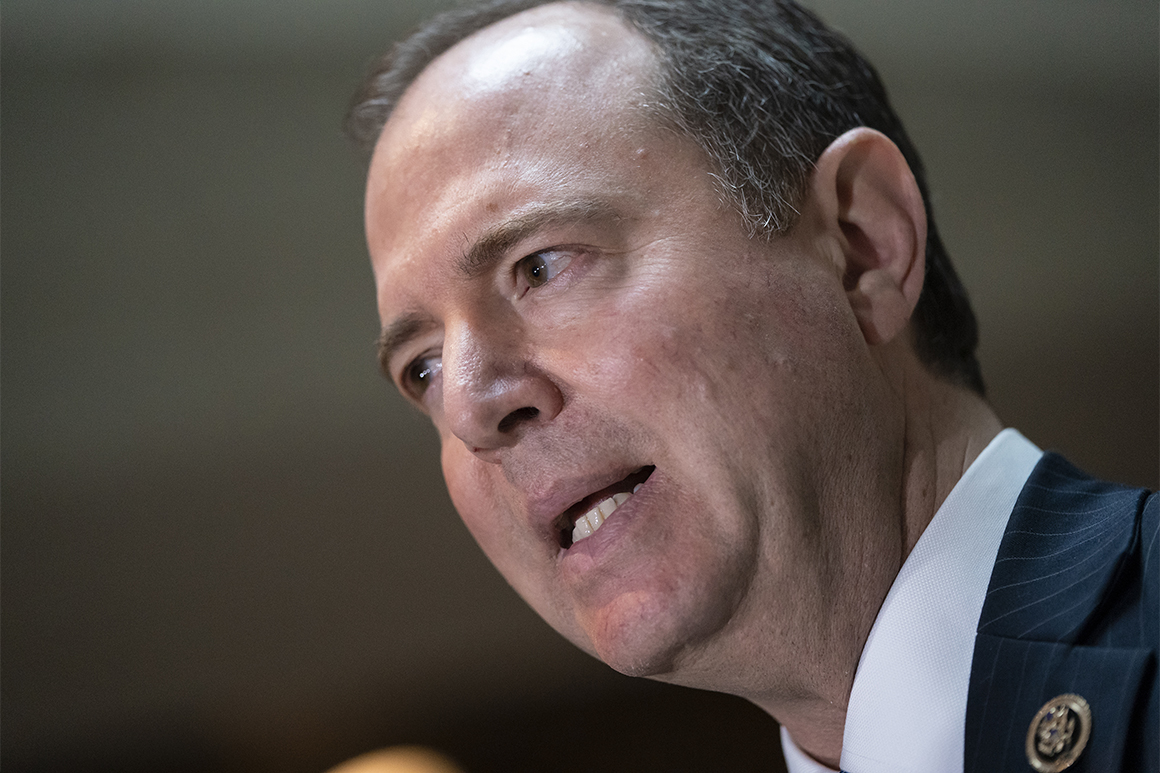 In an interview on CNN, Schiff rejected Senate Intelligence Chairman Richard Burr’s statements from earlier this month, in which Burr said evidence shows no collusion by the Trump campaign and Russia.

“Chairman Burr must have a different word for it,” Schiff told host Dana Bash on “State of the Union,” pointing to communications between Russia and Donald Trump Jr. and former Trump aides George Papadopoulos and Michael Flynn.

“You can see evidence in plain sight on the issue of collusion, pretty compelling evidence,” Schiff said, adding, “There is a difference between seeing evidence of collusion and being able to prove a criminal conspiracy beyond a reasonable doubt.”

Schiff said special counsel Robert Mueller’s report on potential Russian government meddling in the 2016 election might not be the final word on the matter.

“We may also need to see the evidence behind that report,” he said.

And Schiff said that former FBI Deputy Director Andrew McCabe should be held accountable if he lied to investigators — something he also said should be true of any former Trump staffers who did so.

Last year, the Justice Department’s internal watchdog found that McCabe inappropriately authorized the disclosure of sensitive information about the Clinton investigation to a reporter and repeatedly lied to investigators about it . The Justice Department on Thursday referenced McCabe’s dismissal from the bureau, which followed that report, in its statement disputing his claims.

“He should be held to the same standard anyone else that the Justice Department has looked at in this investigation or any other,” Schiff said.

Source: https://www.politico.com/story/2019/02/17/trump-russia-collusion-adam-schiff-1173434
Droolin’ Dog sniffed out this story and shared it with you.
The Article Was Written/Published By: Ptemple-west@politico.com (Patrick Temple-West)