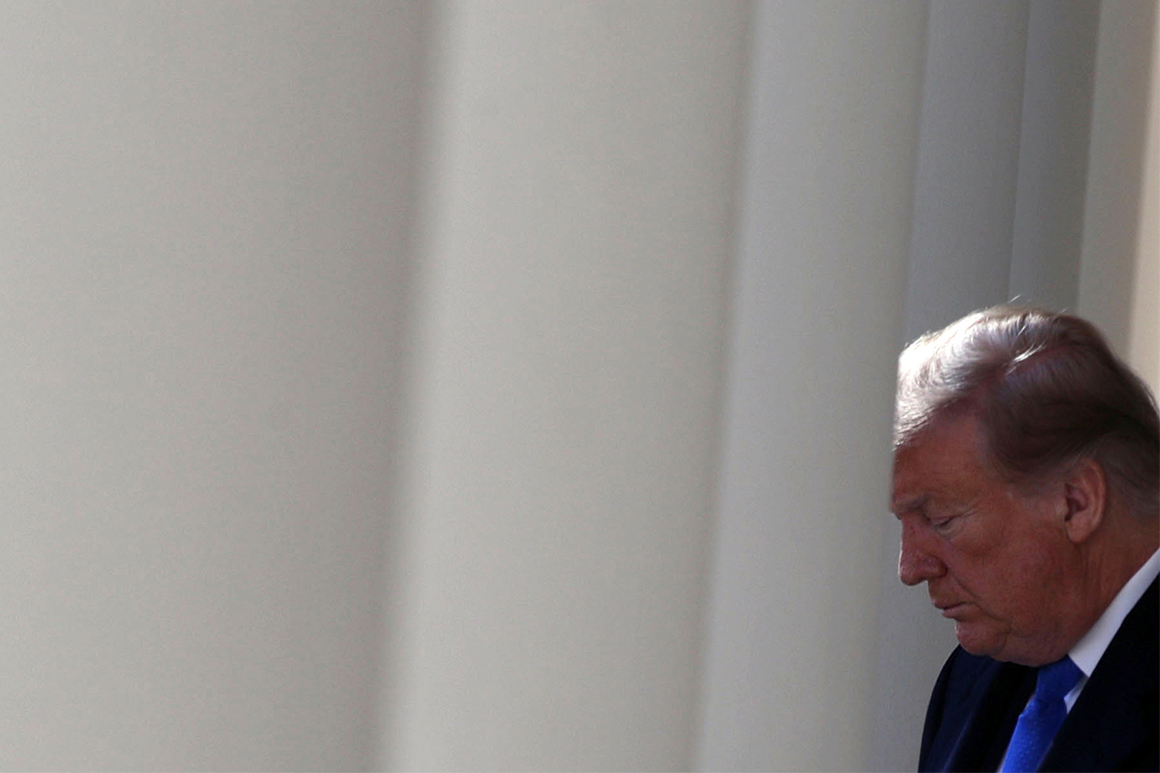 Trump declared a national emergency during a Rose Garden address Friday, a move that came after Congress failed to provide him billions of dollars to construct a wall on the U.S.-Mexico border.

The national emergency declaration will allow Trump to tap roughly $3.6 billion in military construction funds to build a wall, according to the White House. In addition, the administration expects to use $2.5 billion from a Pentagon drug prevention program and $600 million from a Treasury Department drug forfeiture fund.

Several groups immediately vowed to sue the administration, from the American Civil Liberties Union to the state of California. The president himself acknowledged in his speech Friday that litigation could halt the maneuver temporarily.

The first lawsuit to challenge the constitutionality of the emergency was filed Friday by the liberal advocacy group Public Citizen. The organization argued that Trump used the national emergency to sidestep Congress in violation of the separation of powers outlined in the Constitution.

In a 19-page complaint, the organization contends Trump declared an emergency because lawmakers didn’t meet his request of $5.7 billion for a border wall. A spending bill passed Thursday devoted only a quarter of that amount to border barriers.

“A disagreement between the president and Congress about how to spend money does not constitute an emergency authorizing unilateral executive action,” the group argued.

Public Citizen brought the suit on behalf of the Frontera Audubon Society, a 15-acre nature preserve in the Rio Grande Valley, and three landowners in South Texas who were informed the government will build a wall on their properties if funds become available.

The plaintiffs called on the federal court to invalidate the declaration and halt any related border wall construction.

In a separate suit filed Friday in D.C., a government watchdog group demanded Justice Department legal opinions that examine the president’s power to use a national emergency to build a wall.

The group, Citizens for Responsibility and Ethics in Washington, filed a Freedom of Information Act request in early January that sought the opinions, which could offer insight into the administration’s preparation for the emergency. DOJ’s Office of Legal Counsel acknowledged receipt of the request this week, according to the complaint, but refused to expedite processing.

Several other organizations have threatened to file lawsuits in the coming days, including the ACLU, which intends to target the administration’s use of a military-construction law to access the $3.6 billion in Pentagon funds. The statute has been invoked by presidents twice in the past, but mostly for projects overseas, and for significantly smaller sums of money.

The Center for Biological Diversity, an environmental group headquartered in Tucson, Ariz., said Friday that it will also take legal action against the emergency declaration, possibly as soon as this weekend.

Laiken Jordahl, the center’s borderlands campaigner, said in a related announcement that the emergency would “[destroy] wildlife and communities along the border and [assault] democracy in the process.”

The state of California — which has clashed with Trump over his immigration crackdown — also is threatening to sue the administration. Gov. Gavin Newsom, a Democrat, called Trump’s emergency declaration “a national disgrace” in a tweet Friday.

“Our message to the White House is simple,” he wrote. “CA will see you in court.”

Source: https://www.politico.com/story/2019/02/16/trump-national-emergency-lawsuits-1173336
Droolin’ Dog sniffed out this story and shared it with you.
The Article Was Written/Published By: thesson@politico.com (Ted Hesson)