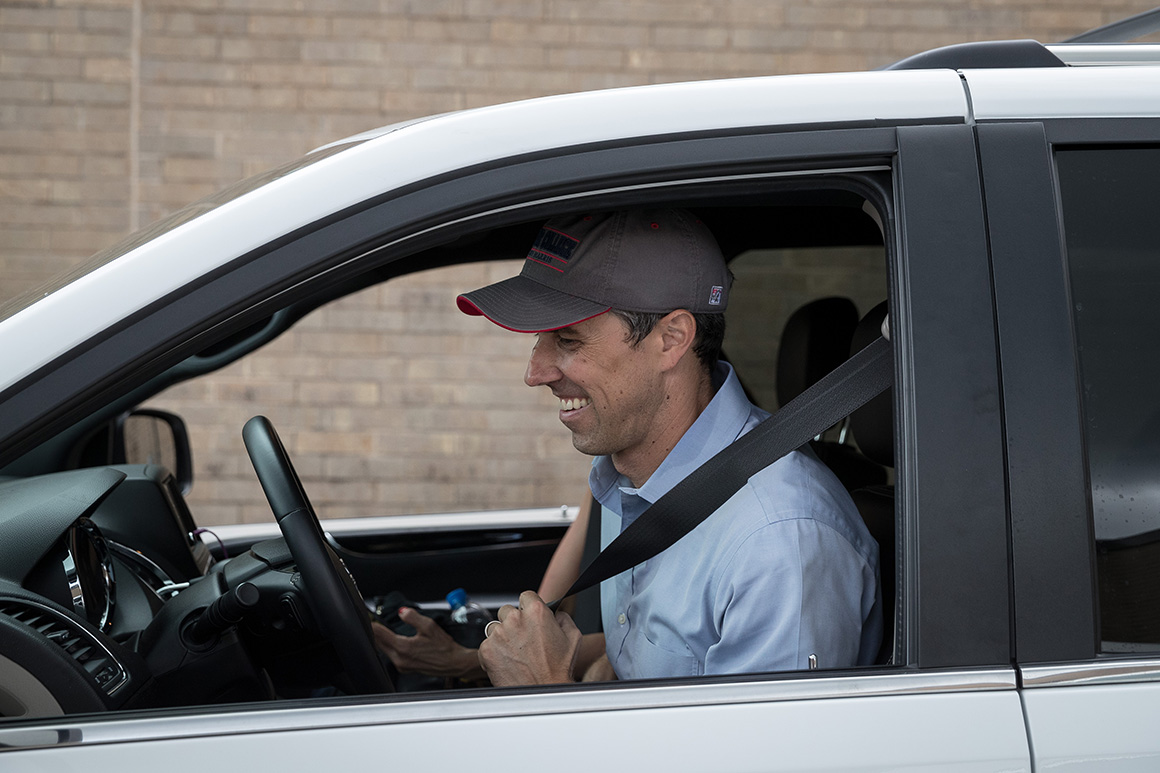 Beto O’Rourke is hitting the road again, this time for the Midwest.

Following a massive rally in his hometown of El Paso, Texas, on Monday, the former Texas congressman and potential presidential candidate will visit with students at University of Wisconsin, Madison on Friday. He will then travel to Chicago, where he will address a national conference of the United States Hispanic Leadership Institute on Saturday. Julián Castro, who has already declared for president, is also scheduled to speak at that event.

O’Rourke’s meeting with students is closed to the media, a spokesman confirmed.

Wisconsin has become a top priority for Democrats after President Donald Trump in 2016 became the first Republican presidential candidate to carry the state since 1984.

The events mark O’Rourke’s first public steps outside of Texas since a solo road trip that drew widespread attention throughout the Southwest. The visits come as O’Rourke edges closer to a presidential campaign. He has said he will make a decision about entering the race by the end of the month.

O’Rourke is scheduled to return home by next week to accept an award on Tuesday from El Paso Inc. for “El Pasoan of the Year.”

Source: https://www.politico.com/story/2019/02/14/beto-2020-wisconsin-illinois-1170837
Droolin’ Dog sniffed out this story and shared it with you.
The Article Was Written/Published By: dsiders@politico.com (David Siders)

WE CAN BE HEROES Trailer (Sharkboy & Lavagirl 2)

WE CAN BE HEROES Trailer (Sharkboy & Lavagirl 2) The NEW Movie Trailers you need to see ➜ https://www.youtube.com/playlist?list=PL3HDxuj_oceDEQGSpLLOqZjjy05MwFOSp © 2020 – Netflix Source: https://www.youtube.com/watch?v=zIi1TtZVw9k Indie Brew found this story and shared it with you. The Article Was Written/Published By: FRESH Movie Trailersv [...]

Madlib and Karriem Riggins conjure the spirit and sound of ’70s Spiritual Jazz. Read full story on the Bandcamp Daily. Source: https://daily.bandcamp.com/album-of-the-day/jahari-masamba-unit-pardon-my-french-review Indie Brew found this story and shared it with you. The Article Was Written/Published By: Marcus J. Moorev [...]

Read Ashley Bardhan’s review of the album. Source: https://pitchfork.com/reviews/albums/shygirl-alias-ep/ Indie Brew found this story and shared it with you. The Article Was Written/Published By: Ashley Bardhanv [...]