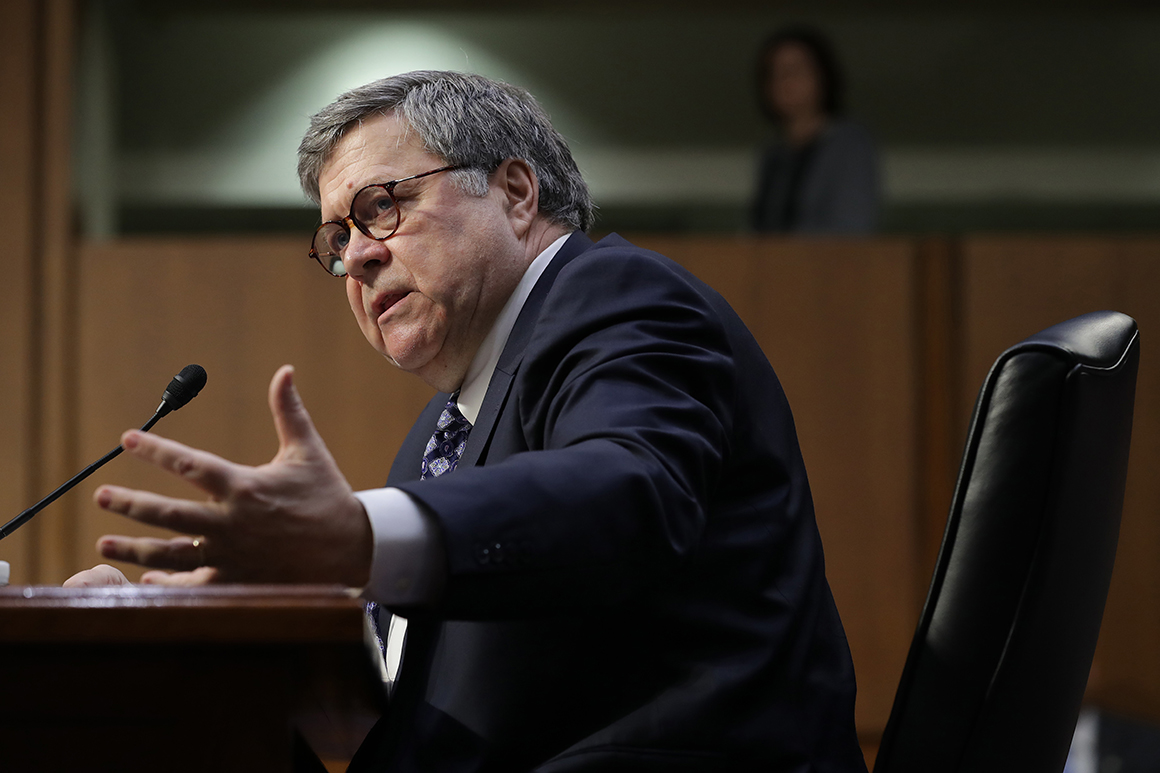 The Senate on Thursday confirmed William Barr to be the next attorney general of the United States despite Democratic concerns over how he would oversee special counsel Robert Mueller’s investigation.

The Senate approved Barr’s nomination in a 54-45 vote, with three Democrats joining nearly every Republican in support.

Democratic Sens. Joe Manchin (D-W.Va.), Doug Jones (D-Ala.) and Kyrsten Sinema (D-Ariz.) split with most in their party to back Barr. Sen. Rand Paul (R-Ky.) was the only Republican to oppose Barr’s nomination, citing his record on privacy issues.

Senate Democrats this week continued to express alarm over how Barr would oversee Mueller’s investigation into possible collusion between President Donald Trump’s 2016 campaign and Russia.

“The memo calls into serious question Mr. Barr’s ability to impartially oversee the obstruction of justice issue in the Mueller investigation at a moment in history when that is an essential question,” Sen. Dick Durbin (D-Ill.) said Wednesday. Durbin added that he is “alarmed by Mr. Barr’s continued hedging about what he will do when Mr. Mueller completes his investigation.”

Barr has noted that under Justice Department regulations, the Mueller report is confidential but has pledged to be as transparent as he can.

At his confirmation hearing last month, Barr pledged his independence from Trump and vowed that he wouldn’t fire the special counsel without good cause.

“I will not be bullied into doing anything I think is wrong by anybody whether it be editorial boards or Congress or the president,” he said. “I am going to do what I think is right.”

Barr will replace former Attorney General Jeff Sessions, who angered Trump after recusing himself from the Mueller investigation. This is Barr’s second stint as attorney general, having previously led the Justice Department under President George H.W. Bush.

Republicans argued Democrats should be pleased that a veteran DOJ official was taking the post.

“When it comes to Bill Barr, I can only tell my Democratic colleagues there is nobody better that I know to recommend to you,” Senate Judiciary Chairman Lindsey Graham (R-S.C.) said this week. “This is as good as it gets on our side.”

Source: https://www.politico.com/story/2019/02/14/senate-confirms-william-barr-1170020
Droolin’ Dog sniffed out this story and shared it with you.
The Article Was Written/Published By: mlevine@politico.com (Marianne LeVine)