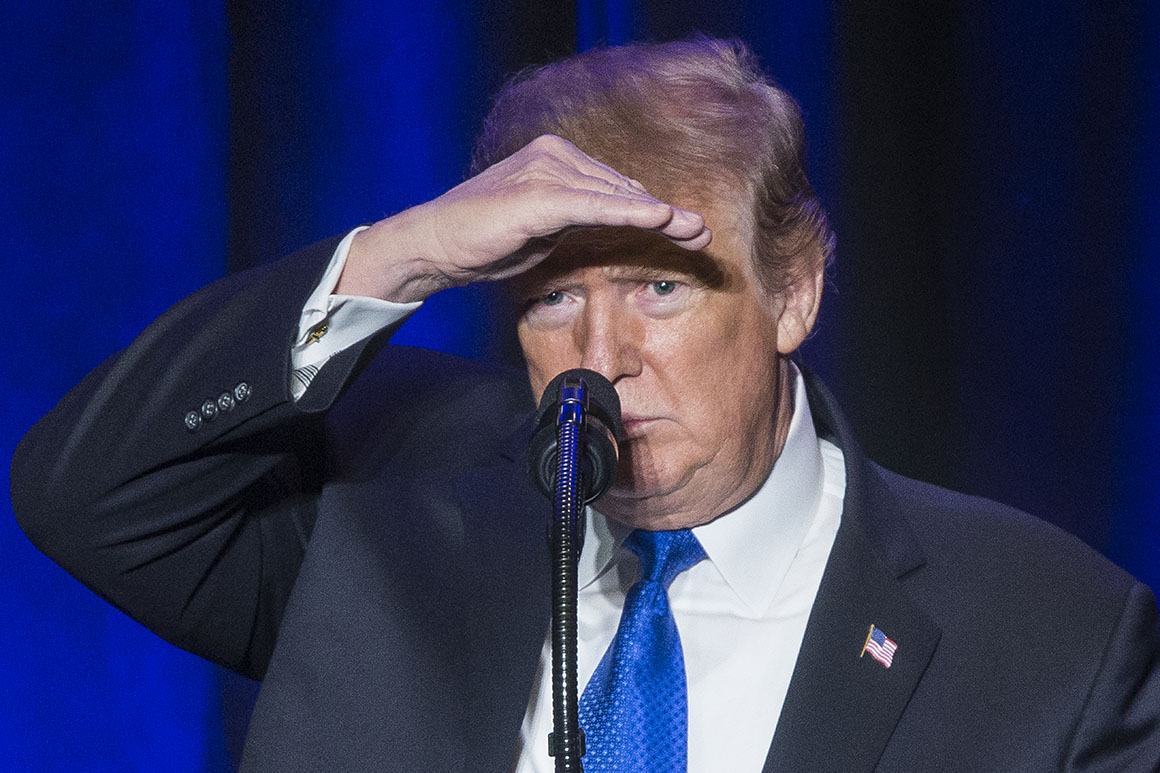 Tucked into the 1,159-page bill are provisions that limit Trump’s ability to round up undocumented immigrants and that increase oversight of the officers who carry out those sweeps. On the border, restrictions on barrier construction will bar the administration from erecting fences on several large properties in South Texas, including a butterfly sanctuary and a historic Catholic church.

The legislation amounts to a subtle rejection of Trump’s aggressive enforcement tactics — a needling that reflects the new power dynamic since Democrats took control of the House in January.

The $1.4 billion in border barrier funding is well below the $5.7 billion that Trump sought in negotiations. Beyond that, the legislation limits the type of border barriers the administration may erect to already-deployed designs, which means Trump can’t use any of the border wall prototypes his administration built in the San Diego area.

The president himself has resisted committing to the spending compromise, saying earlier this week that he wasn’t “happy” with the deal. But he also said he didn’t expect another government shutdown — which is what would happen if he vetoed the spending package currently moving through Congress.

The bipartisan bill incensed some groups that favor lower levels of immigration, a lobby that enjoys close ties to Trump administration policymakers.

One measure within the bill would prohibit DHS from detaining or deporting a sponsor, potential sponsor, or household member of an unaccompanied minor based on information shared with HHS.

The exemption does not apply to sponsors with felony convictions or charges. Similarly, it does not apply to people linked to businesses that employ minors for less than a legal wage, or that involve prostitution.

Democrats have pushed for such protections to ensure that sponsors who step forward to claim unaccompanied children will not face the threat of arrest and deportation, but immigration hawks say it’s a free pass for undocumented immigrants.

Jessica Vaughan, a policy director with the restrictionist Center for Immigration Studies, said in a tweet Thursday morning that the provision amounted to “de facto sanctuary for anyone near” an unaccompanied minor.

The bill also would increase funding for “alternatives to detention,” which typically include ankle bracelets and case management by telephone. The Democratic summary of the bill said funding increases would allow such monitoring for 100,000 migrants, up from 82,000.

Vaughan called these alternatives “costly and ineffective” unless paired with additional funding to allow ICE officers to arrest and deport migrants “when they (inevitably) violate the terms” of the agreement.

The legislation would step up oversight of ICE by increasing the number of inspections of detention facilities, although an internal audit in June deemed such inspections inadequate. In addition, the agency would be required to issue public reports on the number of migrants and families in custody.

At the same time, some immigrant advocates argued the bill would overfund enforcement agencies and wouldn’t go far enough to protect migrants.

ICE and CBP would each receive roughly a 7 percent budget increase, bringing the agencies’ funding to approximately $7.6 billion and $15 billion, respectively.

The legislation would prohibit the use of restraints on pregnant women in DHS custody, with exceptions for flight risks and people who could harm themselves or others.

In December, ICE reportedly weighed loosening guidance around the use of such restraints. The agency rescinded an Obama-era policy in late 2017 that called for the release of pregnant women from detention. Instead, new ICE guidance made it a “case-by-case” decision.

“Restraints are alas a tiny issue in the realm of policy on ICE’s detention of pregnant women,” tweeted Scott Shuchart, a former DHS official and current senior fellow at the liberal Center for American Progress. “Pregnant women will still be stressed and endangered in unsafe immigration detention.”

The spending bill would fund a yearly average of 45,274 detention beds, according to Republican and Democratic offices involved in the negotiations. That number represents a 12 percent increase over funded levels in fiscal year 2018 — a significant concession, but far below the 52,000 beds Trump had requested.

Democrats continued to argue that the bill “establishes Congress’s intent” to reduce the detention population to 40,520 by the end of the fiscal year. No clause within the bill makes that mandatory, but Democrats say that ICE will need to cut detention levels to arrive at a 45,274-bed yearly average.

Still, ICE will retain the ability to reprogram funds, which one Republican office involved in the legislative negotiations claimed would allow the agency to detain as many as 58,500 people during the year.

Source: https://www.politico.com/story/2019/02/14/funding-bill-limits-trump-immigration-1175455
Droolin’ Dog sniffed out this story and shared it with you.
The Article Was Written/Published By: thesson@politico.com (Ted Hesson)