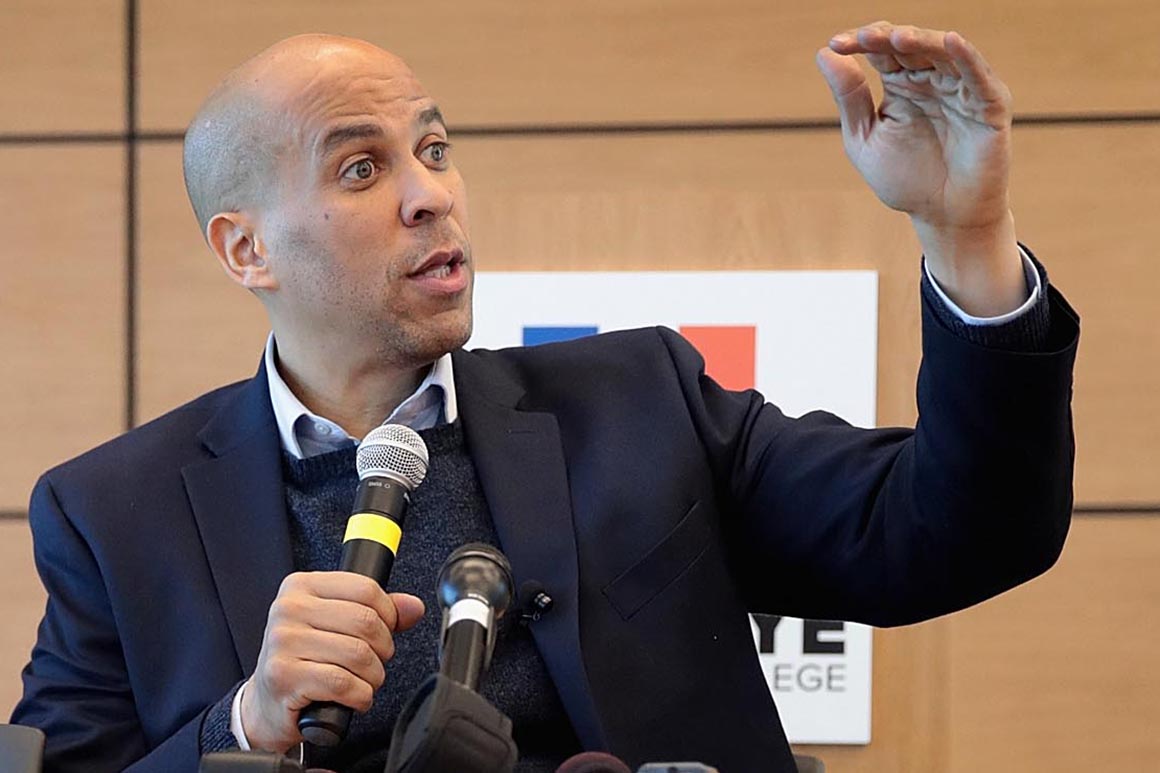 Sen. Cory Booker (D-N.J.) stressed the diversity of the Democratic presidential field Tuesday night, adding that while he does not want to “box himself in” so far away from Election Day, he would be “looking at women first” as a running mate should he become his party’s presidential nominee.

“We have such a great field of leaders, I think you’ll rarely see a Democratic ticket anymore without gender diversity, race diversity,” Booker told MSNBC host Rachel Maddow. “It’s something we should have. I’m not going to box myself in, but should I come to it, you know I’ll be looking to women first.”

Booker himself was reportedly near the top of Hillary Clinton’s short list for a running mate in 2016. He characterized the growing list of announced Democratic presidential candidates, which includes four of his Senate colleagues already, as a “abundance of riches” for the party.

“I hope whoever wins, we all support,” Booker said. “It’s very important to me that we have full support of whoever that nominee is.”

Source: https://www.politico.com/story/2019/02/12/cory-booker-2020-vice-president-1167284
Droolin’ Dog sniffed out this story and shared it with you.
The Article Was Written/Published By: bgriffiths@politico.com (Brent D. Griffiths)