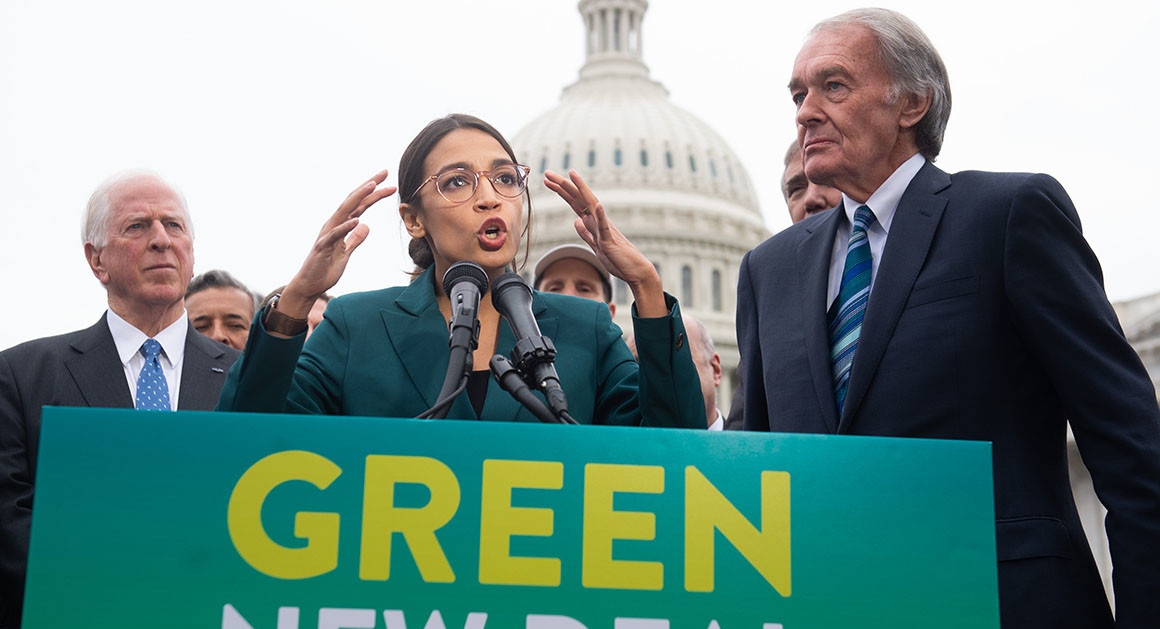 ALBANY — Gov. Andrew Cuomo said he backs the ultimate goal of Rep. Alexandria Ocasio-Cortez (D-N.Y.)’s “Green New Deal” proposal to eliminate carbon emissions, but he indicated concerns about how best to achieve such an ambitious target.

Cuomo, who cultivated a reputation as a pragmatist, has proposed what he also has branded a “Green New Deal” in New York, but his plan lacks a deadline for the elimination of greenhouse gas emissions. Ocasio-Cortez’s framework calls for a 10-year wholesale economic shift to achieve that target.

“I would support a national framework that was feasible,” Cuomo said. “Everybody wants to get to the same goal. The question is how you do it. … The problem has always been the how, not the goal. I get the goal. Zero carbon emissions, yes. How?”

Cuomo’s energy policy has focused on the question of how best to achieve ambitious emissions reductions.

His efforts have mostly focused on the electric sector, where the state has vast regulatory authority to leverage and drive increased renewables and storage. He’s backed a nuclear subsidy for upstate power plants because of concerns that replacement power from fossil fuel plants would drive up emissions. Some environmental groups oppose the subsidies.

Now, with new Democratic leadership in the state Senate, Cuomo has proposed even more ambitious electric sector targets — boosting the renewables target from 50 percent by 2030 to 70 percent by the same year and setting a new 100 percent “clean energy” goal for electricity by 2040.

But Cuomo’s economy-wide proposal included in his executive budget simply calls for the creation of a council to develop a plan to achieve “carbon neutrality” statewide, with a focus on regional cooperation. There is no deadline for achieving the eventual target.

That’s a stark contrast to several proposals backed by environmental advocates, including the Climate and Community Protection Act supported by Senate Democrats and passed for three years in the Assembly. That measure, which will be the subject of three hearings this week, would set a 2050 zero-emissions goal.

Some environmental groups back an even more aggressive 2030 target. That’s similar to the proposal from Ocasio-Cortez.

Source: https://www.politico.com/states/new-york/albany/story/2019/02/11/cuomo-backs-ocasio-cortezs-green-goals-but-raises-questions-about-feasibility-847090
Droolin’ Dog sniffed out this story and shared it with you.
The Article Was Written/Published By: mfrench@politico.com (Marie J. French)