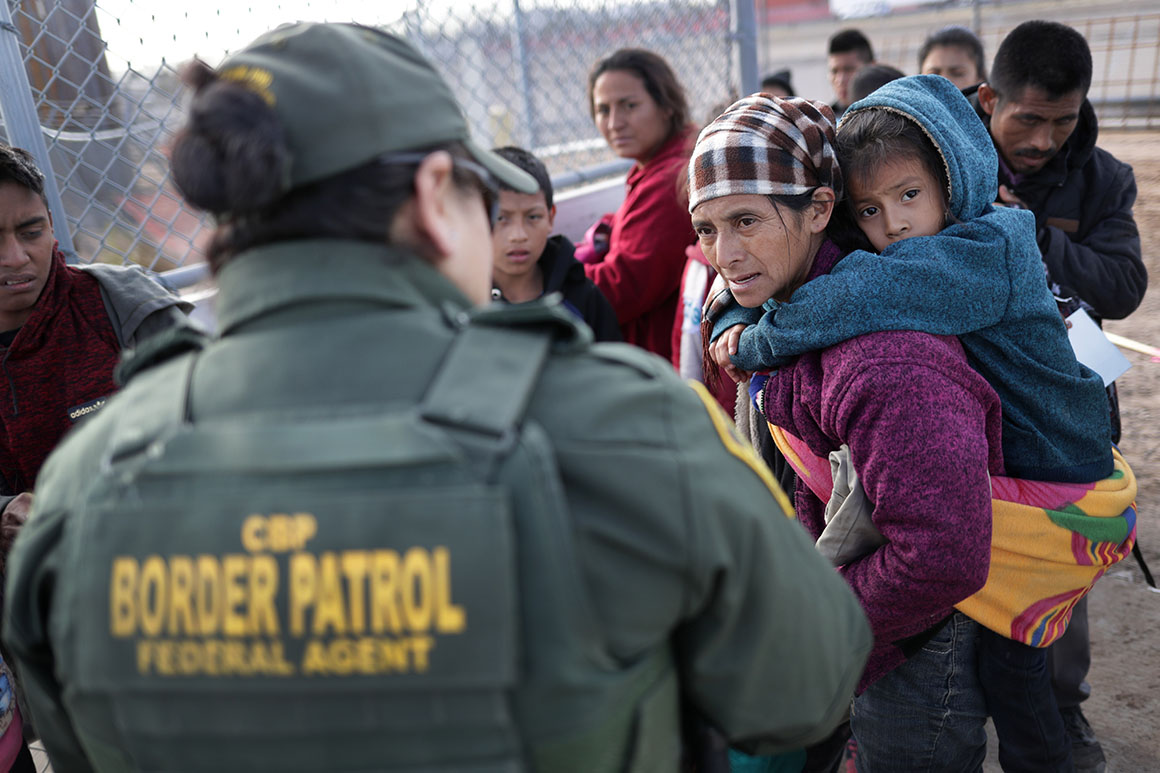 Border Patrol’s struggles to recruit and keep agents present a seldom-discussed impediment to President Donald Trump’s efforts to lock down the U.S.-Mexico border — one that the Trump White House is reluctant to acknowledge.

“It’s a tough job,” said Rep. Michael McCaul, a Republican whose district stretches from outside Houston to the Austin area and is a former chairman of the House Homeland Security Committee. “You’re down in really harsh conditions and you got some migrants throwing rocks at you.”

Shortly after taking office, the president signed an executive order that called for the hiring of 5,000 additional agents. More recently, his administration pushed a proposal that calls for 2,750 additional agents, law enforcement officers and staff. But Border Patrol can’t hire enough people even to fill jobs that were available before. Even as Congress provides funding to hire 21,370 agents, the patrol is more than 1,800 agents short of that mark.

Rep. Bennie Thompson (D-Miss.), chairman of the Homeland Security Committee, said the agency’s inability to spend its current allotment undercuts the Trump administration’s demand for more agents. “You make a better argument when you say, ‘Look, we could use 5,000 more because we’re at our cap,’” he said in an interview. “But you’re not there.”

The struggle to recruit and retain Border Patrol agents predates the Trump administration. The number of agents peaked at 21,444 in fiscal year 2011, and since then has mostly trended downward. U.S. Customs and Border Protection, the parent agency to Border Patrol, consistently ranks near the bottom of an annual federal survey of employee satisfaction.

The agency made some strides in the past year. Border Patrol counted 19,544 agents in mid-January, a hard-won 107-agent increase over the number in fiscal year 2017.

“For the first time in many, many, many years, we are hiring at a rate that outpaces the rate at which we are losing,” Homeland Security Secretary Kirstjen Nielsen crowed to lawmakers during a Senate committee hearing in October.

A CBP spokeswoman told POLITICO that the agency has worked in recent years to improve its hiring process “without affecting the quality of candidate,” a key concern given its national security mission.

A defense spending bill passed by Congress in December 2016 gave CBP the authority to waive the required polygraph examination for certain veterans. The agency also made changes to the polygraph testing process itself. CBP’s lie-detector tests have presented a serious bottleneck to hiring in the past, with the lowest pass rate of any step in the agency’s hiring process, according to a June report by the Government Accountability Office.

The reform efforts have made a few missteps. CBP awarded the consulting firm Accenture a $297 million contract in late 2017 to hire 7,500 agents over five years — a total that would exceed the demand in Trump’s executive order. Ten months into the contract, CBP had paid Accenture $13.6 million to process precisely two accepted job offers, according to an internal audit by the Homeland Security Department inspector general’s office. (CBP argued in a response to the report that Accenture had create a hiring structure and “recruited thousands of new applicants.”)

Overall, Border Patrol remains well below its funded staffing level, which lawmakers and experts suggest could stem from many factors, from work environment to pay and benefits.

As with many law enforcement careers, Border Patrol agents face potentially dangerous situations. Donna Doss, a 49-year-old Border Patrol agent based in Abilene, Texas, died earlier this month after she was struck by a passing vehicle while assisting state law enforcement with a traffic stop. An analysis by the libertarian Cato Institute found 33 agents had been killed on duty since 2003, not including Doss.

The remote nature of patrol work can be off-putting for some people, according to Victor Manjarrez, a former Border Patrol agent and current associate director of the Center for Law and Human Behavior at the University of Texas at El Paso.

“Of course, in the desert sound is amplified, and you could hear rocks rolling up ahead,” he said. “You know there’s something up there and you don’t know what in the world it is. The hair on your neck goes up. … And some people don’t like that.”

Chris Harris, an agent and former union representative who retired in June, says it’s hard to recruit people from major cities when they may end up in remote towns at or near the Mexican border like Douglas, Ariz., or Lordsburg, N.M.

“Substandard housing, substandard medical, substandard schools, probably not a job for your spouse or significant other,” Harris said. “That’s a hard sell.” 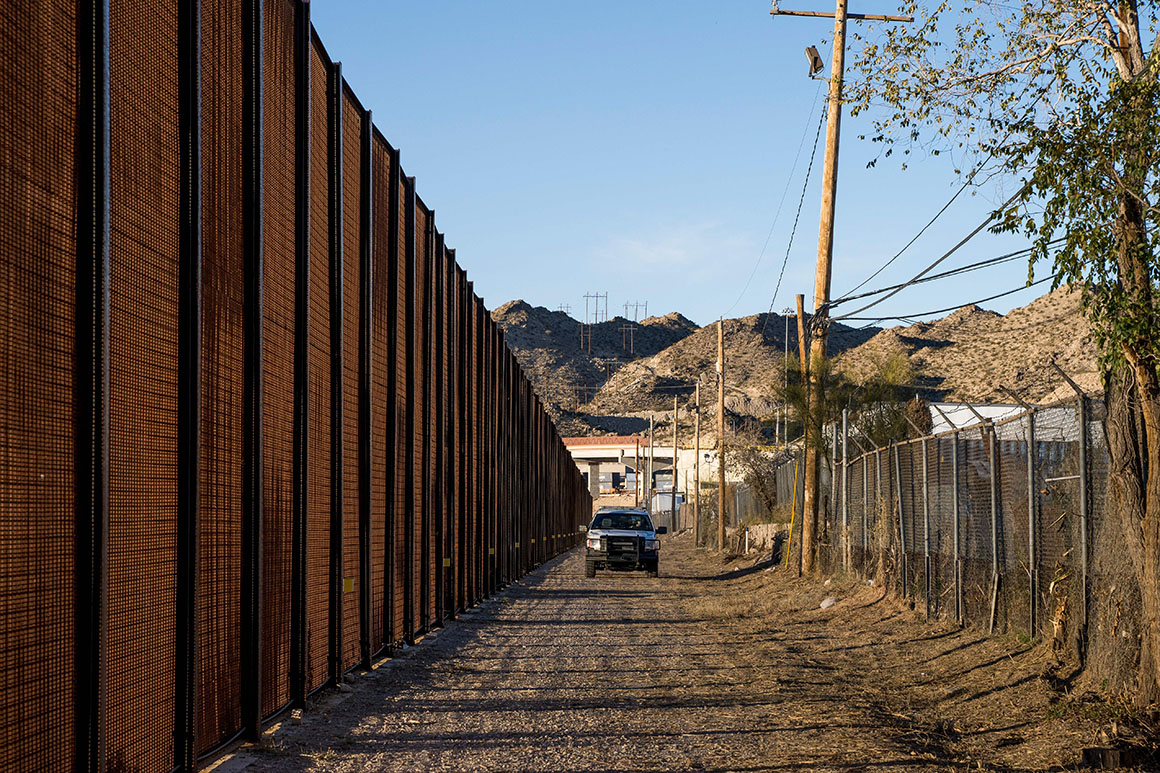 Even people who enjoy the job are often lured away by better salaries elsewhere. Rep. Will Hurd (R-Texas) last year sponsored a bill to improve the Border Patrol overtime pay process. It passed the House in September, but died in the Senate.

Prior to 2016, Border Patrol agents had access to “administratively uncontrollable overtime,” which allowed them to receive pay for work at the end of a shift. But the benefit was subject to widespread misuse and eliminated as part of pay reform legislation.

Agents now can receive overtime pay, but the rate of pay doesn’t increase for the extra hours. Officers with Immigration and Customs Enforcement, meanwhile, can be covered under the Fair Labor Standards Act and can receive “time and a half” for their overtime hours, just like overtime-eligible employees in the private sector.

Brandon Judd, president of the Border Patrol union and a Trump ally, said “pay parity” could help stem the tide of agent departures. “If you don’t address that issue,” he said, “you will never address the attrition problem.”

Border Patrol agents regularly hop to other law enforcement agencies, including ICE and the CBP Office of Field Operations, which handles customs and manages ports of entry, according to the June GAO report.

Immigration and Customs Enforcement presents a particularly appealing option for Border Patrol agents, according to the report. Of 113 agents who left for other agencies in the first half of fiscal year 2018, 64 percent went to ICE.

One reason is that ICE maintains a Homeland Security Investigations unit that offers better earning opportunities to agents with a bachelor’s degree or higher. Border Patrol has no such investigative unit. Another reason, the report said, is that “working a standard day shift at ICE in a controlled indoor environment located in a major metropolitan area” is “an attractive career alternative for Border Patrol agents who often work night shifts in extreme weather in geographically remote locations.”

“You have a law enforcement agency that America needs, but it is a tool that needs to be used appropriately,” Breasseale said.

Rep. Joaquín Castro, a Texas Democrat and the chairman of the Congressional Hispanic Caucus, blames the administration’s quest to build a border wall. “They should be focused on making sure the agency is properly staffed, committing their time and energy to that.”

Castro (D-Texas) and Democratic lawmakers traveled to border areas in New Mexico in December and January following the deaths of two migrant children in Border Patrol custody, and observed conditions.

“The agents were telling us that oftentimes they’re patrolling areas without radio communication or even cell phone communication,” Castro told POLITICO. “It was clear that the agency is not staffed with the medical supplies and training and personnel they need to take care of somebody if they encounter an emergency. … So yeah, it is a tough job in that way.”

Others say Trump’s policies have been a plus for Border Patrol’s rank and file. The president has shown a strong affinity for the Border Patrol union, which endorsed him in 2016. Trump even brought Judd and other union members into the White House during the recent 35-day government shutdown over Trump’s demand of $5.7 billion for a border wall. Judd said that agents have noticed Trump’s commitment to their mission.

“They will 100 percent tell you that they feel appreciated,” he said.

Judd contends Trump’s divisive immigration agenda hasn’t made it harder to retain agents. Those who remain, he said, see the president’s immigration crackdown not as a drawback but as a morale booster. “The ones that stay,” he said, “they tend to believe in the mission.”

Source: https://www.politico.com/story/2019/02/10/border-patrol-recruitment-crisis-1157171
Droolin’ Dog sniffed out this story and shared it with you.
The Article Was Written/Published By: thesson@politico.com (Ted Hesson)