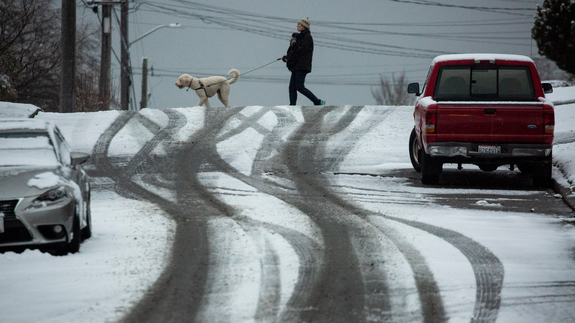 So it snowed in Seattle. Like, a lot. And wouldn’t you know it, the city’s canine residents can’t get enough.

An unusually powerful winter storm dropped over six inches on the Pacific Northwest city Feb. 9 — a “new daily record” according to the National Weather Service, which also happens to report that more snow is on the way. That hasn’t stopped Seattle’s dogs from making the most of the surprise snow day.

And, thankfully for us, their humans decided to capture a bit of the fun for social-media posterity.

Snow dogs! This is the most snow I’ve ever seen in Seattle ??? pic.twitter.com/lwpQpgMVRD

Source: https://mashable.com/article/snow-dogs-seattle/
Droolin’ Dog sniffed out this story and shared it with you.
The Article Was Written/Published By: Jack Morse