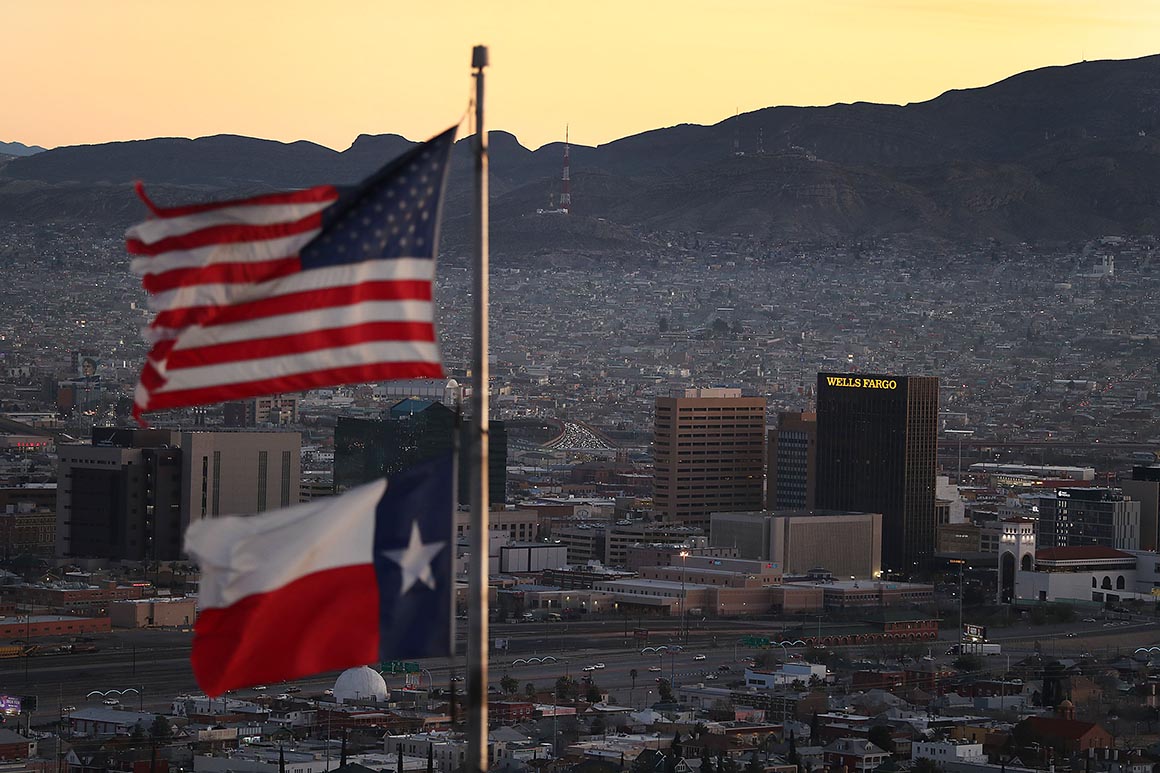 President Donald Trump kept a relatively low profile the day after his State of the Union address, staying silent on Twitter and remaining in Washington on a day when many past presidents have hit the road to amplify their annual speeches.

But White House officials and close advisers say that Trump is gearing up to redouble his case for a U.S.-Mexico border wall, including with a planned trip to El Paso next week, where he will make a final case for the $5.7 billion project before parts of the federal government run out of funding again on Feb. 16.

Trump’s predecessors have often staged rallies immediately after their State of the Union addresses to milk their moment in the sun. But Trump allies, some of whom have urged him to spend more time outside of Washington making the case for the wall, applauded his planned travel, however delayed.

“The rally is a genius move. It will continue to keep the issue and the overall crisis at the border at the forefront of the minds of the American public — especially in Beto O’Rourke’s hometown. It’s calling on Democrats to finally take action,” said Jason Miller, a former senior communications adviser to the Trump campaign.

O’Rourke, a former Democratic congressman from Texas, is considering a 2020 presidential bid. During a brief appearance at the White House on Wednesday, Trump did not respond to a question about whether O’Rourke was a factor in his choice of destination. But the talk was a reminder that Trump’s every move for the next two years will be viewed through the prism of his re-election campaign.

For now, Trump is defying predictions that he would step on his Tuesday night message with rash early-morning tweets and making no new statements about the border wall fight. He did pick a new fight with a prominent House Democrat, however, when he branded House Intelligence Committee Chairman Adam Schiff — who announced Wednesday that he would investigate whether Trump’s posture towards Russia is influenced by potential financial gain — as “a political hack who’s trying to build a name for himself.”

At the same time, lawmakers on Capitol Hill continue to negotiate behind-closed-doors on a potential immigration deal that might appease Trump’s desire for greater funds for border security while also appealing to the newly empowered House Democrats. But time is running out for that process, which Trump has called hopeless.

The White House continues to keep its options open as to how it intends to respond to any immigration deal, if there’s one to be had. Trump could allow another partial government shutdown to happen — something Vice President Mike Pence would not rule out in a Wednesday interview — even though congressional leaders of both parties strongly discourage it.

To avoid a shutdown, Trump could declare a national emergency that would allow him to access funding without congressional approval. But that would run against the advice of White House lawyers and many conservatives who worry that it would set a dangerous precedent and improperly usurp spending power from Congress.

“I don’t take anything off the table. I don’t like to take things off the table,” Trump said last Sunday in an interview with CBS’s Face the Nation. “You know, there have been plenty national emergencies called,” he added. (Presidents have declared dozens of national emergencies since the law making them possible was enacted. Legal experts said Trump’s declaration is certain to face a stiff legal challenges.)

Some White House officials and allies hope that Trump will de-escalate the standoff over the wall. That could mean accepting a proposed Congressional compromise, blaming Democrats for not doing more on immigration, and moving onto to other agenda items like prescription drug prices or infrastructure.

Acting chief of staff Mick Mulvaney continues to hunt for potential sources of border wall funding within the federal budget — a task he’s been working on for more than eight months, said one White House official.

Trump’s planned visit to El Paso will presumably focus on what he calls the positive effect of border wall construction there, which he spotlighted in Tuesday’s State of the Union address.

“The border city of El Paso, Texas used to have extremely high rates of violent crime — one of the highest in the entire country, and considered one of our nation’s most dangerous cities,” Trump said in his State of the Union address. “Now, immediately upon its building, with a powerful barrier in place, El Paso is one of the safest cities in our country. Simply put: Walls work, and walls save lives.”

The Republican congressman representing El Paso, Rep. Will Hurd, has disputed that narrative, calling such a physical structure unnecessary.

One Trump campaign adviser said the El Paso trip was scheduled early next week to specifically voters’ focus on immigration policy, not any potential 2020 opponents. The president does not have any other campaign travel scheduled for next week at this time, the adviser added.

Inside the White House on Wednesday, aides felt buoyed by Trump’s State of the Union address and the praise from many Republicans for the roughly 80-minute speech that touched on the state of the economy, immigration, national security, and trade — all planks of Trump’s 2016 campaign.

“Everyone is getting kudos because people are calling the White House to say it was a good night,” said one Republican close to the administration. “They are excited — for one day — to have accolades all around.”

The accolades were far from universal, however, as Democrats roundly trashed Trump’s speech as featuring insincere homages to national unity and bipartisanship.

And the good mood may not last long given the funding deadline that will trigger a partial shutdown at midnight next Friday. People close to the president said they were unsure when and how Trump will unveil his next move in the border wall fight.

But despite Trump’s rosy talk on Tuesday night about unity and cooperation, they see little evidence of an impending climbdown.

“Immigration was a major plank of his campaign that got him elected. He is not going to give up on that,” said a second Republican close to the White House. “Unity doesn’t mean we will always get everything you want. Unity means lawmakers can reach agreement on some set of issues and then they’ll have to give on some other things like on immigration.”

Source: https://www.politico.com/story/2019/02/06/trump-visits-el-paso-border-1152909
Droolin’ Dog sniffed out this story and shared it with you.
The Article Was Written/Published By: ncook@politico.com (Nancy Cook)