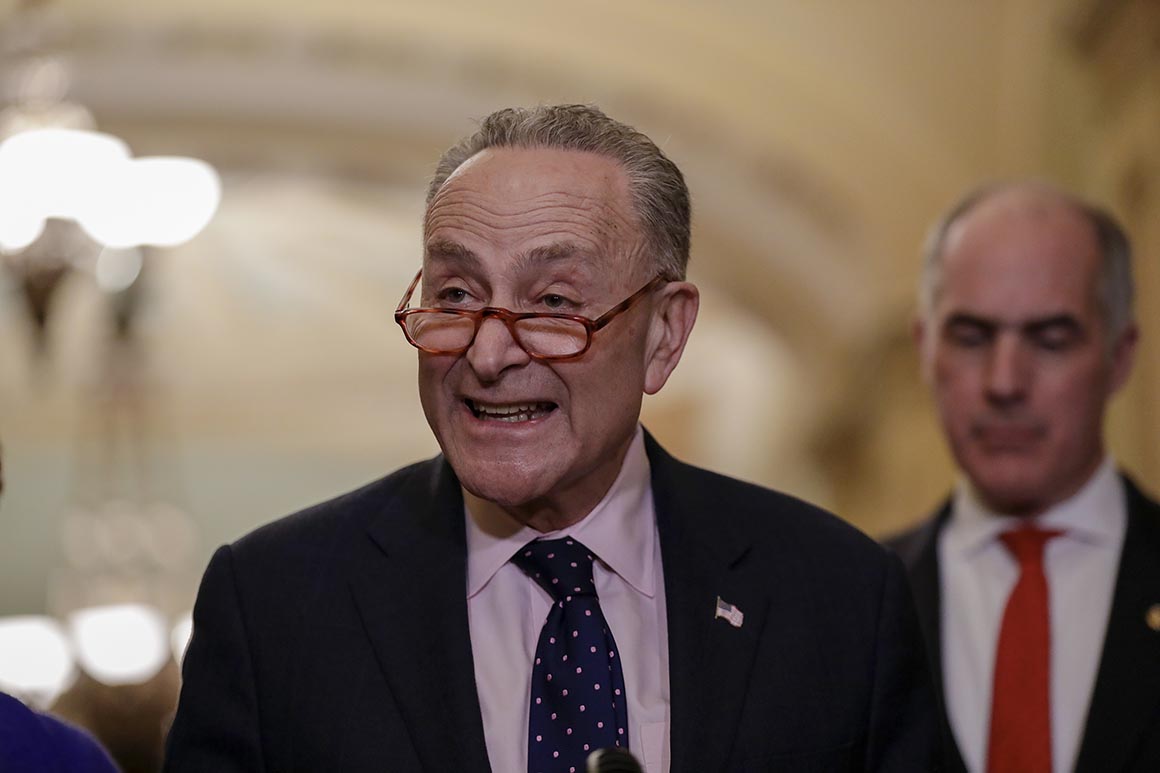 Senate Minority Leader Chuck Schumer said Wednesday that President Donald Trump’s oblique denunciation of probes into his administration was a signal that he is “scared” of such inquiries and “has something to hide.”

Delivering his State of the Union address Tuesday night, the president touted his administration’s claimed successes, telling the joint session of Congress that “an economic miracle is taking place in the United States and the only things that can stop it are foolish wars, politics, or ridiculous partisan investigations.” The warning was interpreted by many as criticism not just of the ongoing Russia investigation led by special counsel Robert Mueller, but also of the myriad oversight probes expected from the new Democratic majority in the House.

“I took it that the president’s scared. The bottom line is that we are as a country, we’ve always had congress do oversight over the executive branch,” Schumer (D-N.Y.) told “CBS This Morning” on Wednesday. “That’s how the Founding Fathers set it up.”

In an earlier Wednesday appearance on CNN, Schumer said the president’s “ridiculous partisan investigations” warning revealed that he has “something to hide.” The minority leader likened the denunciation of investigations to the 35-day government shutdown that rattled Washington last month.

“And the president says if you investigate me I’m not going to make progress. That’s already doing what he did with the shutdown. Holding the American people hostage,” Schumer said. “He’s got something to hide. Because if he had nothing to hide, he’d just shrug his shoulders and let these investigations go forward. He’s afraid of them.”

Trump and Schumer had already engaged in a testy exchange Tuesday leading up to the address, where Schumer delivered a critique of Trump’s possible talking points from the Senate floor. Trump shot back on Twitter that Schumer was judging his address before it had even been delivered.

During his address, Trump stayed away from openly calling out any investigations into him or his associates, opting instead for a message of unity punctuated with partisan demands. The president’s speech was dominated by unflinching calls for Trump’s policy agenda, including a physical barrier on the southern border and restrictions on late-term abortions, with backhanded swipes at several Democratic members of Congress.

Source: https://www.politico.com/story/2019/02/06/schumer-trump-scared-congressional-oversight-1150943
Droolin’ Dog sniffed out this story and shared it with you.
The Article Was Written/Published By: Matthew Choi