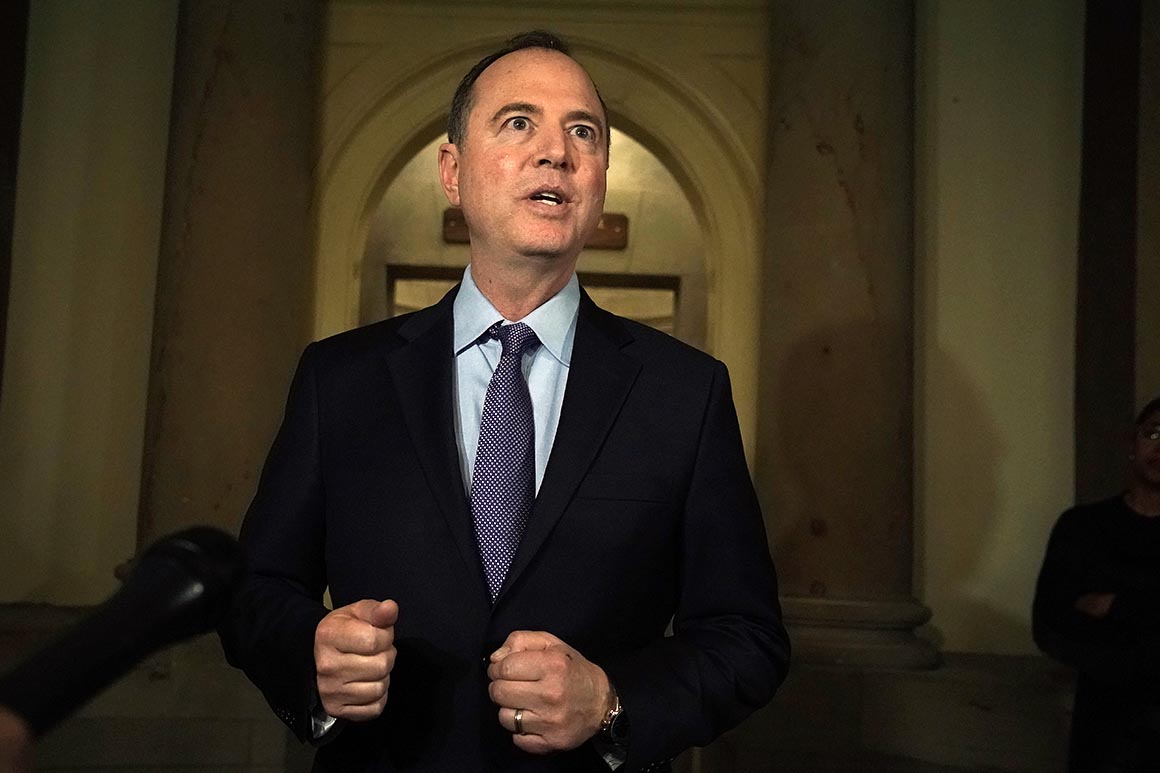 The House Intelligence Committee voted on Wednesday to send dozens of witness interview transcripts from its Russia investigation to special counsel Robert Mueller, who could use them to prosecute potential instances of perjury.

It’s the first act of the intelligence panel under the leadership of Chairman Adam Schiff (D-Calif.), who has vowed to revive the committee’s investigation into Russian interference in the 2016 election. Mueller has already prosecuted some Trump associates for lying to Congress.

“The special counsel’s office, the Justice Department and its elements will now have access to those transcripts for any purpose which will facilitate justice,” Schiff told reporters after the committee’s vote, adding that the transcripts will be sent to Mueller’s investigators immediately.

The panel’s Democrats have long suggested that Donald Trump Jr. and other witnesses might have lied to the committee as part of its investigation, and they’ve publicly encouraged Mueller to examine whether perjury or obstruction of justice charges are warranted against him or others.

Federal investigators have already used some of the committee’s transcripts to prosecute at least two longtime Trump associates for perjury.

Last month, Mueller charged Roger Stone, a former top Trump adviser, with lying to the House Intelligence Committee. Those charges were announced a month after Mueller asked the committee for Stone’s interview transcripts, a request that was granted. Michael Cohen, Trump’s former lawyer and fixer, pleaded guilty to making false statements to both the House and Senate intelligence panels about the failed Trump Tower Moscow project.

In advance of the vote, the GOP side of the committee released a statement calling for full transparency with the interview transcripts.

“Republicans are happy the Democrats are joining us in reiterating what the Republican-led committee already voted to do in September 2018—make all the transcripts available to the executive branch, including the Special Counsel’s office, as part of the process of publishing them for the American people to see,” the members said.

“A motion that we heard from the minority today that we compel people to come in without even seeing if they’re willing to come in was not something that we could entertain,” Schiff said. With some of the requested witnesses, he added, “we’re not even sure why they think their testimony would be relevant.”

Democrats wanted to give Mueller access to the transcripts sooner, and they accused House Minority Leader Kevin McCarthy (R-Calif.) of waiting too long to formally name the panel’s Republican members in order to slow down that process.

Cohen was slated to testify before the House Intelligence Committee behind closed doors on Friday, but Schiff said on Wednesday the appearance would be postponed until Feb. 28 “in the interests of the investigation.”

Trump and his allies have tried to downplay the charges against Stone and Cohen, claiming they don’t prove any collusion between the Trump campaign and Russia. Stone has pleaded not guilty and has vowed to fight the charges against him, while Cohen has been cooperating with federal investigators and has said he regrets lying out of loyalty to Trump.

When Republicans controlled the committee last year, then-Chairman Devin Nunes (R-Calif.) ended the panel’s Russia investigation and concluded that there was no collusion between the Trump campaign and Russian operatives.

But Democrats said they would press on with the probe, arguing that key witnesses had not been interviewed. Schiff is essentially moving to revive the investigation, placing a new focus on potential money-laundering and pledging to dive into the Trump Organization’s finances, among other issues.

On Wednesday, the committee also announced the official parameters for its investigation, which Schiff said will “go beyond Russia” and “will allow us to investigate any credible allegation that financial interests or other interests are driving the decision-making of the president or anyone in the administration.”

In a statement, Schiff said House investigators will broaden the initial scope of the Russia probe by looking into whether Trump or his associates “have sought to influence U.S. government policy in service of foreign interests,” and “whether any foreign actor has sought to compromise or holds leverage, financial or otherwise, over Donald Trump, his family, his business, or his associates.”

Source: https://www.politico.com/story/2019/02/06/house-intel-mueller-investigation-1152048
Droolin’ Dog sniffed out this story and shared it with you.
The Article Was Written/Published By: Andrew Desiderio