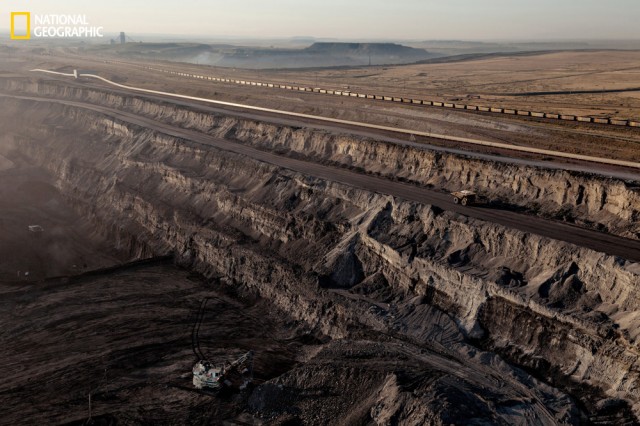 The Black Thunder mine in Wright, Wyoming produces 90 million tons of coal a year, which is distributed by rail throughout the country. (credit: Robb Kendrick)

In President Trump’s State of the Union speech last night, he didn’t mention coal once, while touting oil and natural gas as having “unleashed a revolution in American energy.”

The president, who has baselessly challenged the science behind climate warnings, was not expected to address renewable energy or climate change. But his omission of coal in his speech last night was notable, given that he campaigned vigorously on bringing back coal.

Just one year ago, in his 2018 State of the Union address, the president claimed that his administration “ended the war on beautiful, clean coal.”

Source: https://arstechnica.com/tech-policy/2019/02/trump-doesnt-mention-coal-in-state-of-the-union/
Droolin’ Dog sniffed out this story and shared it with you.
The Article Was Written/Published By: Megan Geuss