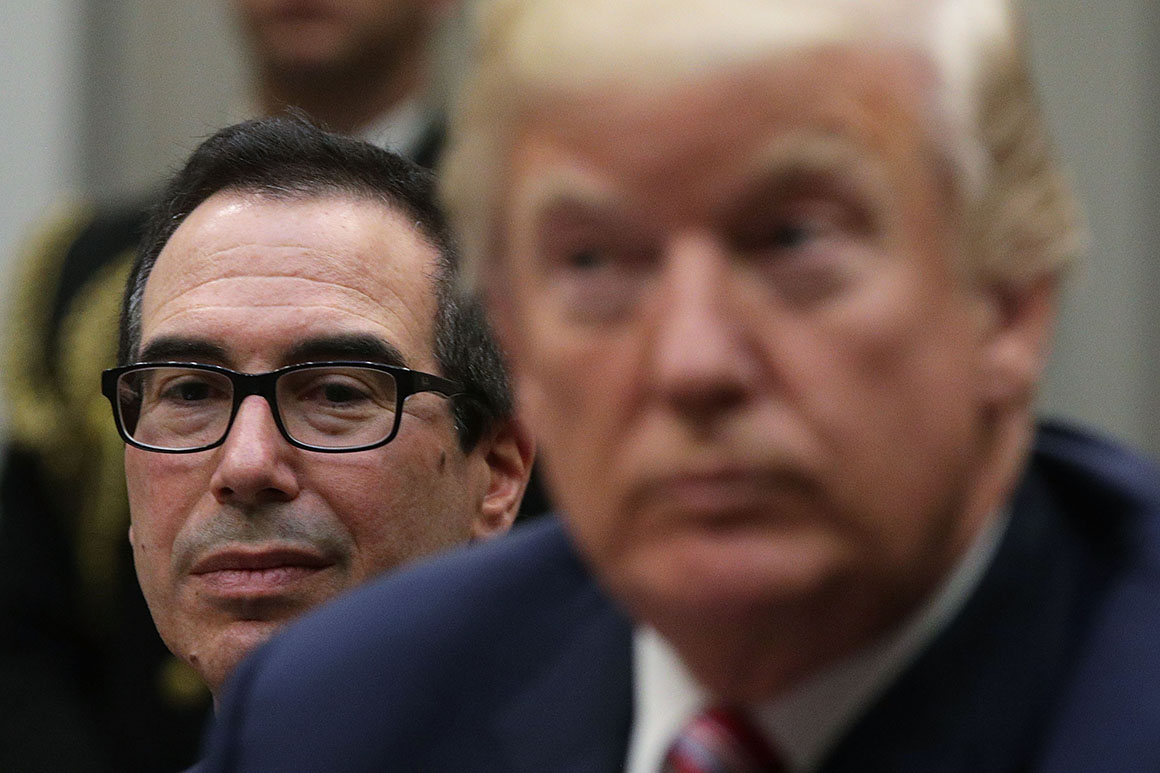 The new House Democratic majority is widely expected to test one of Donald Trump’s ultimate red lines by demanding the president’s personal tax returns — and the Trump administration has been gearing up for months to fight back hard.

Trump’s Treasury Department is readying plans to drag the expected Democratic request for Trump’s past tax filings, which he has closely guarded, into a quagmire of arcane legal arguments.

At the same time, officials intend to publicly cast the request as an nakedly partisan exercise. The two-pronged scheme was developed by a handful of top political appointees and lawyers inside the department — with the ultimate goal of keeping the president’s past returns private, according to four people familiar with the administration’s approach.

The strategy will hinge on an argument that politically motivated Democrats will inevitably leak Trump’s tax information — a felony in and of itself — if the IRS hands over the documents. So because Democrats can’t be trusted to keep the documents private, they shouldn’t get them in the first place, officials will insist. Treasury officials have been waiting since early January for a top Democrat to make the request.

The battle between Treasury and the Democrats could plunge the country into yet another norm-breaking moment for the Trump presidency — with the fight stretching on for months and well into the 2020 campaign.

“What happens if the Treasury secretary just doesn’t answer or sends back a note saying we refuse to do what you are saying?” said George Yin, a former chief of staff on the House Joint Committee on Taxation, one of the three congressional committees involved in major tax issues on Capitol Hill. “To my knowledge, that has never happened. … We are essentially in uncharted territory if he refuses.”

A Treasury Department spokeswoman would only say: “Secretary [Steven] Mnuchin will review any request with the Treasury General Counsel for legality.”

The situation is unprecedented because presidential candidates typically release their tax information during campaigns. But as he has often done, Trump bucked the tradition in 2016, citing an ongoing IRS audit. The refusal sparked feverish speculation among liberals about what he might be hiding in his tax returns.

The potential fight would usher into the political arena two of Washington’s most reluctant protagonists.

Mnuchin is viewed inside the administration as one of the president’s most loyal aides, but not the savviest political operator or liaison to Congress. The White House largely kept him off the Hill during the final weeks of discussions about the tax reform package after he irritated some House Republicans during a previous debt ceiling negotiation.

And Massachusetts Rep. Richard Neal, the Democratic chair of the tax-writing House Ways and Means Committee, is far more interested in discussing the taxation of retirement savings, or the tax portions of Obamacare, than he is in playing prosecutor to land Trump’s tax returns, according to four former top congressional aides familiar with Neal’s working style.

“The Democratic leadership and the president will demand political theater on this, and that component is out of character for Mnuchin,” said one Republican close to the administration. “He will have to make sure he is articulating his points to keep Republicans in line on the Hill and keep the president supportive. That is not his natural skill set.”

The White House press office did not respond to a request for comment.

Democrats’ legal standing to request Trump’s tax returns is fairly unambiguous, according to several tax attorneys, but it does come with a few key caveats.

“From the standpoint of the law, it could not be more straightforward or clear. That is the easy part,” added Yin, who now works as a professor of law and taxation at the University of Virginia.

The Internal Revenue Code gives the three congressional committees responsible for taxes the ability to request the returns of any individual or business. Often, the Senate Finance Committee or House Ways and Means Committee will request returns during an investigation to check a certain deduction, or type of spending — without anyone ever knowing the committees accessed them.

But whatever the members or staffers find must remain private — and that’s where the request of Trump’s returns becomes potentially tricky for Democrats. A related section within the Internal Revenue Code says any federal employee who leaks tax information is committing a felony, punishable by up to five years in prison.

“We are worried about leaks,” said one source familiar with the administration’s strategy. “Once we share it with any member of Congress, we assume it becomes a public document.”

If the House Ways and Means Committee does want to make Trump’s tax returns public, then it will need to vote to do so as a committee before taking a full vote in the House — an endeavor that also could take weeks. 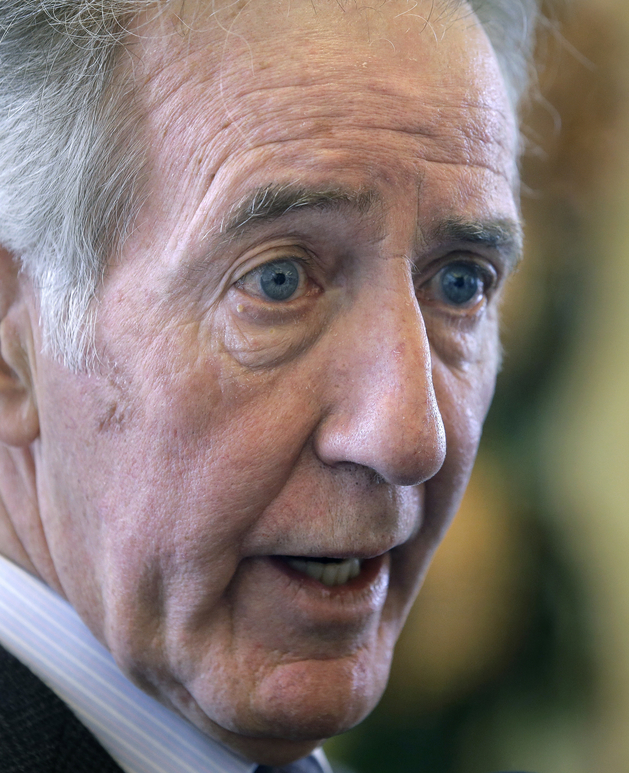 Neal, who has been in the House since 1988, has yet to ask the Treasury Department in writing for Trump’s tax returns, angering the more liberal members of his caucus who say they won the midterm elections by promising greater oversight of the Trump administration. Neal does not have any specific time frame for requesting the tax returns, but he does intend to do it, said a Democratic congressional aide.

Last week, Neal told CNN that he was moving “quite judiciously.”

“This is the beginning of a court case. I think the idea here is to avoid the emotion of the moment and make sure that the product stands up under critical analysis,” Neal said.

At the Treasury Department, a small, trusted team of top officials have been working on the potential response to the Democratic request, including the general counsel for both Treasury and the IRS, as well as the legislative affairs team.

The response will be one of the first major tests for Brian McGuire, a former chief of staff for Sen. Mitch McConnell who is now serving as Treasury’s new counselor to the secretary for legislative affairs. McGuire started his new job in January just as the Democrats regained control of the House. He’s been tasked with helping to respond to all congressional oversight inquiries.

The only certainty now in the upcoming debate over Trump’s returns is that it will last for months — if not the remainder of the first term of his presidency.

“The statute is silent on the timing of releasing returns to the committees,” Yin added. “Depending on the nature of the request, some delay may be necessary to comply.”

Source: https://www.politico.com/story/2019/02/05/trump-tax-returns-congress-strategy-1145767
Droolin’ Dog sniffed out this story and shared it with you.
The Article Was Written/Published By: ncook@politico.com (Nancy Cook)