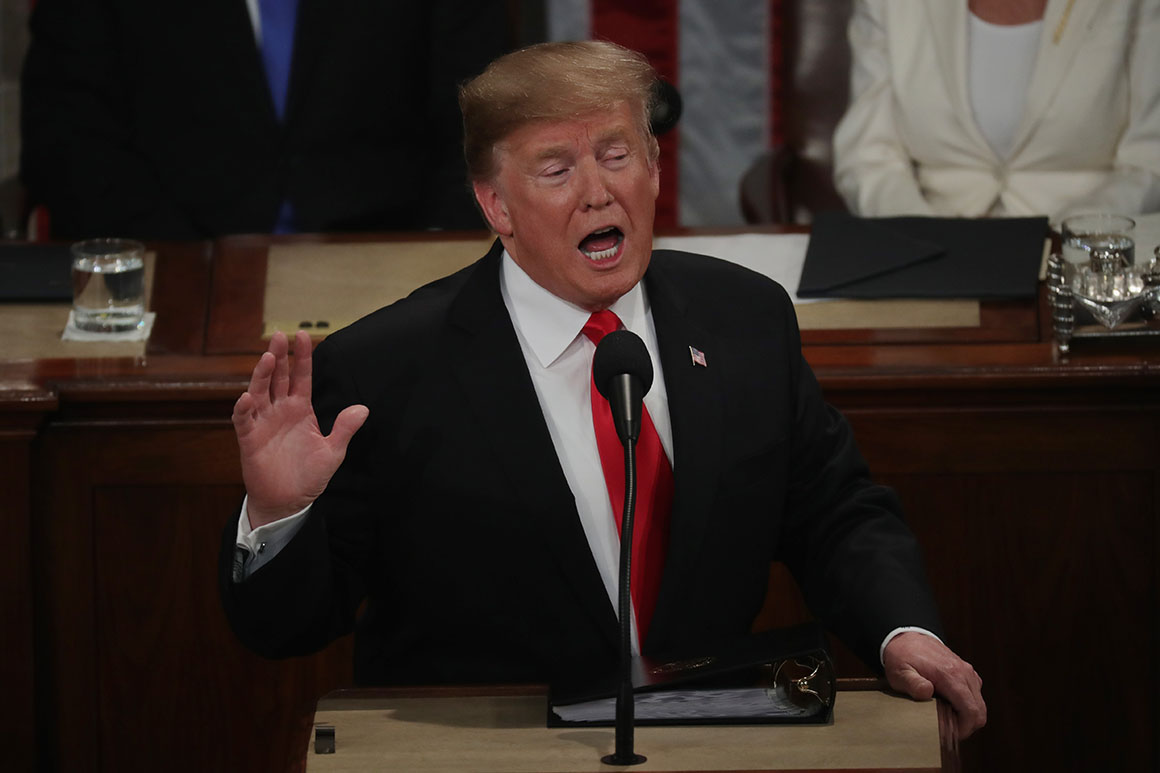 President Donald Trump strayed from his scripted State of the Union address Tuesday evening by calling for immigrants to enter the country legally in “the largest numbers ever,” an about-face from the administration’s crackdown on immigration.

While warning of the dangers illegal immigration poses to the nation, Trump described a “moral duty” to construct an immigration system that protects Americans, noting an obligation to “the millions of immigrants living here today who follow the rules and respected our laws.”

“Legal immigrants enrich our nation and strengthen our society in countless ways,” the president said. “I want people to come into our country in the largest numbers ever, but they have to come in legally.”

This marked a deviation from the prepared text of Trump’s speech, which read: “Legal immigrants enrich our nation and strengthen our society in countless ways. I want people to come into our country, but they have to come in legally.”

Despite the president’s rhetorical focus on a border wall and stopping migrants from entering the country illegally, his immigration policy has so far had significant effects on the number of people coming into the U.S. legally, a number that dropped in fiscal year 2018, according to government data reviewed and analyzed by POLITICO. A series of policy changes has made it more difficult for employers to obtain foreign workers, according to business groups and immigration attorneys.

The ad-lib was a rare move for the president Tuesday night. Earlier in the week, White House aides said Trump spent a lot of time preparing his State of the Union script — and was more likely to stick to it — because he views the annual address with some reverence.

Source: https://www.politico.com/story/2019/02/05/trump-state-of-the-union-legal-immigration-1148629
Droolin’ Dog sniffed out this story and shared it with you.
The Article Was Written/Published By: Katie Galioto