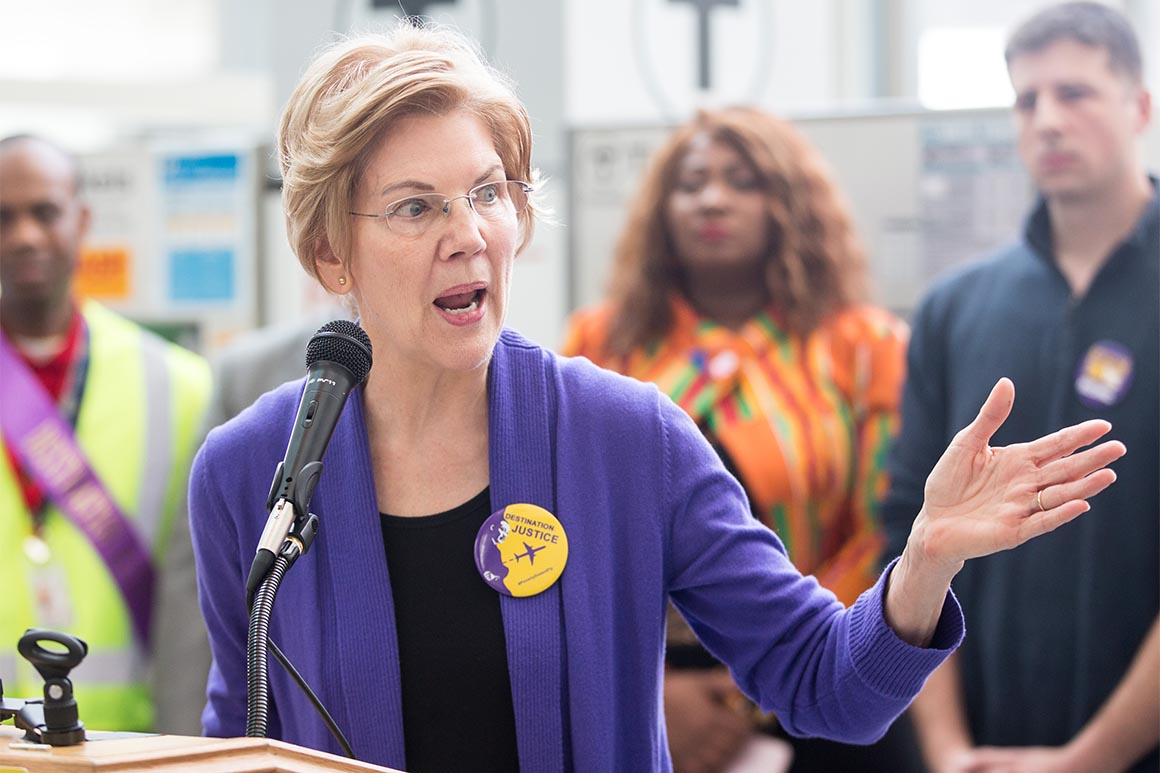 The prospect of 70 percent tax rates for multimillionaires and special levies on the super-rich draw howls about creeping socialism and warnings of economic disaster in much of Washington.

But polling suggests that when it comes to soaking the rich, the American public is increasingly on board.

The numbers suggest the political ground upon which the 2020 presidential campaign will be fought is shifting in dramatic ways, reflecting the rise in inequality in the United States and growing concerns in the electorate about the fairness of the American system.

“There is a deep wellspring in terms of perception of unfairness in the economy that’s been tapped into here that either didn’t exist five years ago or existed and had not had a chance to be expressed,” said Michael Cembalest, chairman of market and investment strategy at JPMorgan Asset Management who has studied the latest tax proposals. “This is quite a moment in American economic history where all of a sudden in a matter of months this thing has kind of exploded like this.”

A plan from first-term Rep. Alexandria Ocasio-Cortez (D-N.Y.) to slap a 70 percent marginal rate on income earned over $10 million clocked in at 59 percent support in a recent Hill/HarrisX poll.

The new POLITICO/Morning Consult poll, conducted Feb. 1-2, found that 61 percent favor a proposal like the “wealth tax” recently laid out by Sen. Elizabeth Warren (D-Mass.) that would levy a 2 percent tax on those with a net worth over $50 million and 3 percent on those worth over $1 billion. Just 20 percent opposed the idea. The poll surveyed 1,993 registered voters and carries a margin of error of plus or minus 2 percent.

It showed 45 percent favored a plan like that laid out by Ocasio-Cortez while 32 percent opposed it.

But Republicans who think they can use the proposals as a political weapon in 2020 to paint Democrats as wild-eyed, tax-and-spend liberals — a winning strategy since Walter Mondale called for higher taxes in 1984 and got crushed — may find it challenging.

“There is certainly an appetite for more taxes on the rich, though the threshold matters,” said Karlyn Bowman, a polling expert at the American Enterprise Institute. “There is also some support for redistributing income.”

Historical trend data from Gallup show that the percentage of people describing their taxes as too high peaked around 1970 at 69 percent when the top marginal rate was around 70 percent, though the effective rate after deductions and other tax-avoidance strategies was much lower.

The numbers mostly began to decline along with the top marginal rates during the Reagan tax-cut era of the 1980s. Last year, 48 percent described their own taxes as “about right” compared with 45 percent who said they were “too high,” helping lay the groundwork for Democratic proposals to raise top marginal rates and institute things like a wealth tax to help pay for big, expensive proposals like a “Green New Deal” or “Medicare for All.“

Some Democrats piling into the 2020 race are now competing to get further to the left on boosting taxes on the rich. After Warren’s wealth tax announcement, likely candidate Sen. Bernie Sanders (I-Vt.), who bucked recent political tradition with calls for tax hikes in his 2016 campaign, unveiled a proposal to increase the number of wealthy Americans subject to the estate tax.

Those who aren’t calling for big new taxes — including Sen. Kamala Harris (D-Calif.), who prefers refundable tax credits — are facing some heat on the left as insufficiently progressive.

In an interview, Warren said polling numbers suggesting fairly wide public support for plans like hers to tax the rich did not come as any shock.

“It’s not surprising to me at all. Washington has been working so long for the billionaire class that people around here cannot imagine crossing them,” she said. “It never even becomes a topic of conversation. The ultra-millionaires have gotten so much from this country that it’s not unreasonable to ask them to give back a little bit.”

She added that she would feel no pressure to tack back to the middle on taxes should she win the Democratic nomination. “That’s just wrong. Why on earth would I do that? It makes no sense. I think I’ve already lost the billionaire vote.”

In 2016, then-candidate Donald Trump tapped into the populist moment by railing against Wall Street and promising to deliver blue-collar manufacturing jobs back to the industrial Midwest. He also has a history with the idea of a wealth tax.

In 1999, while contemplating a presidential bid on the Reform Party ticket, Trump proposed a one-time 14.25 percent tax on those with over $10 million in wealth in order to entirely wipe out the national debt.

“By my calculations, 1 percent of Americans, who control 90 percent of the wealth in this country, would be affected by my plan,” Trump said at the time, sounding very much like Warren does today.

Trump has long since abandoned that idea, focusing instead on wedge issues like immigration to target voters concerned about their jobs and wages as well as those worried about demographic changes in the country.

But he may have vulnerability on the tax issue heading into 2020 given his biggest legislative accomplishment as president so far was a $2 trillion tax cut that showered most of its benefits on corporate America while offering much smaller reductions to middle-class taxpayers.

Republicans believe the plan will ultimately lead to consistently faster growth and higher wages. But for now, polls consistently show the tax cut faring poorly. The latest POLITICO/Morning Consult poll found that 33 percent said the bill helped the economy, 41 percent said it hurt or made no difference and 25 percent said they didn’t know or had no opinion. Also in the poll, 65 percent said the nation was on the wrong track and 56 percent disapproved of Trump’s job as president.

The top issue for voters in the poll was the economy, including taxes, wages, unemployment and spending, with 27 percent citing it as their top concern. Security issues, including the border, came in second at 23 percent.

The idea of making the rich pay more has also caught on in some unlikely corners of the corporate world. “I believe that individuals earning the most can afford to pay more,” JPMorgan Chase CEO Jamie Dimon said last week. “And I have no problem paying higher taxes to address some of the fundamental challenges and inequities in our society.”

Republicans are watching the rising support for dramatically higher taxes on the wealthy with some concern, given their brand for decades has been around slashing taxes and reducing the role of government.

“The wrong approach is to try and argue this from a purely ideological lens,” said Kevin Madden, a partner at Hamilton Place Strategies and top adviser to Mitt Romney’s 2012 presidential campaign. “Arguing it ideologically puts you into a corner where it looks like you are defending the ultra-rich, and that’s just not a good place to be politically right now.”

Madden said Romney suffered on this point. “This is one of the problems we had in 2012, where at times it looked like Mitt was teaching a course on economics,” he said. “If you are going to push back on the idea of all these taxes, you have to have a compelling case for why a punitive approach on one sector of the economy won’t solve the problem of inequality, and then marry that to a comprehensive plan to address the income gap.”

Cembalest said he takes no position on the wisdom of the Warren or Ocasio-Cortez proposals. And he acknowledged the rise of inequality. But he said it’s important to note it’s not true that taxes now are dramatically lower than in the pre-Reagan years when the marginal rate was as high as 94 percent. Using “effective tax rates” calculated by the CBO, he said the percentage of income paid by the top 1 percent of earners right now is not much different than it was in the 1970s.

“It’s a sloppy argument because the marginal rate on the last dollar of income doesn’t take into account deductions,” he said. “You could almost say the top marginal rate is meaningless.”

Source: https://www.politico.com/story/2019/02/04/democrats-taxes-economy-policy-2020-1144874
Droolin’ Dog sniffed out this story and shared it with you.
The Article Was Written/Published By: bwhite@politico.com (Ben White)