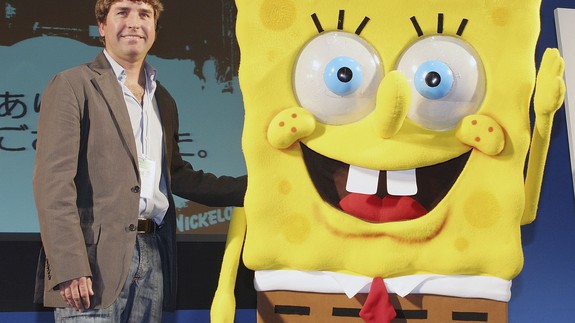 For SpongeBob fans across the internet, it’s officially the best day ever.

Hints are piling up that we are one step closer to having Maroon 5 perform “Sweet Victory” during their Super Bowl halftime show set this Sunday.

If you’re wondering why Maroon 5 might whip out a song from a popular children’s cartoon that also happens to be an 80s hair band-style rock ballad, let’s do a brief recap.

SEE ALSO: Super Bowl: How to navigate the controversy

In November 2018, Stephen Hillenburg, the creator of SpongeBob SquarePants, passed away from ALS. It didn’t take long for fans to launch a petition on Change.org to have “Sweet Victory” performed at the Super Bowl, of course. With 1.2 million signatures and growing, it’s hard to ignore that the people wanted to honor their beloved sponge.  Read more…

Source: https://mashable.com/article/spongebob-squarepants-sweet-victory-superbowl-halftime-maroon-5-rumors/
Droolin’ Dog sniffed out this story and shared it with you.
The Article Was Written/Published By: Sage Anderson