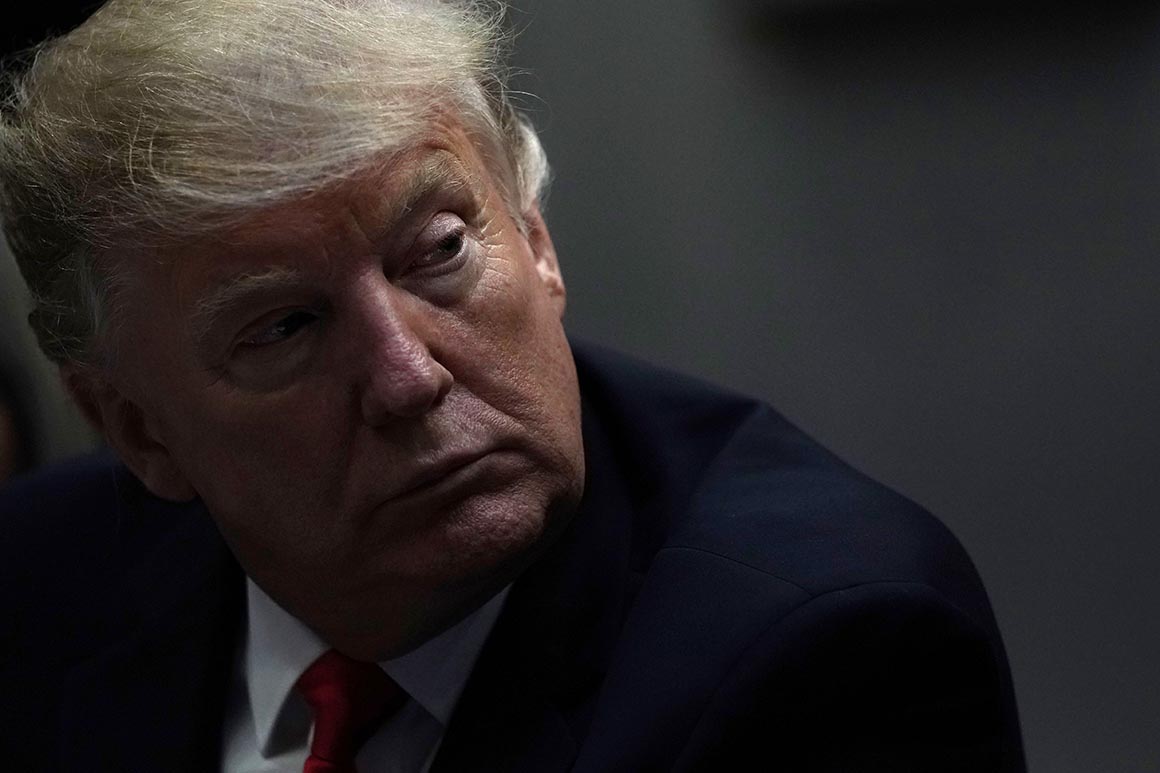 President Donald Trump said on Wednesday that he will defer to the Department of Justice about how to handle the release of special counsel Robert Mueller’s final report but may ask the FBI to review its use-of-force policies in the wake of Roger Stone’s arrest.

In an interview with The Daily Caller, the president said he had “never” spoken to acting Attorney General Matt Whitaker about the probe and that when Mueller wraps up his investigation “they’ll have to make their decision within the Justice Department” as to whether they will release the report publicly or not.

Trump pointed to Whitaker’s comments earlier this week that Mueller was close to finishing his inquiry into Russian interference in the 2016 election, saying that “I think after almost two years it certainly should be” coming to a close.

He also downplayed the indictments and guilty pleas of his close associates who have been wrapped up in the in the investigation, including most recently Stone, his longtime adviser, who was arrested and indicted last Friday. Stone has been charged with lying to Congress, obstructing investigators and witness tampering. He pleaded not guilty on Tuesday.

“Process crimes or process, you know, questions,” Trump said of the charges against members of his inner circle. “The answer is different than what you thought it might be and some people say they lost their memory or a lack of memory, which a lot of people can understand that too.”

The president reiterated his claim that “there was no collusion whatsoever” between his campaign and the Russian government, but called Stone’s pre-dawn arrest by a dozen armed FBI agents “very sad.”

“But I will say, I’m speaking for a lot of people that were very disappointed to see that go down that way,” he said. “To see it happen where it was on camera, on top of it. That was a very, very disappointing scene.”

Mueller defended the secrecy of the arrest in a court filing last week, writing that making Stone’s charges public could “increase the risk of the defendant fleeing and destroying (or tampering with) evidence.”

But Trump insisted that would not have been an issue. “Many people know Roger, and Roger is not a person that they would have to worry about [from] that standpoint. And I thought it was sad to see it. Very sad,” he said.

The president also said that he would “think” about asking the FBI to review its use of force guidelines, matching a request from one of his top allies on Capitol Hill, Senate Judiciary Chairman Lindsey Graham (R-S.C.), who asked for a review of the tactics used for the Stone arrest.

And he suggested that law enforcement officials were wasting resources on the Mueller investigation, in turn shortchanging other federal investigations like those into the 2017 Las Vegas mass shooting.

“You look at it, and you say, isn’t that sad to have devoted this time, this energy” over a “hoax,” Trump said. “But that is very interesting to ask, where you’ve had so many people killed, and so badly wounded, because I went to the hospital. You had people so badly wounded. People never talk about the wounded. The level of hurt and devastation for a whole lifetime. You know, many people just devastated for a lifetime. They’ll never be the same. And you look at that by comparison to the Russian hoax, it’s a shame. The Russian witch hunt, it’s a shame.”

Source: https://www.politico.com/story/2019/01/31/trump-mueller-report-1138317
Droolin’ Dog sniffed out this story and shared it with you.
The Article Was Written/Published By: coprysko@politico.com (Caitlin Oprysko)