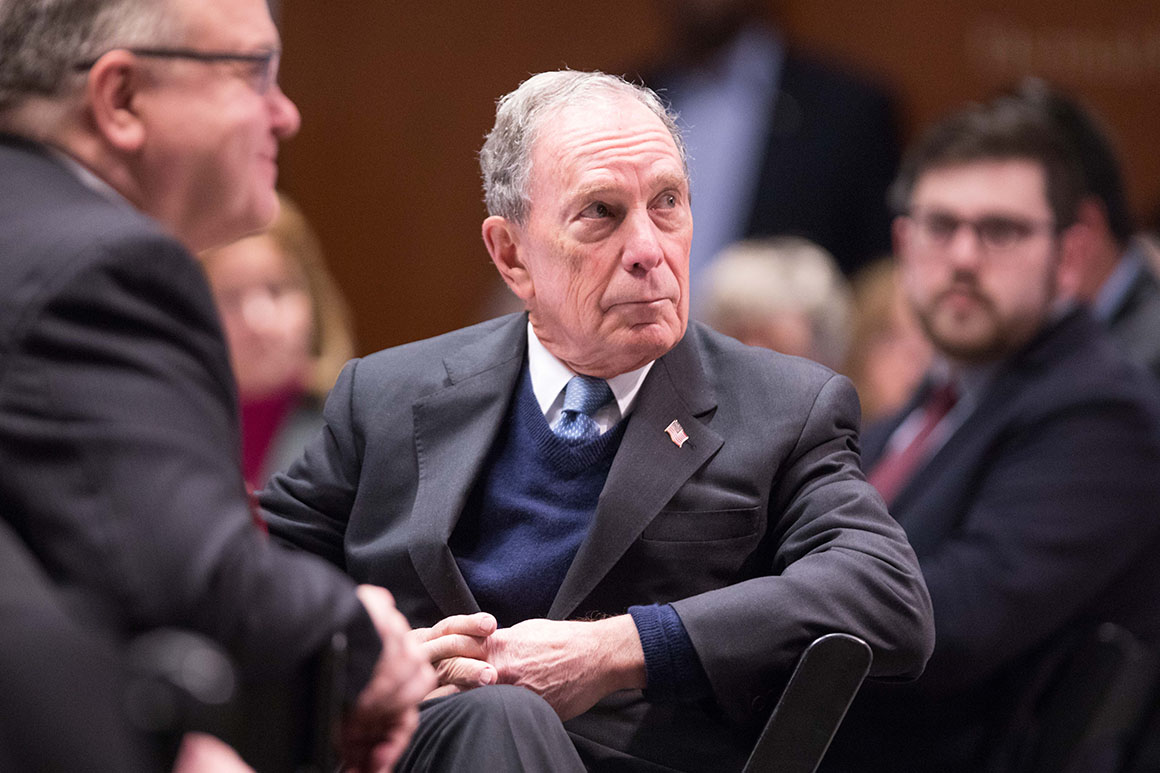 There was a time the presidency was beneath a billionaire’s ambition.

Oh, the son of a billionaire like William Randolph Hearst, John Kennedy or Nelson Rockefeller might draw on dad’s cash to pave a golden path to the White House. But the guys who made their fortunes in industry or finance traditionally disdained the demotion that the presidency represented. The better posterity play was to spend some money to slap your name on a museum or a new philanthropic foundation or to buy a newspaper. If the political itch persisted, the billionaire could always scratch it by buying the presidency for a friend or associate.

So why then are so many billionaires running for president in the 2020 cycle or shopping for the office? Faux billionaire Donald Trump is obviously in again. (He’s been running since he was elected the first time.) Michael Bloomberg and Starbucks mogul Howard Schultz have taxied their personal jets onto the runway. Fellow plutocrat Tom Steyer was flying in formation with them until early January when he bowed out after assessing his chances, although he’s still a player, having pledged $40 million just to impeach Tump. And don’t forget the coquettish billionaires who’ve visited Iowa or otherwise teased the press with the notice of a candidacy: Mark Cuban, Oprah Winfrey, Mark Zuckerberg, Sheryl Sandberg and Bob Iger. This is a bestiary of plutocrats so plentiful it would require Audubon to collect, paint and stuff them for inspection by a political taxonomist.

The first genuine billionaire to aggressively stoop to a run at the presidency, H. Ross Perot, did so twice in the 1990s as a third-party candidate, spending $115 million (in today’s dollars) in the 1992 contest. He won just 18.9 percent of the popular vote, which soured other billionaires on running until Trump launched his 2016 campaign. But Perot’s wacky campaign—he briefly dropped out in July because he believed President George H.W. Bush planned to smear his daughter and spoil her wedding!—infected the billionaire class with the idea. What is Trump but Perot played at grindcore tempo? The decline of party authority and the rise of affordable media combined to lower the barriers to entry, giving wealthy outsiders like them, with no real party loyalty, a new way in. Presidential candidacy, in effect, had become disintermediated.

Compared to the professional presidential candidates who have achieved maximum political socialization by running for city councils, working in state legislatures or other governments, or serving in Congress, the billionaire candidate stands as a loner, somebody who has gotten good at balancing at the top of the hierarchy and barking orders to underlings. This, I think, is the strongest case against a billionaire chief executive (and a flaw apparent every day in Trump): He fancies himself a king whose powers know no limits. We’ve yet to see the kingly side of Schultz, but we have seen Bloomberg’s. Whenever somebody in his inner political circle told Mayor Mike he couldn’t do something he would respond with a version of: “When I started my company, people told me I could never put a computer terminal on every trader’s desk and charge tens of thousands of dollars for financial information, so don’t tell me what I can’t do.” Silence would ensue. If only somebody close to Bloomberg had told him early on, “No problem, Mike, you can be president in a heartbeat!” he would be counting his money in his Bermuda mansion instead of stalking the precincts of New Hampshire.

The modern presidency appeals especially to today’s billionaires who have reached that end point at which additional wealth conveys no additional joy or increase in status. They want a larger stage from which to dispense their pet theories, underlings by the hundreds of thousands, and a whole new org chart to dominate. What else but the White House could give them all they crave? It’s a mistake, of course, as Trump has learned, because the checks and balances of the legislature and the courts prevent a billionaire president from dictating by whim.

Yet the illusion persists, and the appeal of the job increases. The billionaire candidate looks at Trump and says: He’s a venal moron with the vocabulary of the third-grader and the patience of a chihuahua and he convinced a sufficient number of voters to back him! Trump’s success has aroused the other billionaires’ natural competitiveness, making them think they can conjure an Electoral College miracle, too.

The other appeal of the presidency for the end-stage billionaire is that it lends to them a seriousness of purpose. We live in an age where every event is a public relations campaign and where billionaires crave venues for status displays, be they Davos or Des Moines. Even people like Oprah Winfrey, who couldn’t be better known than she already is, can’t resist flirting with a presidential candidacy to see if they can become more notable. Nobody thought that Mark Zuckerberg would ever run for president when he took his “listening tour” in 2017, but that didn’t make the gesture futile. Performing against the political backdrop of meeting folks in the boonies—eating their food, attending their churches and watching them work on the shop floor—added a veneer of humanity to the charmless Zuck.

Another reason the modern billionaire class entertains the idea of running is because a huge underemployed industrial class of consultants and advisers exists to encourage them. Last year, Politico’s Gabriel Debenedetti identified the many political pollsters and campaign strategists lining up, invoices in hand, to feed the plutocrats’ White House dreams. Thanks especially to Trump’s victory, it’s become easy money advising billionaires who hunger for White House validation. As for the press, there’s nothing political reporters love more than to chart the rise and fall of political outsiders. For them, the nascent campaign of Howard Schultz has been a feast. His campaign message is what? To bring America back together again?! C’mon, Howard, that’s got as much intellectual meat as one of those frosted cake pops.

The downside of the billionaire primary is that in today’s climate, it can easily become a referendum on their wealth. Nobody is going to beat up on Bloomberg for exploiting the masses, because his business model was about exploiting the wealthy. But they will and have portrayed him as clueless, removed and too privileged to run as a Democrat. In the opening days of his precandidacy, Schultz strolled into Alexandria Ocasio-Cortez’s spinning social media blades. She successfully discounted him on Twitter as a political dilettant after he attacked her soak-the-rich tax policies. Schultz has taken additional beatings from liberals and lefties for his anti-union efforts at Starbucks and the low wages he pays. He’s a hypocrite, who trashes socialism but tried to get Seattle to subsidize his NBA team, the Seattle SuperSonics, by building a new arena. (When the city refused, he sold the team to out-of-towners who moved it to Oklahoma City.) Worse still, Schultz’s critics disparage his beloved coffee!

The billionaire pile-up of Trump vs. Bloomberg vs. Schultz in November 2020 would be the ultimate money-politics event. But will it really happen? American voters are a fickle breed. In just one generation, they’ve gone from Clinton to Bush to Obama to Trump, oscillating from one kind of candidate to its near opposite. By Election Day, billionaires could enter political eclipse, thanks to Trump’s grandiosity, and voters could be persuaded to load the wealthy candidates in the tumbrels bound for the guillotine. Or the hard freeze of a massive financial downturn could arrive to take the glow off their gilt and boost somebody like Elizabeth Warren, who is already plotting tax war on the super-rich.

From my perch, the best outcome of a Trump-Bloomberg-Schultz race would be a three-way tie in the Electoral College that would tip the election to the House of Representatives. I’d embrace anybody the House elected—as long as he (or she) was worth a billion.

Send billions of dollars to Shafer.Politico@gmail.com. My email alerts are supporting Bloomberg because he’s so charismatic. My Twitter feed is all in for Schultz because it thinks he’s the guy who drew “Peanuts.” My RSS feed is holding out for the first trillionaire.

Source: https://www.politico.com/magazine/story/2019/01/31/presidency-billionaires-ultimate-prize-224535
Droolin’ Dog sniffed out this story and shared it with you.
The Article Was Written/Published By: jshafer@politico.com (Jack Shafer)