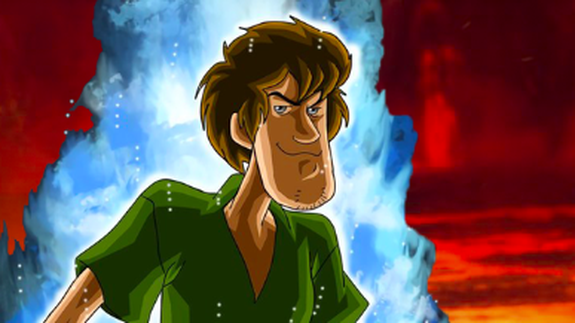 All hail our new lord and savior, Norville “Shaggy” Roberts.

Yes, you read that right. Shaggy from the beloved cartoon Scooby Doo is a malevolent god-like figure with universe-destroying abilities. He’s completely unmatched against opponents like Thanos, Goku, and even Saitama from One Punch Man.

Or at least, that’s what his latest portrayal in meme culture would show. The internet has been flooded with everything from Photoshops to epic battle animations, all featuring Shaggy in his ultimate form.

Some people on the internet seemed confused as to where this idea originated. Just what happened to the goofy scaredy-cat we all know and love?  Read more… Source: https://mashable.com/article/shaggy-scooby-doo-ultra-instinct-memes/
Droolin’ Dog sniffed out this story and shared it with you.
The Article Was Written/Published By: Sage Anderson