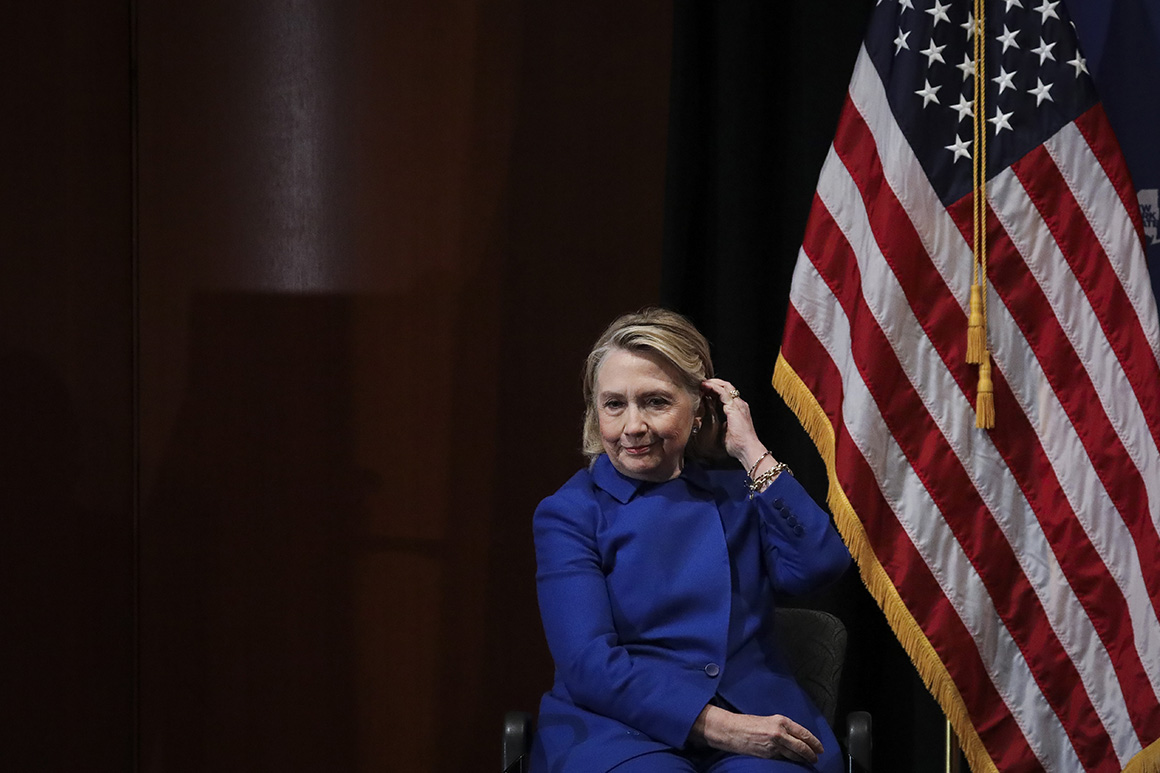 Hillary Clinton says she’s not running for president in 2020, her former campaign chairman said late Tuesday, telling CNN that he takes her at her word despite rumblings otherwise.

“She would’ve been a great president, but she said she’s not running for president,” John Podesta said. He said reporting by CNN’s Jeff Zeleny that the former Democratic nominee had told associates she was not closing the door on a 2020 run was “media catnip.”

He also said that though he wished the former secretary of State were president, “I take her at her word. She’s not running for president.”

As the field of potential candidates to take on President Donald Trump in 2020 begins to take shape, Clinton’s name has been floated more than once as a possible candidate.

In an interview with POLITICO last fall, one of her longtime advisers made the case for a 2020 Clinton candidacy and put the chances of her running for president a third time at “somewhere between highly unlikely and zero … but it’s not zero.”

And Clinton herself said last fall that she still would “like to be president,” though she said she has no desire to run again.

But Podesta said he would be happy however the field of Democratic contenders shapes up, even without Clinton.

“We got a lot of great candidates out there right now. I think the Democratic primary is gonna be a spirited one with a lot of great ideas coming forward,” he said. “As I said, I think [Clinton] would’ve been a great president, but that’s in the past and she said she’s not running.”

Podesta took a few shots at Trump, bringing up Clinton’s victory in the popular vote in 2016 and saying that while conservatives cheered another potential run by one of their favorite political boogeymen, at the moment Clinton was assisting in relief efforts in Puerto Rico “trying to help the people that Donald Trump has abandoned.”

Source: https://www.politico.com/story/2019/01/30/hillary-clinton-2020-election-1136435
Droolin’ Dog sniffed out this story and shared it with you.
The Article Was Written/Published By: coprysko@politico.com (Caitlin Oprysko)