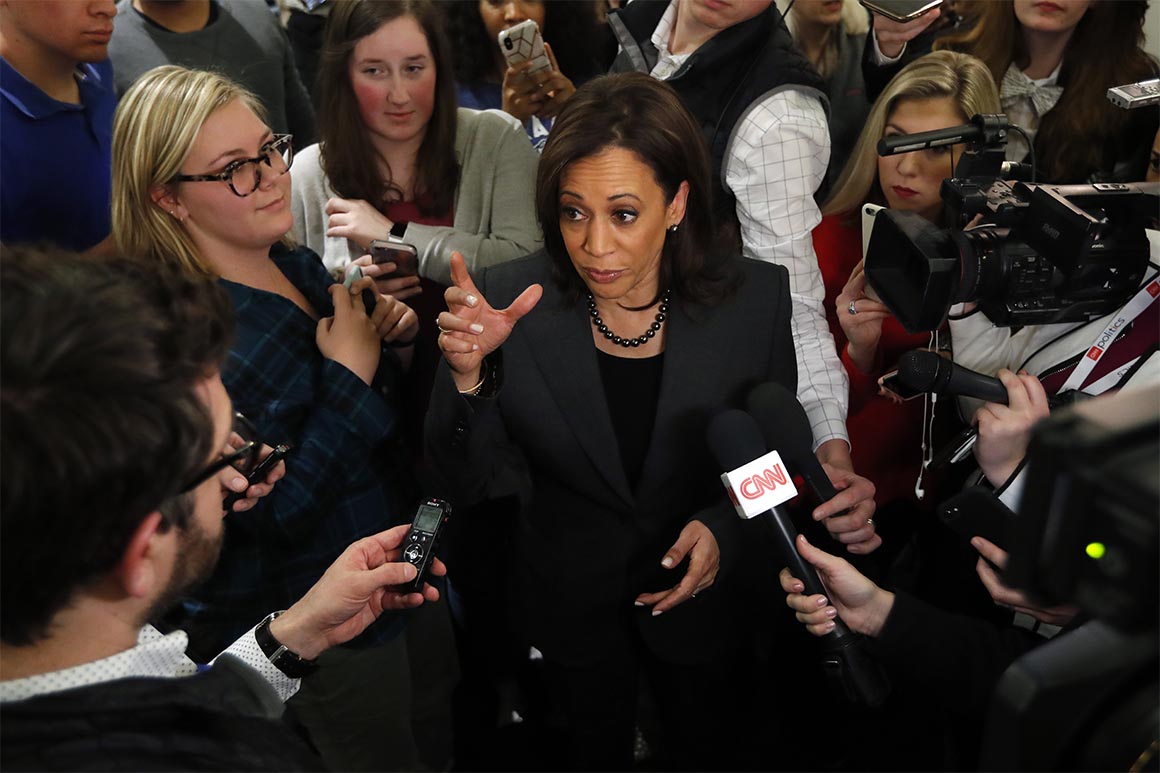 Kamala Harris, in her first visit to Iowa for a town hall hosted by CNN, was asked a variation of the question.

The California Democrat would eventually get to her answer. But in one of several demonstrations of her discipline on the trail, the newly minted presidential hopeful first took the opportunity to plunge into what she views as the most important — and real — contrasts between herself and Trump.

Harris — basing her campaign on the broad themes of truth and decency — said voters will make their decision based on who they believe is telling the truth and who is doing it in a way that gives people dignity and elevates public discourse, versus bringing the country to the lowest common denominator and base instincts.

As for the original question, the senator offered that she’s never listened to her doubters, of which there were many when she ran for district attorney in San Francisco and attorney general of California.

“I’ve heard people say when I ran, and ran as the first woman who would win, ‘People aren’t ready. It’s not your time. Nobody like you has done that before,’” Harris said, setting up her answer. “I haven’t listened and I would suggest that nobody should listen to that kind of conversation.”

And when it came to the question of how she would debate Trump, Harris said she would “speak like a leader” rather than “inciting fear.”

Harris’ stop in Des Moines came a day after she formally launched her campaign with a speech to more than 20,000 in her native Oakland. At the town hall, she showed flashes of how she plans to appeal to smaller audiences in the first caucus state — re-stating questioners’ names and standing and approaching a young immigrant who asked about the program protecting them from deportation.

Over the course of the event, Harris defended her law enforcement background while embracing progressive causes such as the Green New Deal to address economic inequality and climate change.

Pressed on her support for Medicare-for-all legislation, moderator Jake Tapper asked whether that meant people who prefer their private insurance plans would no longer be able to keep them.

Harris pointed to scenarios where patients are made to wait for insurer approvals even when their physicians believe they need treatment.

Source: https://www.politico.com/story/2019/01/29/kamala-harris-2020-women-1133203
Droolin’ Dog sniffed out this story and shared it with you.
The Article Was Written/Published By: ccadelao@politico.com (Christopher Cadelago)