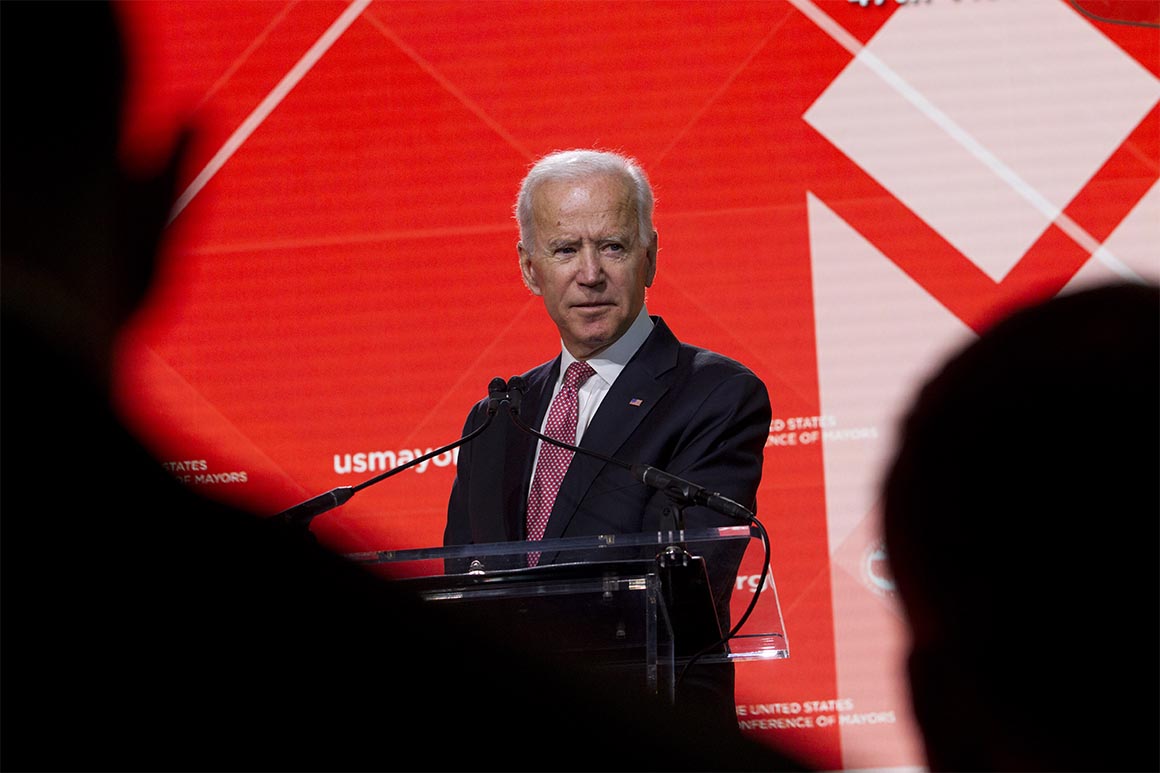 FORT LAUDERDALE, Fla. — Joe Biden brought his not-yet-a-campaign campaign to Florida’s biggest liberal bastion on Tuesday and said he’s “a lot closer” to deciding to run for president in 2020 and plans to make “the decision soon.”

Biden made his remarks about his future plans during a question-and-answer portion of an event billed as “An Evening with Vice President Joe Biden” at the Broward Center for the Performing Arts, which had so many people in attendance that Biden said even his daughter wondered about 2020.

“Dad, are we running?” Biden said she told him as they walked in.

“The answer,” Biden said to the crowd, “is that I’m running the traps on this. I don’t want to make this a fool’s errand. I’m a lot closer than I was before Christmas and we’ll make the decision soon.”

Tuesday’s event, one in a string of public appearances by Biden, had all the rhetorical trappings of a campaign speech for a Democratic candidate. He made sure to play up his civil rights bona fides, recounting stories of how he opposed segregation as a kid and then a lawmaker. He referenced in passing how he almost always “voted with labor” unions. He paid homage to how women in the U.S. Senate get along better with each other than the men. And he played up how he was the first in the Obama administration to openly push for gay marriage.

“I evolved a helluva long time ago,” Biden said to laughs.

Unlike some of the other White House hopefuls from his party, however, Biden refrained from mentioning President Donald Trump by name. He also made sure to refer to Obama simply as “Barack.”

“The reason I’m not calling him the president,” Biden said of Obama, “is I don’t want to confuse him with the other guy.”

In keeping with his other speeches, Biden stressed bipartisanship, a rarity in Washington as much as it is during a presidential primary. Biden, 76, said he first entered the Senate at the age of 29 and quickly learned the need for working together. He said that sentiment began to change in the mid-1990s under Republican Speaker Newt Gingrich and the band of House conservatives who he said were so partisan that Sen. John McCain referred to them as the “Khmer Rouge.”

“Not a single thing can happen unless you reach a consensus,” Biden intoned. “And when you don’t, we see it today: a vacuum is created and power accrues to the president — to be abused.”

In speaking in Broward County, Biden was on the friendliest soil for a Democrat in Florida. The county, the second-most populous in the state, is a slaughterhouse for Republicans and helps offset Democratic losses in rural and northern parts of the state. Trump won Florida by fewer than 113,000 votes, or 1.2 percentage points, because Hillary Clinton rolled up such a massive lead in Broward, which she carried by a margin of nearly 293,000 votes, or 35 points.

But carrying Florida’s urban counties hasn’t been enough for top-of-the-ticket Democrats in the past three elections. And some Democrats, including Biden backers, say their candidate needs to have more appeal elsewhere and among white working-class voters, which Biden subtly intimated Tuesday by noting that Obama chose him as a running mate in 2008 to carry “Pennsylvania, Michigan, Ohio and Florida.”

Source: https://www.politico.com/story/2019/01/28/joe-biden-2020-1133200
Droolin’ Dog sniffed out this story and shared it with you.
The Article Was Written/Published By: mcaputo@politico.com (Marc Caputo)