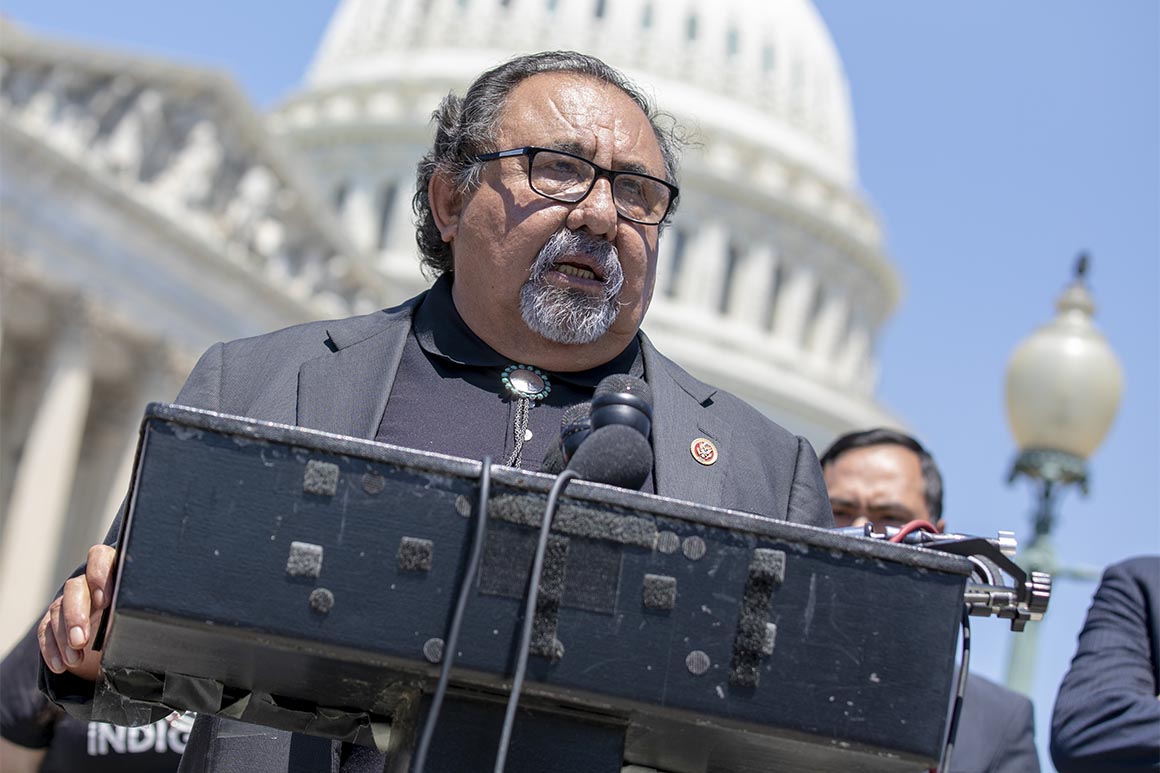 House Democrats who have been itching to get their hands on President Donald Trump’s tax returns are growing impatient with leadership for not moving fast enough to access and release the documents.

Digging into Trump’s personal finances was supposed to be one of the top priorities under the House Democratic majority. But to the frustration of many rank-and-file members, newly minted Ways and Means Chairman Richard Neal (D-Mass.) has taken a go-slow approach, saying he wants to build a public case for the idea first.

“People are grumbling, ‘Why can’t we have this? Why can’t we at least make the effort to get this?’” said Rep. Raúl Grijalva (D-Ariz.), former co-chair of the Congressional Progressive Caucus on Monday. “I hope we do go forward. … This is something we want.”

The CPC is in the process of drafting a letter that will urge Neal to obtain both Trump’s personal and business tax filings, while also making clear that they think the effort should happen as quickly as possible, according to sources. Trump is the first president in decades to refuse to release his tax returns, and several liberal advocacy groups have been ratcheting up pressure on Neal to immediately seek the documents.

“We’re hearing people are really concerned about not getting both the personal and the business tax returns, and doing it quickly seems like a no-brainer,” said Rep. Pramila Jayapal (D-Wash.), co-chair of the CPC. “We are trying to make it clear that that’s an important position for us to take.”

“We think it should happen right away,” she added.

The clash between emboldened progressives who are eager to investigate Trump and cautious veterans who are worried about partisan overreach is an early preview of the internal battles to come, with Democratic leadership in the difficult position of balancing those competing interests in the caucus.

For his part, Neal is wary of immediately going to war with the Trump administration, and wants the public to be on the Democrats’ side before they start to dig into the president’s finances.

Plus, the first major piece of legislation that House Democrats plan to take up includes language requiring Trump and all future presidential and vice presidential candidates to release their returns.

However, that is unlikely to satisfy the rank-and-file members who are eager to move quickly on the issue.

“This is what I ran on,” said freshman firebrand Rep. Rashida Tlaib (D-Mich.). “There’s a sense of urgency.”

A chief concern among progressives is that the push to obtain the president’s tax filings will likely be tied up in legal challenges, and could eventually wind up at the Supreme Court. They worry that if they don’t act soon, Democrats may not be able to resolve the years-long mystery of uncovering what’s in Trump’s tax returns until after the 2020 presidential election.

In order to access and eventually release the documents, Neal would have to tap an obscure law that allows the chairmen of Congress’ tax committees to view anyone’s returns.

“His base is not going to take to the streets because we are seeking his tax returns,” added liberal Rep. Ro Khanna (D-Calif.). “Impeachment is a very serious thing.”

Source: https://www.politico.com/story/2019/01/28/donald-trump-tax-returns-democrats-1133201
Droolin’ Dog sniffed out this story and shared it with you.
The Article Was Written/Published By: mzanona@politico.com (Melanie Zanona)