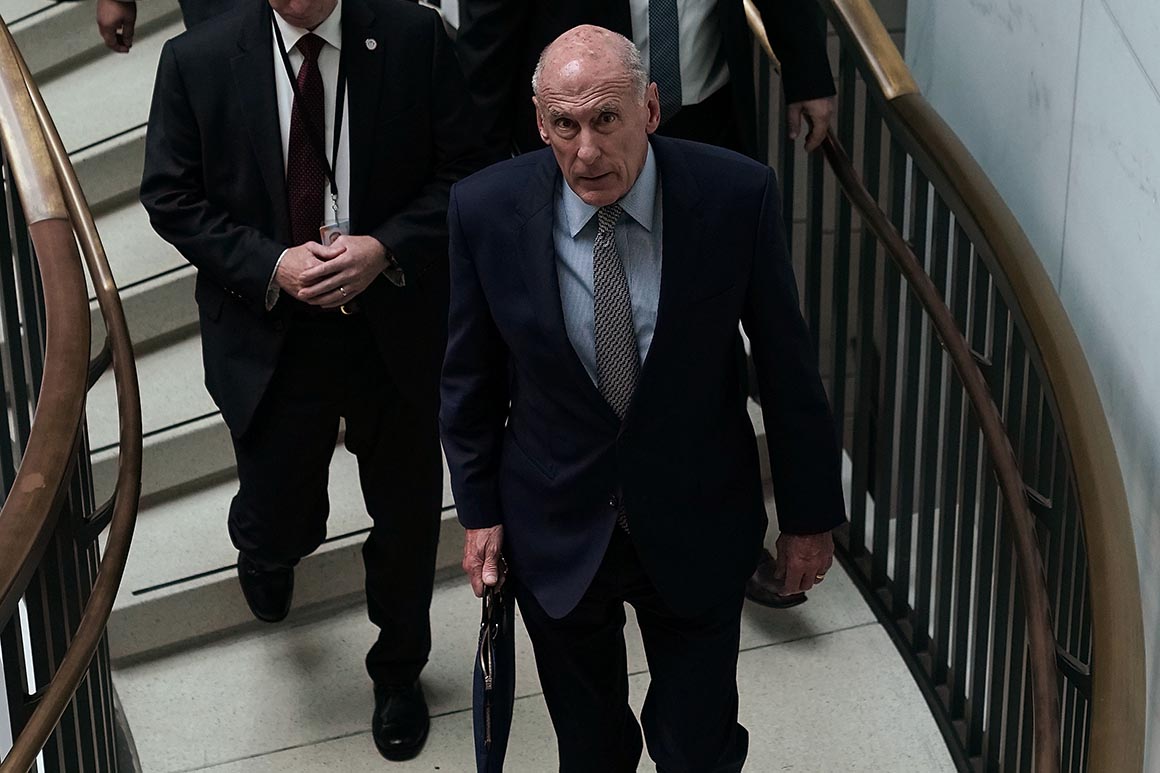 The top U.S. intelligence chief predicted on Tuesday that North Korea will not “completely give up” its nuclear capabilities, laying out a tough road for President Donald Trump’s negotiations with the reclusive country.

“We currently assess that North Korea will seek to retain its [weapons of mass destruction] capabilities and is unlikely to completely give up its nuclear weapons and production capabilities because its leaders ultimately view nuclear weapons as critical to regime survival,” National Intelligence Director Dan Coats said during a hearing before the Senate Intelligence Committee.

Trump, who has long pledged that North Korea will give up its nuclear weapons, is expected to hold a second summit with North Korean leader Kim Jong Un in late February.

The president last week maintained that progress is continuing to be made between the U.S. and North Korea to fully denuclearize the Korean peninsula, tweeting that “this is more than has ever been accomplished with North Korea” and that he expects “much progress” when the two leaders next meet.

However, there have been several reports that indicate that Pyongyang is not fully committed to dismantling their missile sites. A report from a think tank, Beyond Parallel, released last week revealed another undeclared missile site.

Coats said that Kim’s regime has “halted some provocative behavior” related to its nuclear program and that the country has not conducted any nuclear tests in more than a year. He said that Kim also “continues to demonstrate openness” to denuclearizing the area.

But he said that their assessments and observations show that some of North Korea’s activity is “inconsistent with full denuclearization.”

Coats added, “While we assess that sanctions on exports have been effective and largely maintained, North Korea seeks to mitigate the effects of the U.S.-led pressure campaign through diplomatic engagement, counter-pressure against the sanctions regime and direct sanctions evasion.”

The national intelligence director also found himself at odds with the president’s stance on Iran’s nuclear capabilities.

During the hearing, Coats said that Iran isn’t taking any steps to make a nuclear weapon, but said that officials have “publicly threatened to push the boundaries” of the Iran nuclear deal if it did not see any benefits from it.

Gina Haspel maintained “at the moment, technically they’re in compliance” with the deal.

Trump last year withdrew from the deal, claiming that Iran would be able to acquire a nuclear weapon if the deal remained. Despite Trump’s decision to leave the deal, many European allies still support the agreement.

“We do not believe Iran is currently undertaking the key activities we judge necessary to produce a nuclear device,” Coats said, but added that they have sponsored terrorism in both Europe and the Middle East, including the Houthis in Yemen and Shiite militants in Iraq.

Source: https://www.politico.com/story/2019/01/29/dan-coats-north-korea-nuclear-weapons-1133969
Droolin’ Dog sniffed out this story and shared it with you.
The Article Was Written/Published By: rmorin@politico.com (Rebecca Morin)