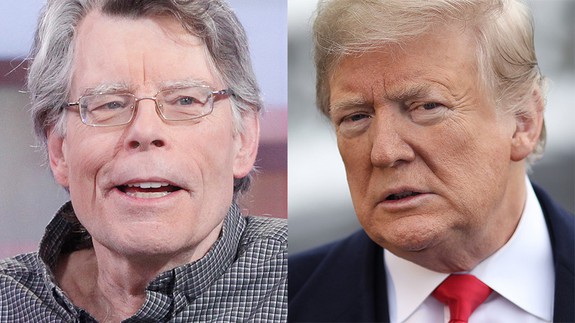 For a while, Donald Trump had Stephen King blocked on Twitter.

Not anymore, though. A judge ruled back in May 2018 that the President couldn’t block people, so these days the horror master is free to hit that reply button as often as he likes.

SEE ALSO: 37 of the most brutal Trump burns tweeted by Stephen King in 2018

And that’s exactly what he does. Not only does King regularly tweet about the President, but he also occasionally responds to Trump’s tweets directly.

Trump’s “WITCH HUNT” tweet over the weekend was the perfect example. Source: https://mashable.com/article/stephen-king-trolling-trump-twitter-replies/
Droolin’ Dog sniffed out this story and shared it with you.
The Article Was Written/Published By: Sam Haysom